Chris Christie just made stuff up about tunnel he canceled 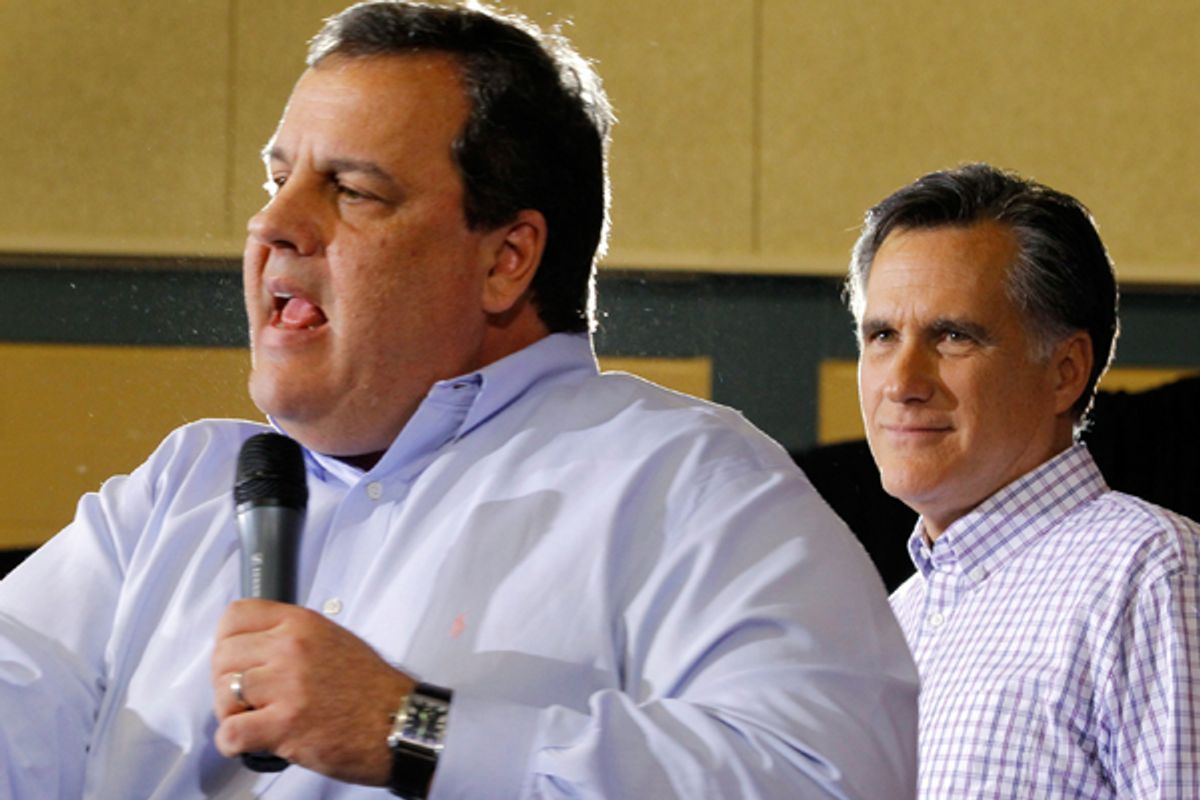 Whoops, turns out Chris Christie was just lying about everything when he canceled that train tunnel project in 2010.

Canceling the long-planned Access to the Region's Core rail tunnel project was likely the most high-profile decision Christie made in his first months as governor of New Jersey. The press generally treated it as a tough-but-necessary decision from a no-nonsense politician who was getting serious about the budget. It was actually just an incredibly short-sighted way of getting around a promise not to raise New Jersey's (very low) gas tax. And Christie lied about the reason he canceled the project, according to a study from the Government Accountability Office.

The New York Times has the details of the report today, and in classic Times fashion it is repeatedly calling Christie a liar without using the word. Instead, Christie "exaggerated" and "misstated" his rationales for canceling the project.

The report by the Government Accountability Office, to be released this week, found that while Mr. Christie said that state transportation officials had revised cost estimates for the tunnel to at least $11 billion and potentially more than $14 billion, the range of estimates had in fact remained unchanged in the two years before he announced in 2010 that he was shutting down the project. And state transportation officials, the report says, had said the cost would be no more than $10 billion.

Mr. Christie also misstated New Jersey’s share of the costs: he said the state would pay 70 percent of the project; the report found that New Jersey was paying 14.4 percent. And while the governor said that an agreement with the federal government would require the state to pay all cost overruns, the report found that there was no final agreement, and that the federal government had made several offers to share those costs.

The governor then took billions of dollars earmarked for the tunnel -- which would have relieved congestion on the two 100-year-old single-track cross-Hudson tunnels currently shared by Amtrak and New Jersey Transit -- and used it for Jersey's gasoline tax-funded infrastructure fund. Because keeping mass transit inefficient and gas taxes low is a really good example of "fiscal discipline" and tough decision-making.

The two extant tunnels currently operate at capacity, with minor delays growing into major disruptions of service on both systems' lines. So next time your train to Manhattan is hours late, New Jersey resident, make sure to thank your superstar governor for holding the line on gas taxes for people who decided to drive into the city.

Christie's office still defends the decision and I expect the governor to soon deflect criticism stemming from the GAO report by finding someone new to yell at for a YouTube video. Christie's willingness to brazenly lie about irresponsible budgetary decisions while somehow maintaining his "responsible fiscal conservative" cred is why so many Republican elites hoped he'd jump into the 2012 presidential race. There's always 2016!