The biggest gender gap ever

If it weren’t for the 19th Amendment, Mitt Romney would be leading the presidential race comfortably 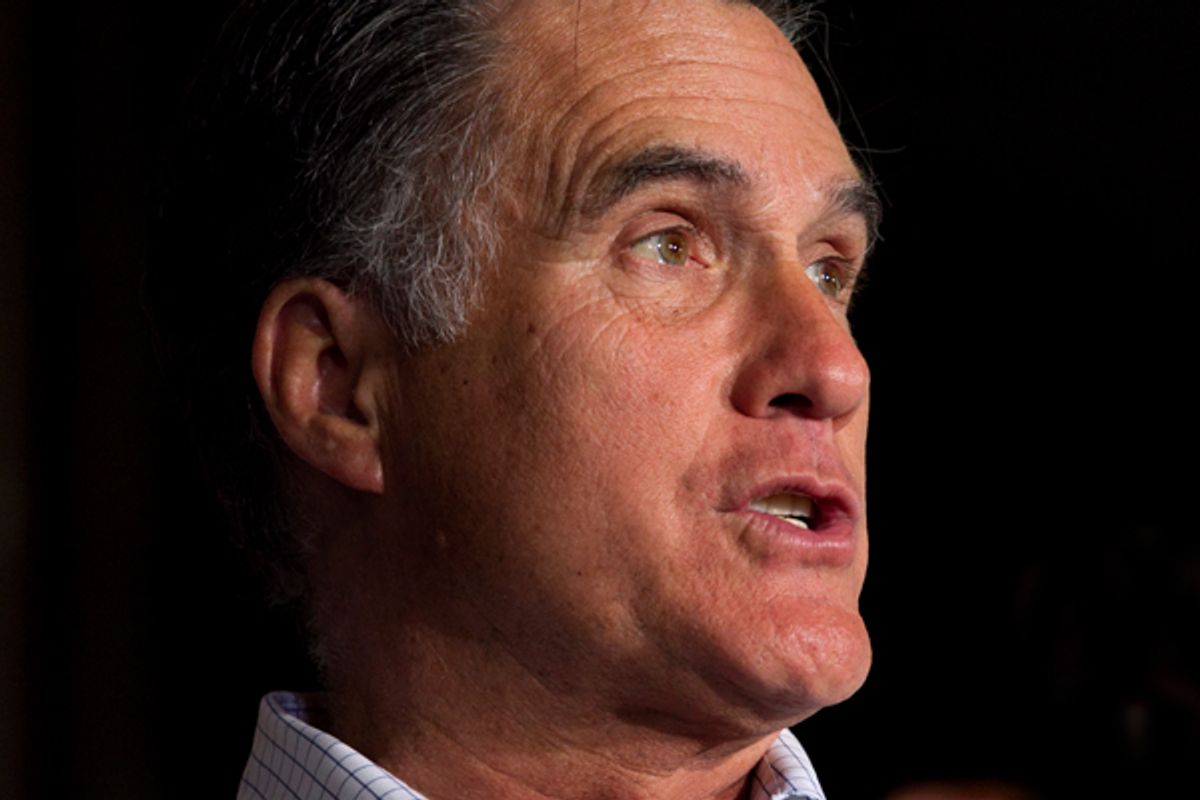 An ABC News/Washington Post released this morning offers the most dramatic and definitive evidence yet that the gender gap really is exploding. If the election were limited to male voters, Mitt Romney would actually be comfortably ahead of President Obama, 52 to 44 percent. But among women, Romney has fallen 19 points behind Obama, 57 to 38 percent, resulting in an overall 7-point deficit for the presumptive Republican nominee.

This comes a week after a poll of 12 swing states found similar results, with Obama opening up an 18-point cushion among women, even as he barely broke even with men. It's true that gender gaps have been a regular feature of general elections since 1980, but as Gary Langer, who conducted the survey for ABC and the Post, points out, the current male/female split would be the biggest since polling began if it holds:

Obama did 12 points better vs. John McCain among women than among men in the 2008 election (+13 points among women, +1 among men) – almost exactly matching the average (a 13-point differential for the Democrat) in exit polls since 1976.
Highs, computed in this way, were a 22-point gender gap in 2000 and 17 points in 1996 and 1980 alike. Today’s figure is higher: Obama leads Romney by 19 points among women but trails by 8 among men, a 27-point difference.

Clearly, the fight Republicans picked with the administration over contraception has hurt the party's standing with female voters. The hopeful GOP response to this is that the contraception battle will be a distant memory by the fall -- that Romney, free from having to pander to his party's primary electorate, will be free to ignore the subject and focus instead on jobs and the economy. At the same time, you can expect Democrats to try to force the issue in the general election, making Romney choose between appealing to the middle or keeping a party base that's already unenthusiastic about him from sitting out the election. Romney's vice-presidential selection could also complicate things; if he tries to please Christian conservatives with his pick, he could end up with a running mate who ignites the culture war politics that he wants to avoid.

For now, at least, the gender gap has altered the makeup of Obama's coalition. The overall 7-point lead he enjoys over Romney in the ABC/WaPo poll is identical to his 7-point margin of victory over John McCain in 2008. But since '08, Obama has lost serious ground among white men who don't have college degrees; and he's made up for it with substantial gains among women who are college-educated. Just compare Obama's performance among a few key groups in the ABC/WaPo poll with how he did in '08 (thanks to ABC's Langer for providing the new numbers):

As Ron Brownstein, who first noted the college/non-college split last week, points out, the college-educated women breaking Obama's way tend to be more culturally liberal than the "waitress moms" who aren't. In theory, this means the gender gap could get even bigger; for that to happen, Obama would need to cement his gains with college-educated women while also developing a message that speaks directly to the economic concerns of non-college women, as Bill Clinton did in his 1996 reelection campaign.