A Salon troll on the couch

Angry comments are one thing. But what's behind the urge to slam writers with psychiatric diagnoses? 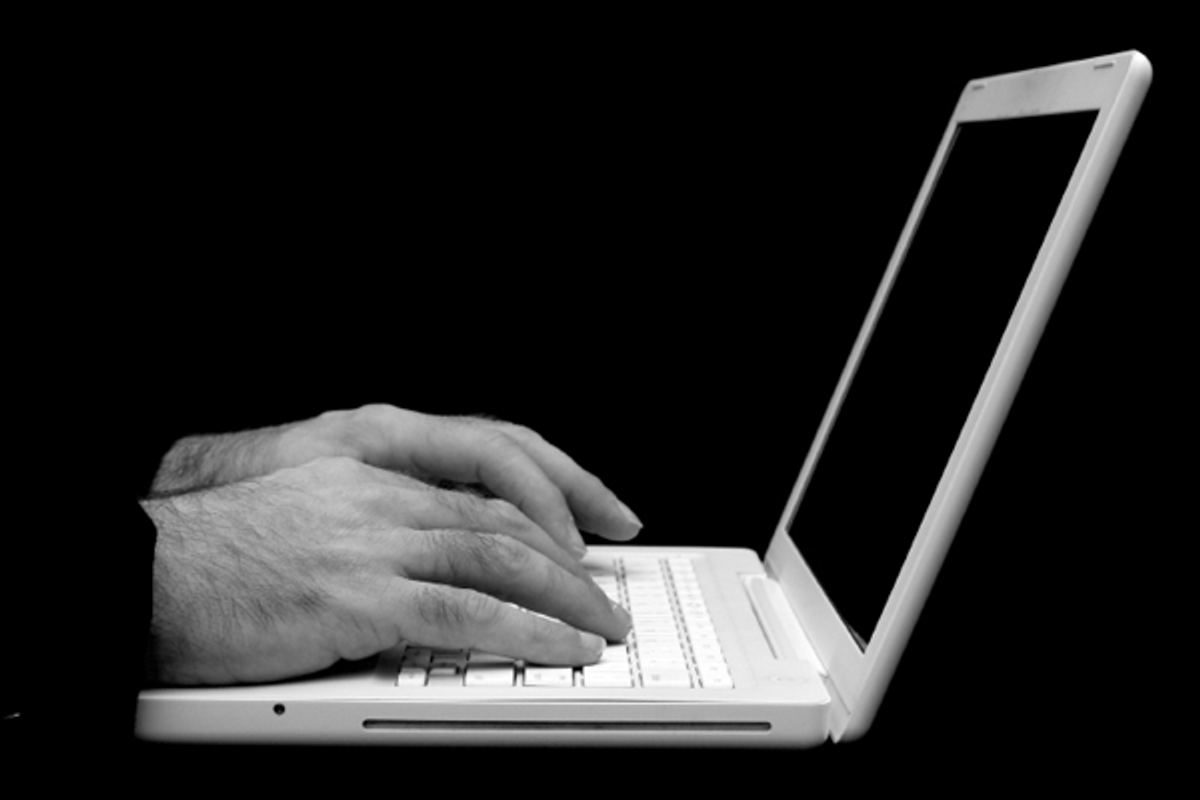 In the spirit of open dialogue, we asked Pauline Gaines -- the pseudonymous writer of the blog The Perils of Divorced Pauline, who also contributes to Open Salon -- if we could publish this post, which originally appeared on her site, and takes a critical look at Salon's Comment section. We're curious to hear what you think. . . of course, in the Comment section below.

On Monday, Huffington Post Parents ran a post by novelist Jennifer Coburn responding to critics of her earlier Salon piece in which she described her intense reaction to the text breakup her 14-year-old daughter received from her first boyfriend.

HuffPo Parents editor Lisa Belkin had written an essay shortly after the Salon piece ran, in which she questioned the ethics of bloggers who expose their kids’ private lives for big blog traffic and book deals, citing Coburn and fat-shaming mom Dara Lynn-Weiss as prime examples of blurry-boundaried mommy bloggers.

Commenters on Belkin’s essay slammed Lynn-Weiss and Coburn for pimping out their kids. Coburn didn’t see things quite that way — she said she wrote her original post with her daughter’s blessing — and in her HuffPo Parents post, she described what it was like to be on the receiving end of over-the-top vicious comments made on the basis of reading one essay. A few commenters on her Salon piece, she said, even accused her of having borderline personality disorder.

Which is a pretty big insult because borderline personality disorder looks something like this.

That rang a sinister bell: When my piece on the prospect of losing custody of my son ran on Salon last year, one commenter said I had histrionic personality disorder – HPD being the slightly less deranged fraternal twin sister of BPD. Now I was really intrigued. Since Salon compiles pages of each registered commenter’s comments, I was able to do some easy reconnaissance work on the commenter I will refer to as Tommy DiTrolla. In 42 pages of comments on hundreds of Salon essays dating back to 2005, Tommy accused roughly half the writers of having a personality disorder.

Why? Because Williams writes about her cancer, in Tommy’s esteemed opinion, solely to seek sympathy. He accused her of having histrionic personality disorder as well, which means I’m in excellent company.

Tommy had some choice labels for other writers.

I think we all know what an ass looks like.

And a bunch of lesser-known writers like me were certifiable narcissists, borderlines or histrionics.

But what is his “theorizing” really culled from? According to psychologists who study the behaviors of Internet trolls, much of the latter’s assertions about bloggers are actually projections of their own issues and life experiences.

And this indeed proved to be the case with Tommy. After browsing his copious comments, in which he revealed bits of his own personal history, I discovered that his obsession with diagnosing bloggers stemmed from being mired in the after-effects of a torturous divorce, during which he apparently lost custody of his two sons.

Whether through the slings and arrows of a truly narcissistic ex, or through frailties all his own, Tommy apparently was reduced to riding a bike for transportation and living in a trailer. Although he referred to his job as a professor of engineering, he clearly had a lot of time to kill riffing on the psyches of bloggers.

With all that energy spent reading, and researching personality disorders, it’s odd, and sad, that he hasn’t converted his strong opinions – some of which were actually lucid and based on solid research – into publishing pieces of his own.

There are a lot of Tommy DiTrollas lurking on the Internet these days, and Salon in particular is like a siren call for the angriest, stalkiest trolls around. For anyone who has been the target of rabid troll critiques, it feels like the cyber equivalent of being cornered by a bunch of middle-school Mean Girls out for a quick lynching.

While it’s true that confessional bloggers — of which I am one – should be prepared for some harsh words when they air their dirty linens in front of millions, no one should have to endure being publicly eviscerated. Especially on the basis of a single blog post.

On the other hand, smackdowns from trolls are becoming so commonplace that being labeled with a personality disorder is starting to feel like a compliment. Evidence of my writing talent, even!

But what do you expect from a borderline, histrionic narcissist?