Obama's plan to tax the rich won't become law any time soon, but will still play a major role in the campaign 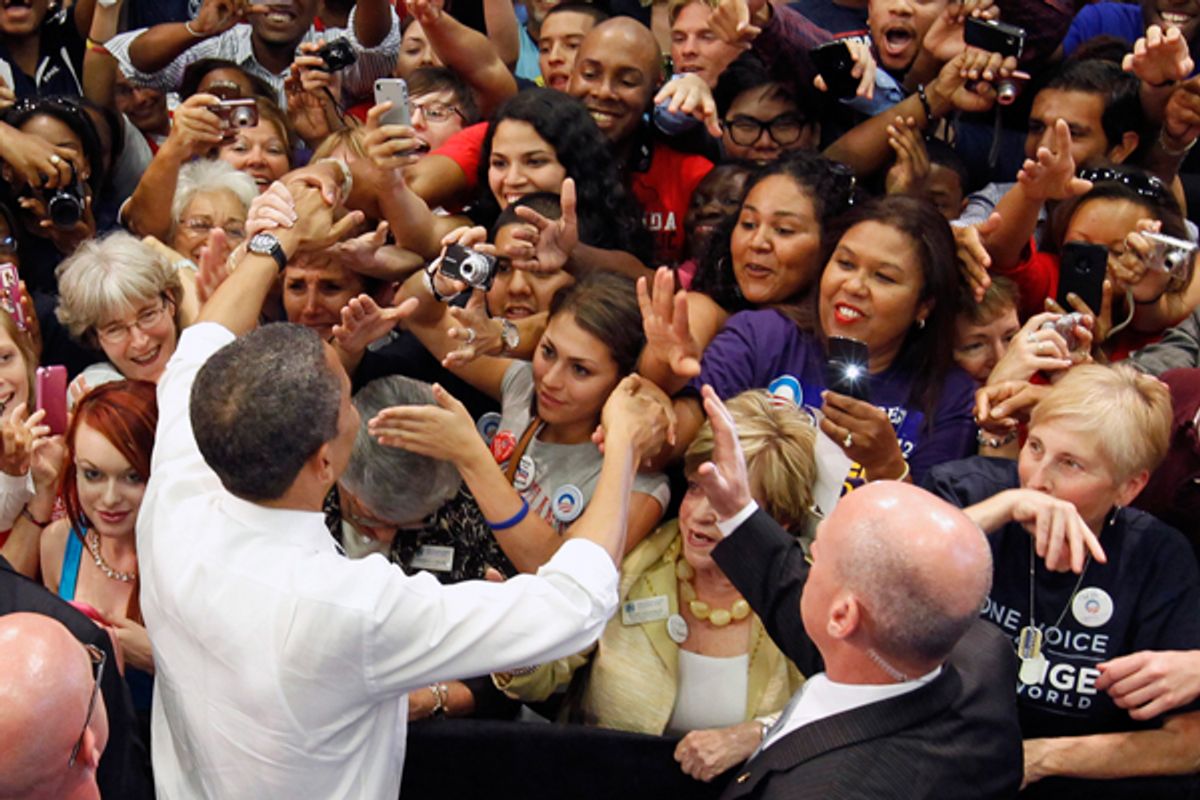 President Obama shakes hands with supporters after speaking about tax fairness and the economy in Boca Raton, Florida, on Tuesday. (Reuters/Kevin Lamarque)
--

1) What is the Buffett rule?

Inspired by financier Warren Buffett's revelation that his secretary paid a higher percentage of her income taxes than he did, the Buffett rule is a change in the tax code designed to ensure that the wealthiest Americans do not pay a lower share of their income in taxes than members of the middle class. According to a report released by the White House on Tuesday, 22,000 American households made more than $1 million in 2009 but paid a tax rate of less than 15 percent.

2) How is that possible?

Income generated from capital gains and dividends is taxed at a lower rate than wages and salary. The wealthiest Americans earn considerable income from their return on such investments.

3) How would the Buffett rule work?

By changing the tax code. The Paying A Fair Share Act of 2012 would create "a minimum effective tax rate for high-income taxpayers." Regardless of whether their income derived from long-term capital gains, dividends, wages or salary, Americans earning over $2 million a year would be required to pay a tax rate equal to 30 percent of their total income. Americans earning between $1 million and $2 million would pay a graduated rate approaching 30 percent.

4) What impact would the Buffett rule have on the nation's finances?

Trifling. Estimates of how much tax revenue would be generated by the Buffett rule range from $47 billion up to $160 billion over 10 years. Letting the Bush tax cuts on Americans earning over $250,000 a year expire would, in contrast, raise $800 billion over the next10 years.

5) What are the downsides of the Buffett rule?

From a progressive perspective, the downside is that the measure will not raise enough revenue to make a meaningful difference in the federal budget; the Buffett rule, in other words, won't solve the problem of paying for increasing Medicare costs. Conservatives argue that higher taxes on the wealthy will depress investment and thus hurt job creation, but the evidence for that assertion is weak.

6) What are the chances that the Buffett rule will become law?

Zero. The Senate is scheduled to vote on the Paying A Fair Share Act of 2012 next week, but Democrats will be unable to reach the 60 votes necessary to break an inevitable Republican filibuster.

President Obama's push for the Buffett rule is a strategic campaign move designed to capitalize on populist resentment generated by growing income inequality in America and to draw a sharp contrast between himself and Republican presidential candidate Mitt Romney, who only paid 14 percent of his income as taxes in 2010, on income of $42 million. It's politics, pure and simple.