Hesitantly, Mitt breaks with his party on equal pay 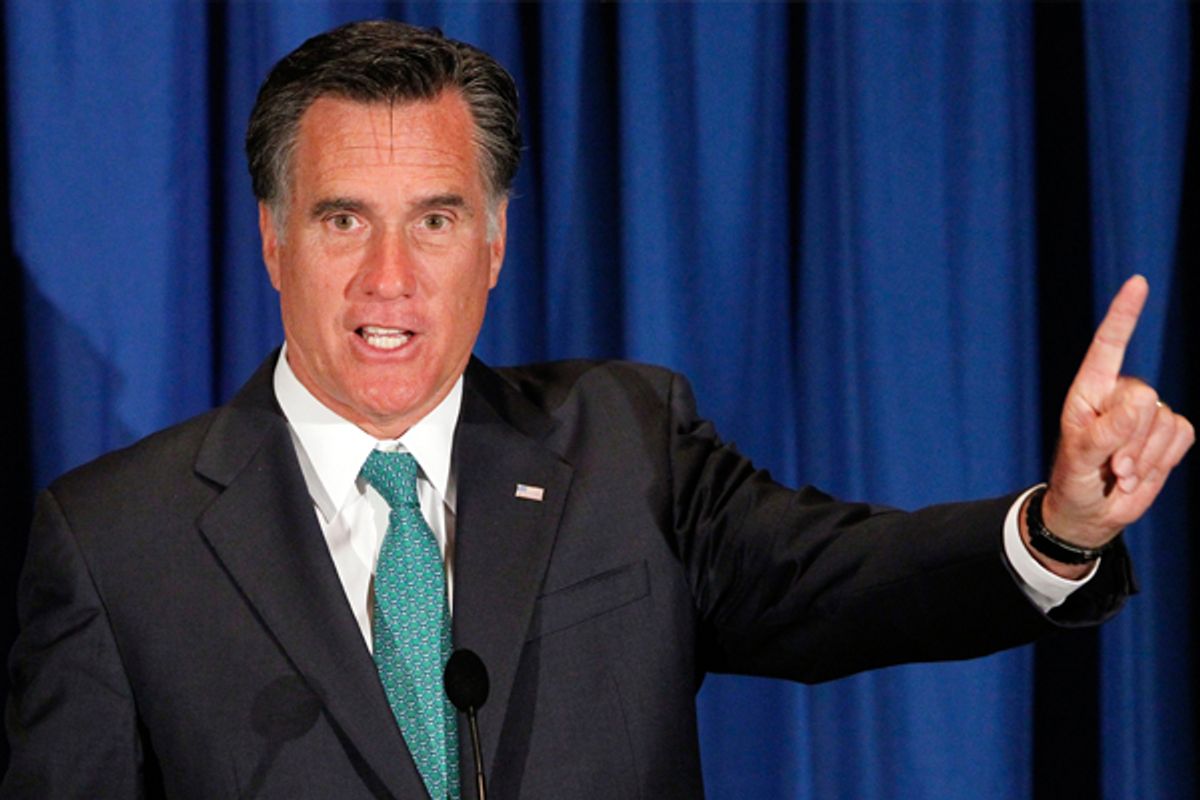 As soon as Rick Santorum ended his presidential bid on Tuesday, Mitt Romney's campaign made it clear that they viewed it as an opportunity to distance their candidate from a Republican nominating process that has inflicted serious damage on his image. “Voters will now look at Mitt differently and through a different prism," a Romney aide told the Washington Post. "We can use this new beginning as an opportunity to reintroduce the campaign and the candidate.”

But already we have a clear reminder of the unique challenge he'll face in trying to separate himself from a party that is viewed unfavorably by nearly six in 10 voters. On a conference call that was supposed to be devoted to condemning President Obama'a economic record, three Romney advisors were asked whether the candidate supported the Lilly Ledbetter Fair Pay Act, one of the first laws that Obama signed as president. They didn't have an answer. Only later, after Obama's team pounced with a statement blasting him, did Romney's campaign say that he "supports pay equity and is not looking to change current law" -- which immediately prompted groans from conservatives.

This illustrates perfectly the bind that Romney is in as he tries to broaden his appeal for the fall campaign. The Ledbetter Act, which eases restrictions that made it impossible for many women who were the victims of pay discrimination to pursue legal action, has a popular ring to it and is the sort of law that most swing voters are probably inclined to say they support. And it has particular resonance with women, a group that Romney -- and the entire GOP -- is struggling mightily with. From a general election perspective, it makes a world of sense for Romney to say he likes the law.

But it isn't just any law -- it's a law that President Obama championed on the campaign trail in 2008, signed almost as soon as he took office, and often cites as one of his signature achievements. It's also a law that passed in 2009 with just three Republican votes in the House and five in the Senate (and one of the Republican senators voting "yes" was Arlen Specter, who switched parties a few months later). So by saying he supports it, Romney risks insulting a Republican Party base that assumes anything Obama supports amounts to radical government overreach. It didn't take long for Philip Klein, a conservative writer, to respond on Twitter by calling the law "terrible" and "a bonanza for trial lawyers."

Consider this the first installment of a story that will be repeated many times from here to November. Romney only won the Republican nomination by endorsing the conservative view on every major issue. It was enough to prevent a full-scale rebellion during the primaries, but conservative leaders and activists are watching him closely for the first sign of a sellout. Given how restive and "purity"-obsessed the party's base is these days, Romney has far less space to maneuver than previous nominees. There will be plenty more Lilly Ledbetter moments over the next seven months.