Have antiabortion activists finally found a way to drive two women's clinics out of Mississippi and Alabama? 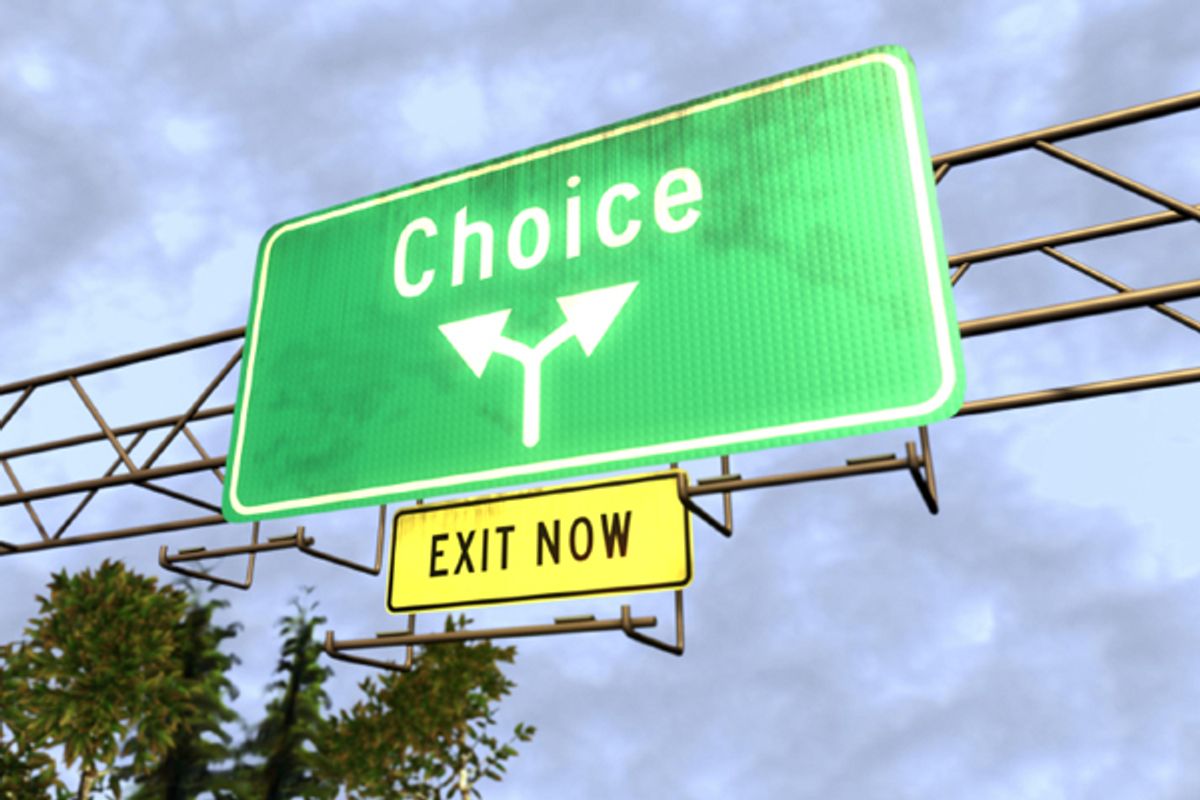 The New Woman All Women abortion clinic in Birmingham, Ala., survived a 1998 bombing, though Eric Rudolph’s terrorist attack took the life of a security guard and seriously injured a nurse. In Mississippi, Jackson Women’s Health is the last abortion clinic standing in the entire state. But both clinics, which share an owner, will likely soon close their doors – not by dint of violence, but by legislation, regulations and enforcement explicitly designed to shut them down.

Last week, Diane Derzis, who owns both clinics and several others, signed a consent order by the Alabama State Board of Health relinquishing New Woman All Women’s license to perform abortions by May 18. Any entity that might take on the license "must agree that it or he/she will not employ Diane Derzis" or another unnamed employee. Antiabortion activists celebrated, calling the clinic a “very dark and deadly place,” though the vast majority of the violations cited in the Board of Health’s report concerned record keeping and legibility of reports.

And any day now, Mississippi Gov. Phil Bryant is expected to sign into law a bill that would require abortion providers to have admitting privileges at a local hospital. Derzis told the press that would likely shut down the Jackson clinic. Only one of the three doctors who perform abortions at her clinic has such privileges, and hospitals commonly refuse to admit abortion providers. That was the goal: As Bryant said of the legislation, “As governor, I will continue to work to make Mississippi abortion-free.” Derzis vowed to challenge the law in court.

Derzis is no shrinking violet. She once jokingly said that her fellow clinic workers think “I’m such a hard bitch.” She was said to carry a Beretta to work (not unreasonable given two doctors she'd worked with have been murdered), and earned the nickname the “abortion queen.” But she didn’t respond to Salon's repeated requests for comment on the pending closures, and an employee at the Birmingham clinic said Wednesday that Derzis wasn’t speaking to the media.

Of all the innovative abortion restrictions passed from state to state, so-called TRAP laws – targeted regulation of abortion providers, which impose expensive and often unenforceable restrictions that other outpatient facilities aren’t subject to – may be the most insidious and the most effective. They often involve arcane building specifications and licensing requirements that, to the layperson, can sound either eminently sensible or too dry and boring to rally around. And by fighting them, providers risk falling into the anti-choice narrative that they are back-alley butchers who resist law enforcement, despite the fact that fewer than 0.5 percent of abortions involve complications that require hospitalization.

“We’ve seen these regulations become more and more onerous,” says Elizabeth Nash, state issues manager at the Guttmacher Institute. “Ten years ago, what you would think of as a clinic regulation law pales in comparison to what you see now. Not only are they affecting those clinics currently open, they are strong disincentive for those who would want to open a clinic.”

A 2008 Guttmacher Institute study found that a third of all women of reproductive age lived in the 87 percent of counties nationwide without an abortion provider. And the number of providers has declined: Between 2005 and 2008, Alabama went from 13 providers to eight. As Nash pointed out, the numbers have likely declined since then. In 2008, Mississippi had two abortion clinics; it currently has one – and soon may have none. If Jackson Women’s Health closes, it would likely mean women traveling to neighboring states, when possible, to seek abortions, which tends to result in later and more expensive abortions. (In Birmingham, Planned Parenthood still provides abortions.)

Derzis has been on the front lines of the abortion war since the 1970s, as a clinic administrator and owner, and as a litigant. In 1987, she accompanied the first teenager to the state of Alabama’s first hearing seeking permission to have an abortion without parental consent. In Marlene Gerber Fried’s book "From Abortion to Reproductive Freedom: Transforming a Movement," Derzis is described as a “tough, chain-smoking rail of a woman with dark blond hair and long red fingernails,” who on every anniversary of Roe v. Wade gives all of her patients “red roses and notes that tell them they are part of a critical, historical movement to protect a woman’s right to choose.” She briefly quit as director of Birmingham’s first abortion clinic, Summit, saying she had tired of the hostility. "I don't see any end in sight. We used to be able to laugh and talk on the picket lines." That was in 1996, but she was soon drawn back in when the owner of New Woman All Women volunteered to sell her his practice. And she oversaw the reopening of the clinic after the first fatal bombing of an abortion clinic in the United States. When Dr. George Tiller was murdered by an antiabortion terrorist, Derzis told CNN, "The only way they see to take care of this is to kill us. This is just the first of what I foresee as many more."

Last fall, when the proposed "Personhood" ballot initiative threatened to shut the Mississippi clinic, Derzis allied herself with the opposition group that had "Hell No" in its name, while Planned Parenthood and the ACLU opted for the more diplomatic "Mississippians for Healthy Families." A YouTube video from a Hell No on 26 and 27 (a voter ID initiative that, unlike Personhood, passed) rally shows Derzis describing the proposed constitutional amendment to give fertilized eggs full rights as "a law engineered by do-goodin' politicians, born agains, outsiders -- I'm gon' tell you what they are, they're evil people. Those are people who care more about the fertilized egg than the vessel containing it. That's how they look at us ... we are uteruses with legs."

New Woman All Women’s most recent troubles started when Derzis called 911 on Jan. 21 because two women had accidentally been given 10 times the intended dosage of the drug Vasopressin. The protesters outside – whom Derzis had repeatedly battled in court – said they photographed the women getting into the ambulance and filed a complaint with the Department of Public Health. According to the subsequent report, “the registered nurse that made the medication error has had disciplinary action taken against her by the clinic. Medical records and interviews with clinical staff at the clinic did not indicate the patients were in immediate danger.” But the subsequent investigation produced a 76-page report, which mostly details violations of documentation -- such as failing to have clear job descriptions for various employees and adequate orientation procedures -- and legibility of records. Other findings were more serious, such as a chart being signed off by a nurse who wasn't present in the clinic on that day and failure to document the monitoring of a patient who was given Pitocin. All added up to the surrender of the clinic’s license, rather than go through protracted negotiations.

In the meantime, women in Mississippi and Alabama are slated to have fewer safe options to end a pregnancy than they have in decades. Leola Reis, an external affairs officer for Planned Parenthood of the Southeast, which includes Alabama and Mississippi, points out that the initial lifting of state abortion bans in Roe v. Wade focused on the public health risk illegal abortions posed to women. “Do we want to go back to those times?” she said. “I don’t believe we do.”