A controversial new U.K. show follows disabled singles in their quest for love. Is it exploitative or progressive? 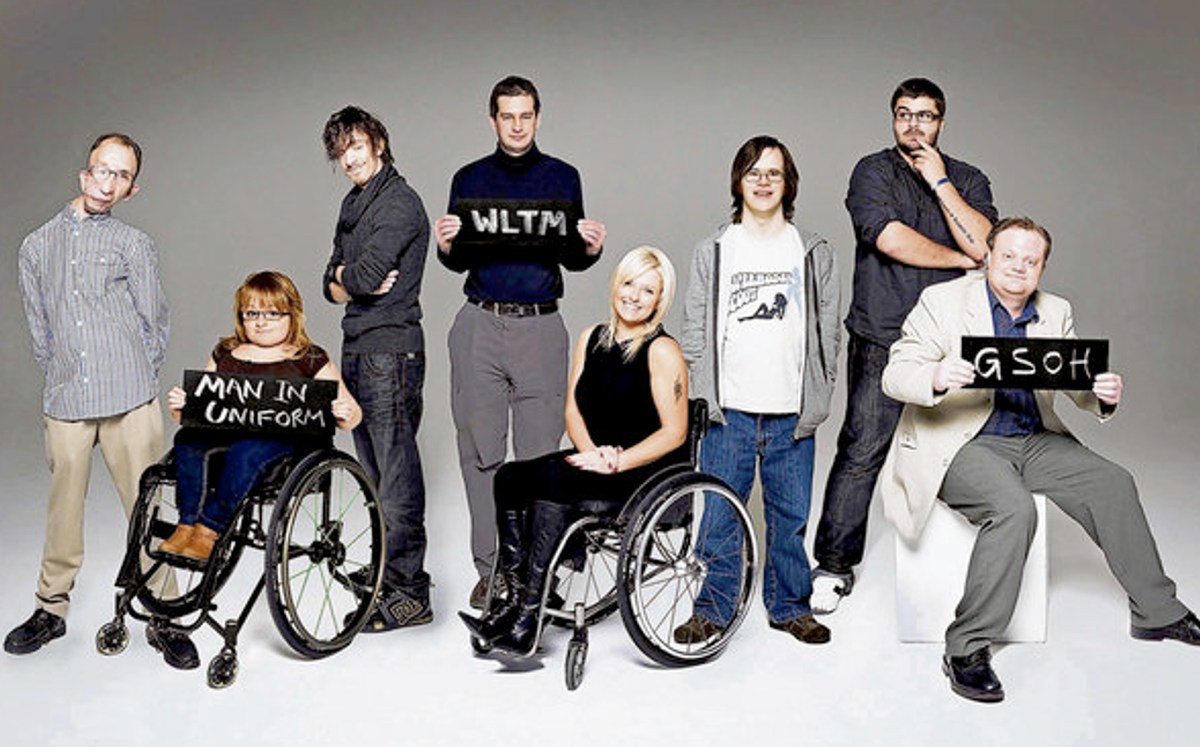 These are just a few of the stars, and awkward moments, of the new British documentary series that sets up disabled singles with a leading matchmaker service and then follows their search for love. The premise alone is ripe for debate -- and it doesn't help any that it's called "The Undateables."

The show, which premiered earlier this month (you can watch the trailer here), caused an explosion of controversy across the pond, with the Guardian declaring that Channel 4 has "hit a near impressive level of crass" and the Mirror saying that "the producers dress it up with a touchy-feely script safe in the knowledge the folks at home will laugh like drains." One writer described the popular public opinion that it is a "thinly veiled Victorian freak-show."

The vast majority of the criticism has come from non-disabled people, though, so I reached out to a few disability activists and writers for their take.

The problems start with the title, says Ouyang Dan, a writer at the blog Disabled Feminists. She tells me in an email, "I would almost, almost be more forgiving if the show's title didn't make me cringe so viscerally," she says. "Are we to understand that the people we are seeing are somehow not deserving or even capable of finding companionship?" Sure, the show might challenge the stereotype, and its own title, by showing that disabled people can in fact date, but she says, "I can't escape the niggling feeling that a general population of viewers won't see it that way, but rather as something to laugh at." Indeed, plenty of tweeters are LOLing about the awkwardness that arises on the show.

Some people with disabilities have actually come to the defense of the title, including Hadyn, a 24-year-old with facial deformities, who will be featured in an upcoming episode. In a video posted on YouTube, he argued that the name simply reflects the fact that "many people in society think disabled people are not dateable," and he points out that the show's opening credits show the "un" in "undateable" dropping off to read, "The dateables."

Lisa Egan, a Brit who blogs about disability issues, says, "Most of the people who've claimed that the title is offensive are either non-disabled people or disabled people who are in long-term relationships; often relationships that were forged before acquiring their impairment." She points to a Guardian survey finding that 70 percent of respondents would not consider having sex with a person with a disability. "The reality is that I am undateable," she says, adding, "I am undateable because we live in a world where disablist prejudice is ubiquitous."

That said, Egan does take issue with the actual content of the series. "My problem with the show is its obsession with 'confidence,'" she says. One of the issues with "the confidence rubbish" is that "there's an element of victim blaming going on," she explains. "If you're disabled and you can't get a shag it must be because you're just not confident enough. 'It's nothing to do with our prejudices, oh no. It's you. You must try harder.'"

Anna Hamilton, another blogger from Disabled Feminists, was turned off by the way the show presents people with disabilities "for the (televised) amusement of non-disabled viewers." That "tends to support a really tokenistic version of multiculturalism where the ultimate test of being an 'acceptable' disabled person rests on how much you can make non-disabled people relate to your life experience."

Whether it's the title or the actual substance of the show, Ari Ne'eman, co-founder of the Autistic Self Advocacy Network, says the most problematic aspect of the show is that it reinforces the stereotype that disabled people are loveless and sexless. That perception is "very damaging in very practical ways," says Ne'eman, who has Asperger syndrome. For example, "it often means that disabled people tend do not have the same sex education curriculums that non-disabled people do," which can make them "less aware of their reproductive rights and contraceptive options."

It isn't that disabilities can't present unique challenges when it comes to the romantic arena, but Ne'eman says, "The existence of those challenges doesn't mean that disabled people aren't dating, aren't having sex." It also doesn't mean that disabled people are the only ones who come to dating with personal hindrances and liabilities -- because, hello. That's part of why the show is so broadly relatable: First dates are awkward for everyone. The question is what else -- aside from a few yuks and gratitude for being non-disabled -- most viewers will bring home from the show.