What the “War on Moms” means

The Romney campaign invents a ludicrous meme to keep the outrage alive, raise some money, and fight the gender gap 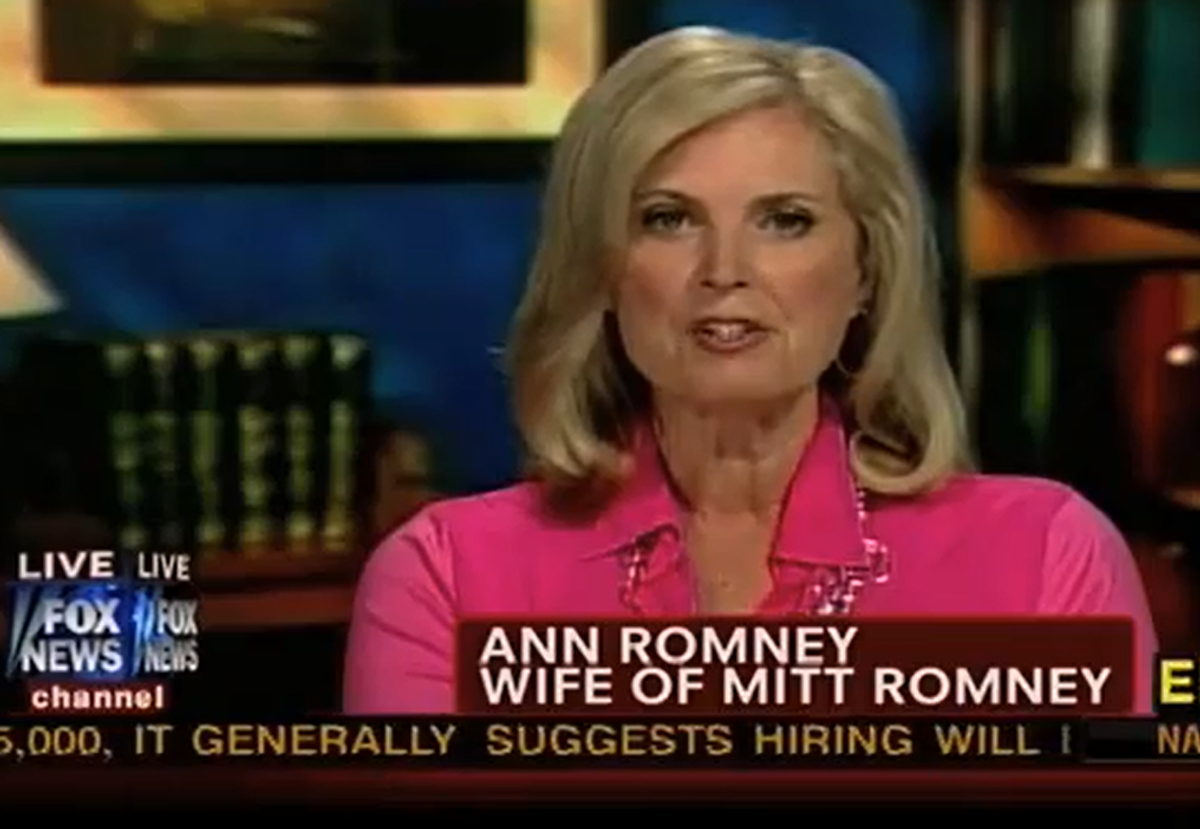 Two of the reasons Mitt Romney’s campaign is now claiming that Democrats are engaged in a “war on moms” are obvious: It extends the life span of what has proven to be an effective diversionary tactic, and it figures to bring in a few bucks too.

By pretending on Wednesday night that Hilary Rosen, a CNN commentator and political consultant who has no formal or informal ties to President Obama’s campaign, was an “Obama advisor” out to smear Ann Romney for staying home to raise her five sons, the Romney team successfully conjured a storm of conservative outrage and steered the media’s attention away from what had otherwise been a pretty rotten day for the presumptive GOP candidate.

It also managed to put the White House on the defensive. Between Wednesday night and the end of business Thursday, Obama’s campaign manager, his top political aide, his vice president and his wife all publicly rebuked Rosen – and so did the president himself. Rosen even came through with an apology for using “poorly chosen” words.

Of course, with Obama world refusing to play along and defend Rosen, the whole story was at risk of dying out quickly. Which is where the “war on moms” comes in.

The term was the subject line of a Romney campaign fundraising email sent out Wednesday afternoon. "If you're a stay-at-home mom,” the missive read, “the Democrats have a message for you: you've never worked a day in your life.” This capped a day in which Ann Romney, female surrogates (including Barbara Bush), clever Web ads, and even campaign merchandise were all employed to push the idea that Democrats look down on women who choose full-time motherhood over employment. From the Romney standpoint, the longer this subject dominates the news, the better – especially if it inspires aggrieved conservatives to express their solidarity by sending in money.

But there’s probably something else at work, too, and it has to do with how the Romney team hopes to cut into what is now a gigantic gender gap – a net difference of 27 points, according to a an ABC News/Washington Post poll this week, between Romney’s performance with men and women.

Look closer, though, and you’ll see some serious divisions among female voters. Overall, Romney trailed Obama by 19 points with women in the ABC poll. But the margin was mainly attributable to gains Obama has made among white women with college degrees, among whom he is now 21 points ahead of Romney. With this same group in 2008, Obama beat John McCain by only 5 points, and among non-college-educated white women he’s now performing at exactly the same level (42 percent) that he achieved in the ’08 election.

The divide, as Ron Brownstein has explained, reflects the tendency of better-educated, more upscale women to hold liberal cultural views. Thus, the GOP’s emphasis on contraception has pushed many of these women away from Romney and into the Obama camp, even as women who are more downscale haven’t budged. It’s this second group of women that the “war on moms” seems pitched to.

The success of Republicans in recent decades in stoking resentment of and hostility toward the national Democratic Party among the party’s traditional working-class base is a familiar story. One of the reasons Al Gore was unable to win the presidency in 2000 was that blue-collar and low-income white voters in states like West Virginia, Kentucky, Arkansas and Tennessee who had backed Bill Clinton in 1996 and 1992 came to associate his party with unacceptably liberal cultural values. The same problem haunted John Kerry in 2004, and even though Obama’s performance with these voters was better in 2008, it was still nowhere near Clinton’s level.

In the ABC poll, Romney leads Obama by 6 points among white women without college degrees. With the manufactured “war on moms,” the Romney campaign may see an opportunity to widen that gap, bringing down the overall gender gap in the process.

Granted, this whole episode still figures to fade out soon and to be long forgotten by the fall. But it’s a preview of what we can expect from Romney and his team. The gender gap is a huge problem for them, and if Obama’s massive edge among upscale women proves impregnable, they’ll have to make up for it at the other end of the scale.