His controversial poem about Israel may have lacked elegance, but it was also a dire warning about war with Iran 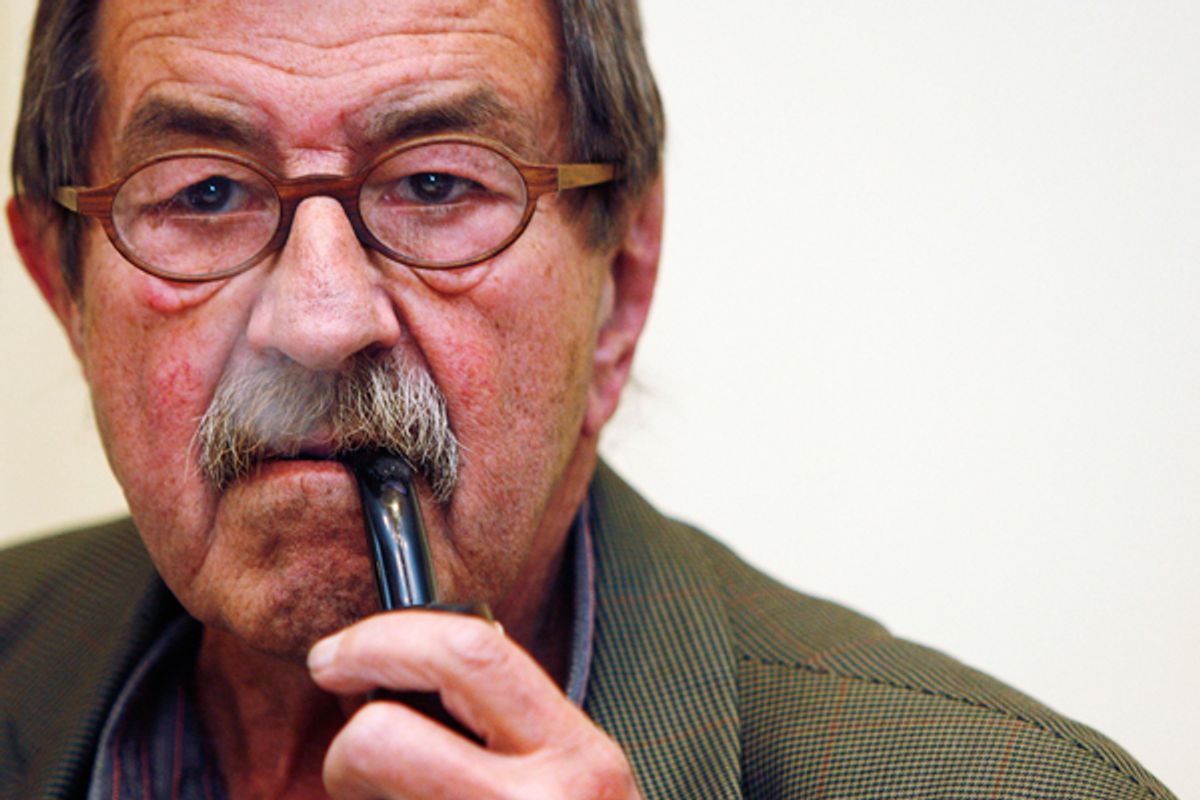 With his controversial poem on Israel and Iran, Günter Grass has irritated, provoked and outraged people everywhere. As Germany’s greatest living writer and a Nobel laureate in literature, he has also raised a question both inconvenient and impolite. How can decent people support a preemptive war against Iran for moving ever closer to a limited nuclear capability and, at the same time, turn a blind eye to Israel’s extensive arsenal of existing atomic bombs?

Especially in a country with so much Jewish blood on its hands, this is – or was – a question that no Good German should ask in public. It was even more verboten when asked by someone who had belatedly admitted that as a teenager he had served, however briefly, in the Nazi paramilitary unit, the Waffen SS. But the 84-year-old Grass dared to break the taboo. He spoke out and said “What Must Be Said.”

Yet why do I hesitate to name
that other land in which
for years—although kept secret—
a growing nuclear power has existed
beyond supervision or verification,
subject to no inspection of any kind?

Predicting he would be branded an anti-Semite, as he has been in full measure, Grass named Israel and called its atomic power a threat to “an already fragile world peace.” Nor did he stop there. He berated his own country for complicity by selling the Israelis “yet another submarine equipped to transport nuclear warheads.”

Germany had already given Israel two Dolphin-class submarines, and subsidized one-third of the $540 million cost of another. The Germans are planning to similarly subsidize the sale of the latest submarine.

Nuclear arms and submarines are enough to drag down any poem, and “What Must Be Said” lacks elegance and grace, at least in the English translation by Breon Mitchell. But as a poet, Grass risks even more in suggesting a political solution. Our leaders should renounce the use of force, he writes, directly countering Obama’s insistence on keeping a military option on the table. And they should “insist that the governments of both Iran and Israel allow an international authority free and open inspection of the nuclear potential and capability of both.”

No other course offers help
to Israelis and Palestinians alike,
to all those living side by side in enmity
in this region occupied by illusions,
and ultimately, to all of us.

Will any significant world leader take up the challenge and publicly support such an even-handed and common-sense approach? Not if the Israeli government of Bibi Netanyahu and his defenders in Europe and the United States have their way. Their purpose in reviling Grass as a Nazi and anti-Semite is precisely to silence anyone who might even consider following his lead.

Odds are that their campaign of vilification will succeed, at least in the short term. But they may be overplaying their hand. In Germany, most of the great and good came down against Grass and his breaking of the old taboo against attacking Israel. But once Israeli Interior Minister Eli Yishai banned Grass from entering the country, German politicians of all stripes have criticized Israel for its “absurd overreaction.” Even more encouraging, few leaders in the rest of Europe have picked up the cudgels against Grass, while several prominent Israelis have publicly rejected any suggestion that he is an anti-Semite.

One might see in all this evidence that growing numbers of people, Jews as well as non-Jews, are growing sick and tired of the old smear. Europe, the United States and several Muslim countries have enough instances of real Jew-hating that crying wolf just to stifle debate has become reckless and counterproductive. One might also see in the current furor signs that both Israel and Germany are becoming “normal countries,” though Grass would be the first to insist that he and his fellow Germans are “tarnished by a stain that can never be removed.”

But, “What Must Be Said” has little time to act as a brake on a dangerous military catastrophe, as Grass still hopes it will. For all the Obama administration’s diplomatic efforts through Turkey and others, the Israeli-American war on Iran kicked off covertly years ago with the training of dissident Mujahideen-e-Khalq terrorists and their targeted killings of Iranian scientists and engineers, as well as with the Struxnet cyberattacks on the Iranian centrifuges. Open war appears almost certain follow, and the only thing likely to stop it would be for hundreds of thousands of voices to call on world leaders to heed Grass' warning.