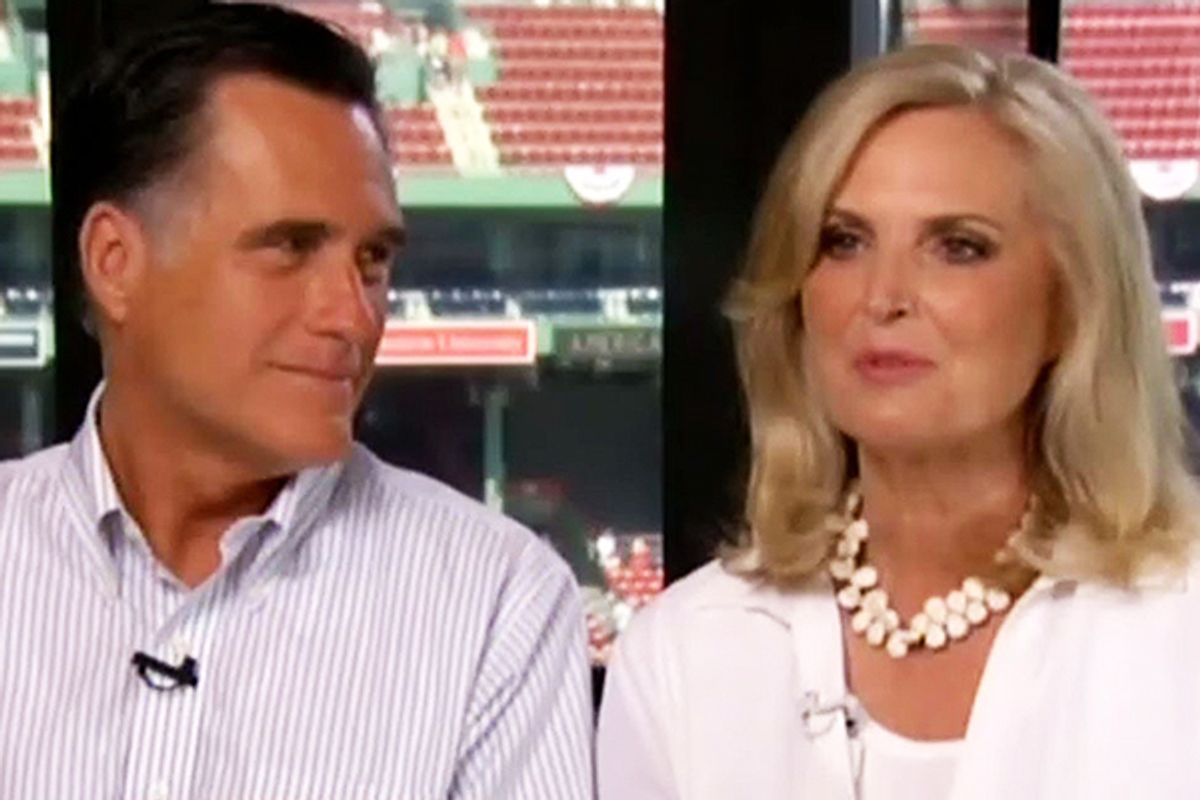 I found Ann Romney calling the Hilary Rosen controversy "a birthday present" a little odd. The outrage machine ginned up the culture war to defend Ann's "choice" to stay at home, but she's telling us she enjoyed it? She wasn't really hurt and offended? If the president had declared a "war on moms," as Republicans claimed, could she really experience that as "a birthday present"? Is it really all about Ann?

On "The Ed Show" last night I said it revealed Ann Romney's sense of entitlement, that she would call such apoplexy "a birthday present." But I hadn't even heard the most entitled part of her interview with ABC's Diane Sawyer, in which she exclaims, "It's Mitt's time. It's our turn now." In the same interview, her husband told Obama to "start packing," rather presumptuously (who orders around the president?), but Ann Romney declaring "It's our turn now" is even worse. Ann, the voters will decide that. Don't order the car elevator for the White House quite yet.

On CNBC Tuesday night, the candidate himself sat down with former Reagan staffer Larry Kudlow for a mostly admiring interview. Although it was interesting that after Romney got through slamming the Obama administration for "scaring" American businesses and generally wrecking the economy, Kudlow asked him to explain why the stock market is soaring. "Right now what you're seeing in stock prices is the fact that businesses are profitable," Romney acknowledged. Despite Obama, of course.

But Romney had one of his great Romney moments when Kudlow asked him if he thought the gains would continue. He tried to quote Yogi Berra, you know, like a regular Joe. Here's how it came out:

I'm not going to predict the direction of the stock market. I--you know, I always like to quote the Yogi Berra line or as close to it as I can, which is that Yogi Berra said, in effect, that he doesn't like making predictions, particularly if the future's involved.

"Yogi Berra said, in effect" is a perfect example of how not to quote Yogi Berra. That's old Mitt winging it.

Here's my conversation with Ed Schultz and E.J. Dionne about Romney Family Entitlement: