Influence by Matisse, this Italian aritst has illustrated everything from creative maps to Occupy commentary 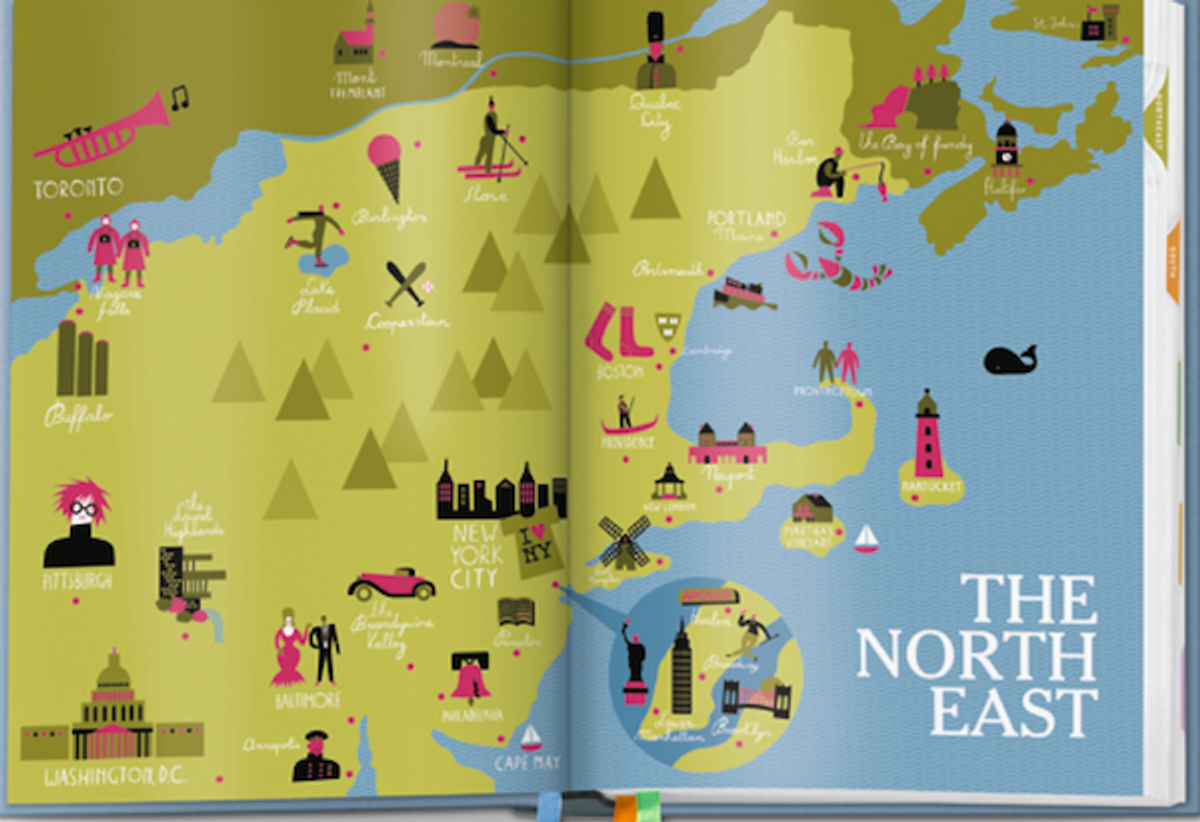 Olimpia Zagnoli, it can be said, is the youngest New Visual Artist ever. Born on Feb. 29, 1984―a leap day― she has technically celebrated only seven birthdays. “When I was little, I thought I was magic,” Zagnoli says. Though she has so far proved to be without supernatural powers, her work itself is a sorcery of rich color, economical shape and blank space.

Raised in the midsize city of Reggio Emilia (and now living in Milan), Zagnoli credits her creative core to an artscentric kindergarten, as well as a high-school curriculum that focused on Latin and Greek classics. Art school, she says, held less helpful lessons than those she received from her parents, both artists.

Her influences and interests are obvious ― Matisse, Munari, Bass, Haring ― and she declares her style as “Graphic! Sixties! Europe!” Still, she’s grounded in this day and age. “It’s really important to speak the language of your time,” she says. “I’m always looking for something that doesn’t belong to this era, but not when it’s just nostalgia.”

Appearing regularly in the New York Times, the Guardian, the New Yorker and Vice, Zagnoli’s work has an old-fashioned kindness and sensitivity; these are illustrations you want to be friends with. “I think that shapes and colors help me a lot,” she says. “They have a history behind them. If you use a red, red is already a message. If you use a circle, that is something everyone can recognize. I am hanging out with them for a bit, and at the end of this encounter I start working.”

Following the accolades she has received from her work on the Times’ iPhone app the Scoop, as well as her cover for American Illustration, Zagnoli hopes to spend more time this year on personal projects, expanding her approach to ideas and materials. “Now is the time for me to experiment with new stuff,” she says. “I’m learning how to become less literal.” And this year she got to celebrate her actual, magical birthday.