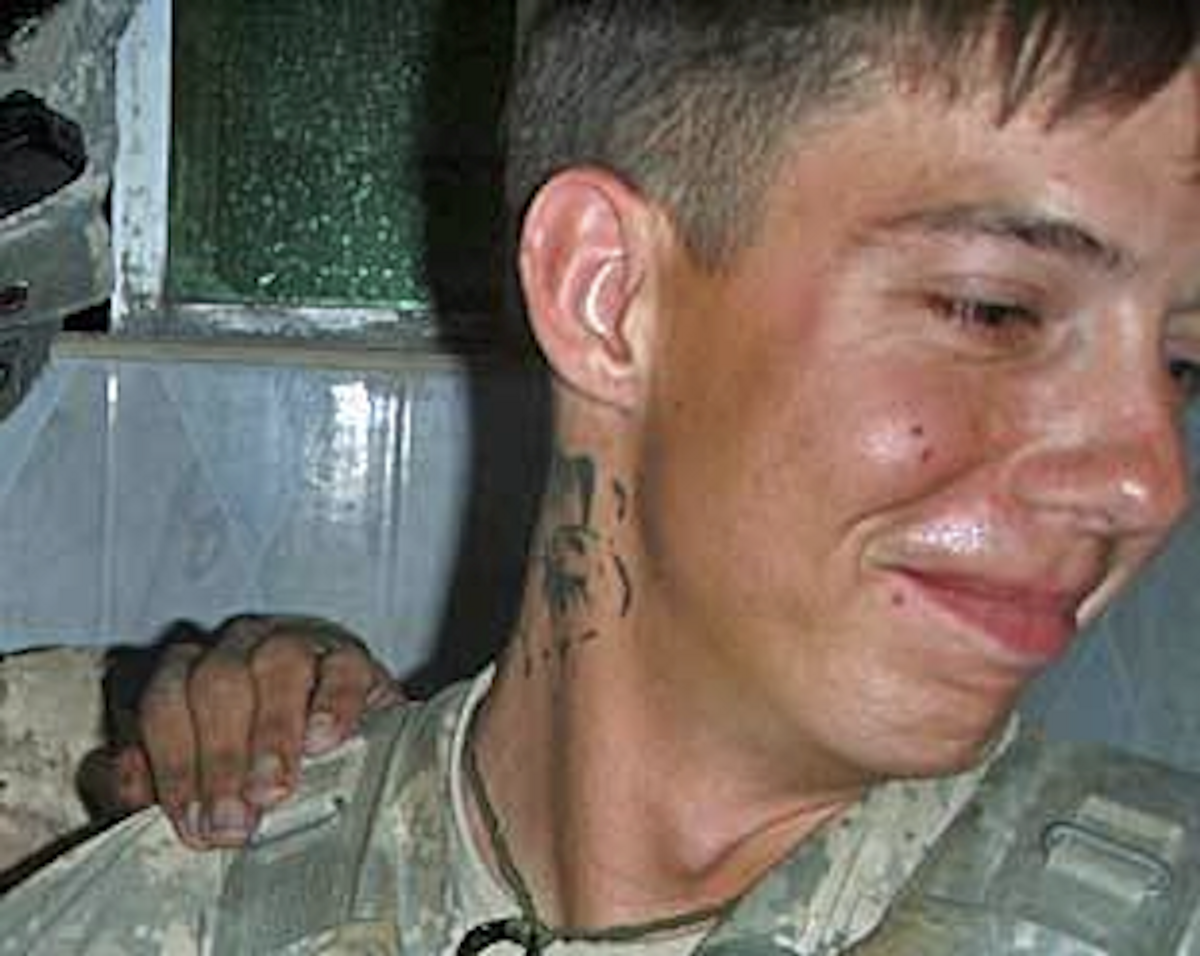 In a cropped version of a photo released by the LA Times, a soldier from the Army's 82nd Airborne Division with the body of an Afghan insurgent killed while trying to plant a roadside bomb (Los Angeles Times)
--

The Los Angeles Times released photos on Wednesday showing American troops posing with the mangled corpses of Afghan suicide bombers, leading the Pentagon to issue a strongly worded statement condemning the actions in the pictures, which were taken in 2010.

The photos were provided to the newspaper by a soldier distressed about the actions of his division. He sent 18 photos saying they pointed "to a breakdown in leadership and discipline that he believed compromised the safety of the troops," the newspaper wrote. The Army requested the newspaper withhold the images.

In a statement, the Pentagon said, "The secretary is also disappointed that despite our request not to publish these photographs, the Los Angeles Times went ahead. The danger is that this material could be used by the enemy to incite violence against U.S. and Afghan service members in Afghanistan." The Pentagon promised to take all measures necessary to protect troops from a public backlash.

"These images by no means represent the values or professionalism of the vast majority of U.S. troops serving in Afghanistan today," Pentagon spokesman George Little said.

The LA Times quoted its editor, Davan Maharaj, as saying, "After careful consideration, we decided that publishing a small but representative selection of the photos would fulfill our obligation to readers to report vigorously and impartially on all aspects of the American mission in Afghanistan, including the allegation that the images reflect a breakdown in unit discipline that was endangering U.S. troops."

The U.S. military is still reeling from the January release of a video showing Marines urinating on Afghan corpses, and riots in February following the news that troops burned copies of the Quran, Islam's holy book. Those riots killed 30 Afghans and six Americans. In March, Army sergeant Robert Bales went on a shooting rampage and killed 17 Afghan civilians, including 9 children. Bales has been charged with 17 counts of premeditated murder, according to the Associated Press.

CNN reported that the paper told the Pentagon about the pictures in March, which resulted in a criminal investigation.

George Wright, an Army spokesman, said, "such actions fall short of what we expect of our uniformed service members in deployed areas," according to the LA Times.