The conservative base is finally with Romney, but now he has to keep it from revolting for six long months 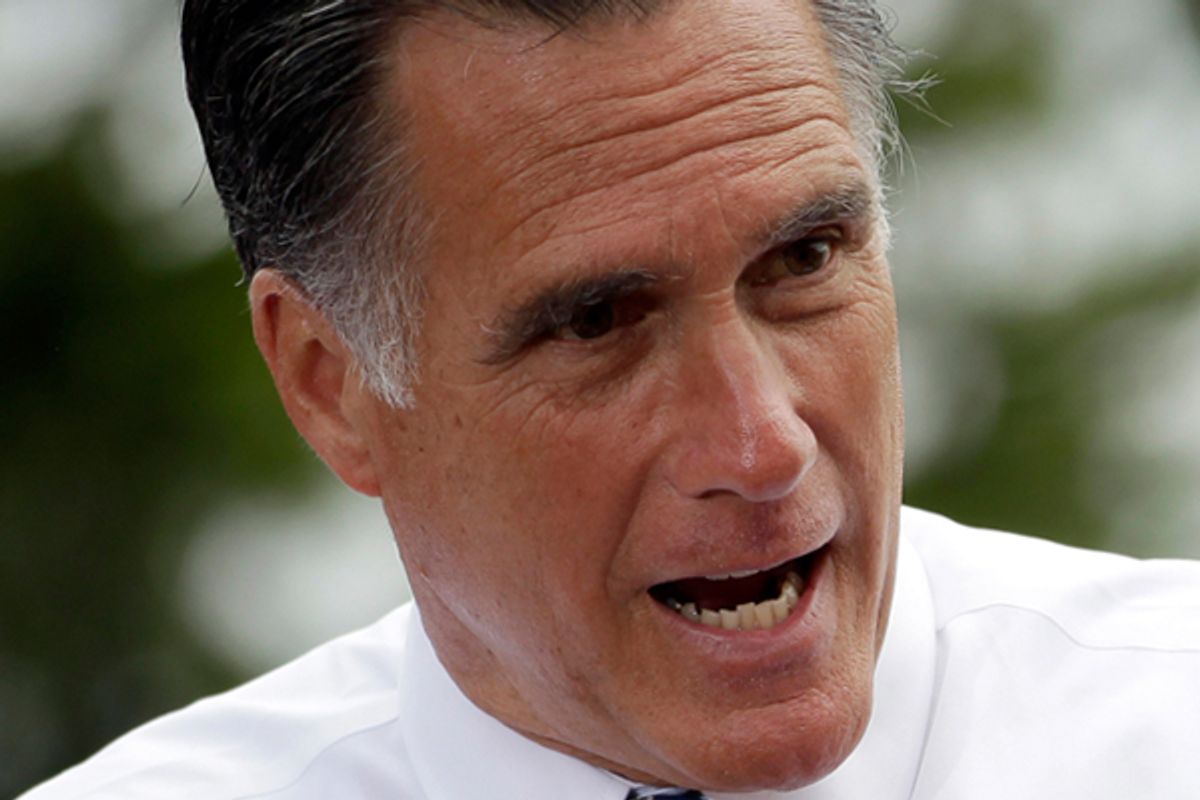 It’s been a week since Rick Santorum’s exit cemented him as the presumptive Republican nominee, and Mitt Romney’s general election standing seems to be improving a bit.

A new CBS News/New York Times survey shows Romney tied with President Obama among registered voters with 46 percent each, while a Pew poll pegs Obama’s lead at 4 points – down from 12 a month ago. And Romney has actually been leading in Gallup’s daily tracking poll this week. Overall, the Real Clear Politics polling average has Obama ahead by 2 points; on the eve of Santorum’s exit last week, that margin was 5.

It’s pretty clear what’s going on here: Support for Romney among Republicans is hardening, with conservatives who were lukewarm (at best) to him in the primary season now uniting behind their party’s standard-bearer. But there are two catches, each of which significantly complicates the general election imperatives that Romney now faces.

The first has to do with the conservative base of the Republican Party – the white evangelical Christians and Tea Party true believers who continued to resist lining up with Romney in the primaries even as his nomination became inevitable. They are still nursing serious doubts about him. According to the CBS/NYT poll:

Among Republicans with reservations of Romney are primary voters who identified themselves as white evangelicals, conservatives and supporters of the tea party movement. Half of white evangelicals told pollsters that they had reservations about Romney over the 27 percent who supported him enthusiastically. Romney received enthusiastic support from more than a third (36 percent) of conservatives and tea party backers; however, 41 percent have reservations about him.

The good news for Romney is that more than 90 percent of Republicans who still say they’d prefer Santorum or Newt Gingrich to be the nominee also say they will support Romney against Obama. (Seventy-six percent of Paul’s backers say the same thing.) But their continued support may come at a price.

Romney, after all, managed to secure the nomination only by strenuously avoiding friction with the base. On every major issue, he aligned himself with the party’s Obama-era orthodoxy, and when he attacked his GOP opponents, he made sure to do it from their right. This, of course, was in response to conservatives’ built-in suspicions about whether he really is one of them. So far, he’s given them what they want, at least in terms of policy positions. But they’re watching him closely, looking to see if he sells them out to appeal to the middle of the electorate against Obama – and ready to raise hell if he does.

This is producing some awkwardness already, like when Romney said that he wouldn’t go out of his way to get rid of the Lilly Ledbetter Fair Pay Act (what general election voters like to hear) but refused to say whether he would have signed it as president (thus avoiding a position that would put him directly at odds with the base). The overall effect was to reinforce the image of Romney as spineless. Expect to see more of this straddling in the months ahead. Romney faces more pressure than previous GOP nominees to keep his party’s base happy, but he also seems to recognize that fully embracing its agenda will be suicide in the fall.

This relates to the other catch in Romney’s improved poll standing. As Pew’s write-up notes, for all of the doubts that conservatives have about him

…commitment to Romney is substantially weaker among moderate and liberal Republicans and those who do not agree with the Tea Party. While at least eight-in-ten in each group say they prefer Romney to Obama, only about two-thirds of each say they firmly back Romney and will definitely not change their mind.

These are the types of voters Romney risks losing to Obama if he caters too much to the conservative base. But his efforts at straddling may be just as costly. As NBC’s First Read notes, in a focus group of 12 Republican and Republican-leaning voters in Florida this week, the biggest single concern about Romney seemed to be his lack of a core. “Make a stand whether people like it or not,” counseled one participant, while another offered that he needs to “stick to something.”

But let’s say Romney takes this advice and stakes out a clear, bold-seeming position that puts him at odds with his party’s base. Even then, it might not have the desired effect. Because his  reputation for slippery opportunism is so well-established, any dramatic move to the middle by Romney might seem just as hollow as his pandering to the right.