Thomas Friedman: America's escalator is broken and only Mike Bloomberg can repair it 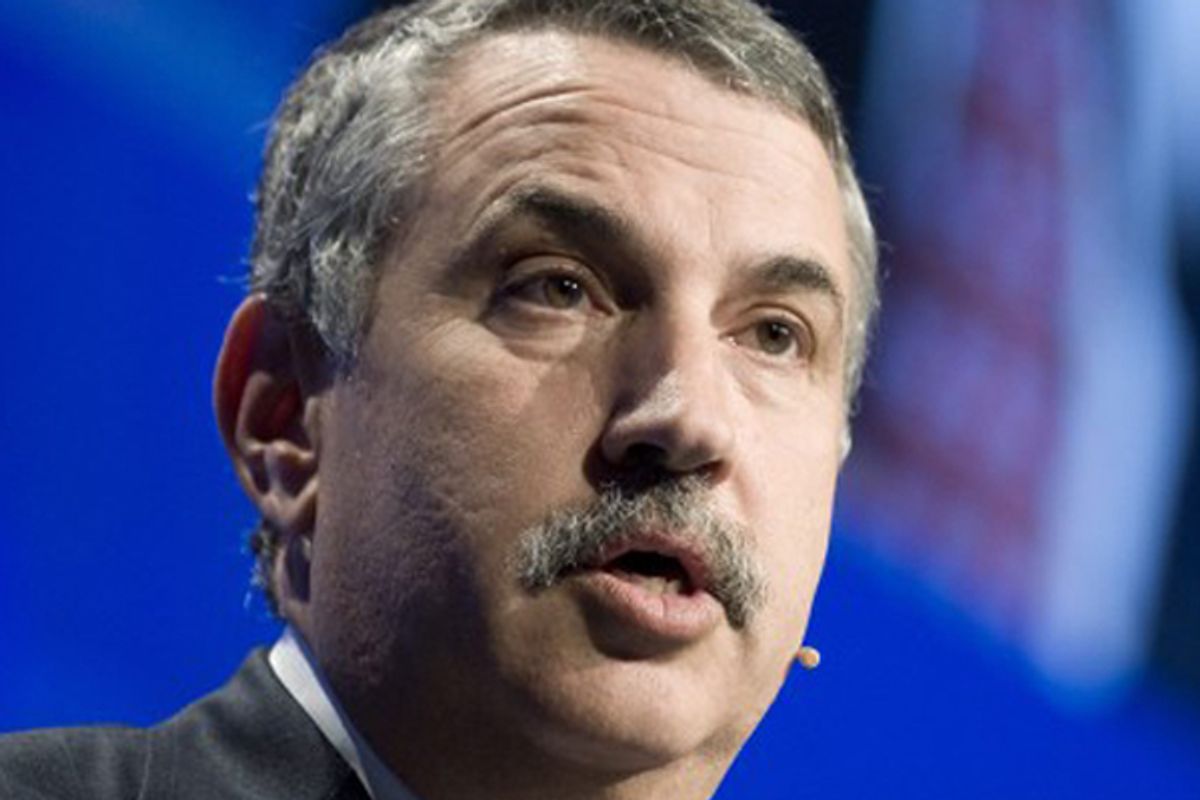 Thomas Friedman, globe-trotting superstar New York Times columnist and America's foremost Big Thinker, noticed recently that America is Broken, and by "America" he means an escalator, in a parking garage, at the train station in Washington. There is only one man who can fix this escalator that represents America: Famed escalator repairman and billionaire mogul Mike Bloomberg.

I had to catch a train in Washington last week. The paved street in the traffic circle around Union Station was in such poor condition that I felt as though I was on a roller coaster. I traveled on the Amtrak Acela, our sorry excuse for a fast train, on which I had so many dropped calls on my cellphone that you’d have thought I was on a remote desert island, not traveling from Washington to New York City. When I got back to Union Station, the escalator in the parking garage was broken. Maybe you’ve gotten used to all this and have stopped noticing. I haven’t. Our country needs a renewal.

And that is why I still hope Michael Bloomberg will reconsider running for president as an independent candidate, if only to participate in the presidential debates and give our two-party system the shock it needs.

Sure, yes, that is a very logical progression. "I had crappy cellphone service on the train because of the two-party system. Save me, Mayor Bloomberg." In Bloomberg's America, calls wouldn't be dropped! Under Bloomberg's aegis, every single escalator in New York is operational. Men are escalated to and from basements and mezzanines like kings in our shimmering parking garages that are an inspiration to the world.

Because he is a sophist and a fool, Friedman takes mild inconveniences suffered on a trip from one enclave of wealth and power to another to be proof of national decline and his prescription is based primarily on clapping really hard for Tinkerbell.

Bloomberg doesn’t have to win to succeed — or even stay in the race to the very end. Simply by running, participating in the debates and doing respectably in the polls — 15 to 20 percent — he could change the dynamic of the election and, most importantly, the course of the next administration, no matter who heads it. By running on important issues and offering sensible programs for addressing them — and showing that he had the support of the growing number of Americans who describe themselves as independents — he would compel the two candidates to gravitate toward some of his positions as Election Day neared. And, by taking part in the televised debates, he could impose a dose of reality on the election that would otherwise be missing. Congress would have to take note.

THE NEAR FUTURE: Mitch McConnell picks up the day's Washington Post. A1 headline: "BLOOMBERG CALLS FOR SENSIBLE SOLUTIONS ON IMPORTANT ISSUES." McConnell gasps! "Get me Boehner," he shouts. "It's time to get serious on comprehensive revenue-raising tax reform, and escalator repair."

What I enjoy most about this column is that it comes as the Times' grown-up columnists were having a debate about the merits and goals of "centrism" that had at least some sort of connection to observable political reality. Then little Tommy Friedman arrives with his touching plea for the magical third-party man to solve all of America's problems (broken escalators) with his centrism wizard staff. You can't even refute his argument, because there is no argument. "America needs leaders who share all of the priorities of the current administration but who have Big Ideas like fixing this broken escalator with tax reform."