The Bible preaches tolerance and liberal economics. So why do its proponents embrace right-wing politics? 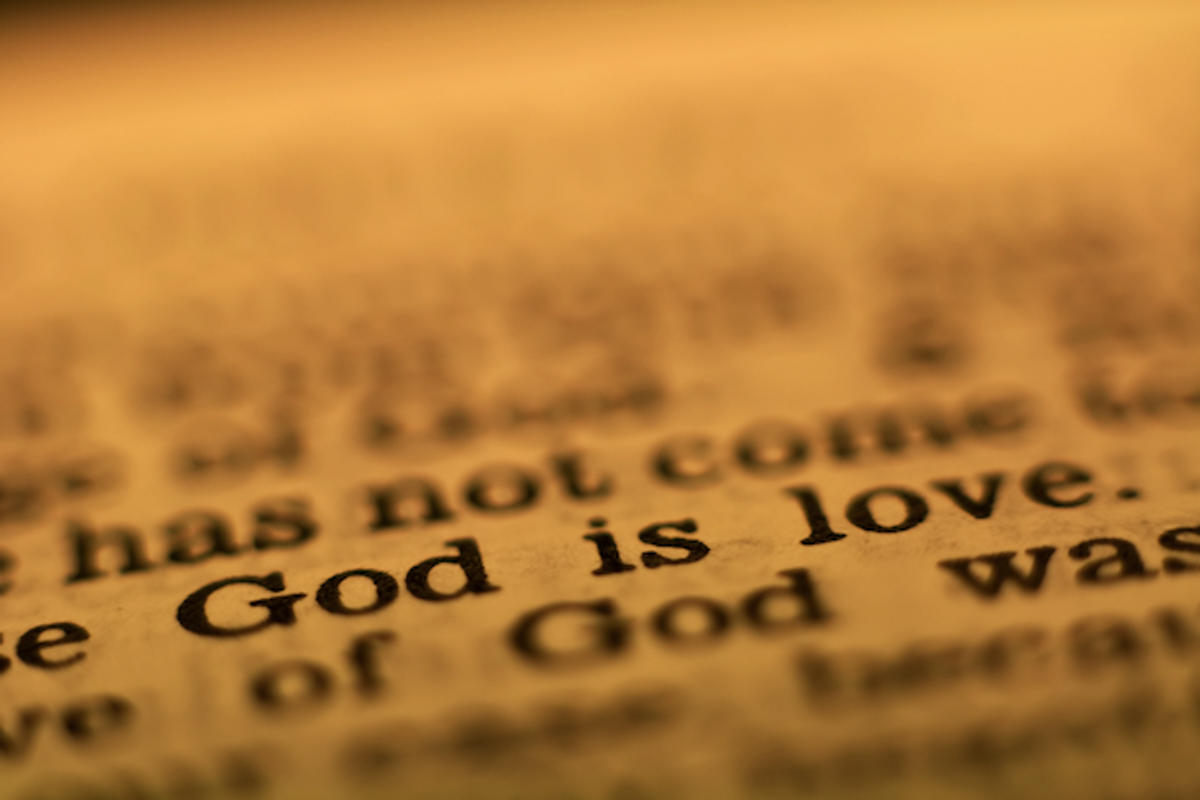 Here’s a newspaper headline that might induce a disbelieving double take: “Christians ‘More Likely to Be Leftwing’ and Have Liberal Views on Immigration and Equality.” Sounds too hard to believe, right? Well, it’s true -- only not here in America, but in the United Kingdom.

These findings are important to America for two reasons.

First, they tell us that, contrary to evidence in the United States, the intersection of religion and politics doesn’t have to be fraught with hypocrisy. Britain is a Christian-dominated country, and the Christian Bible is filled with liberal economic sentiment. It makes perfect sense, then, that the more devoutly loyal to that Bible one is, the more progressive one would be on economics.

That highlights the second reason this data is significant: The findings underscore an obvious contradiction in our own religious politics.

Here in the United States, those who self-identify as religious tend to be exactly the opposite of their British counterparts when it comes to politics. As the Pew Research Center recently discovered, “Most people who agree with the religious right also support the Tea Party” and its ultra-conservative economic agenda. Summing up the situation, scholar Gregory Paul wrote in the Washington Post that many religious Christians in America simply ignore the Word and “proudly proclaim that the creator of the universe favors free wheeling, deregulated union busting, minimal taxes, especially for wealthy investors, and plutocrat-boosting capitalism as the ideal earthly scheme for his human creations.”

The good news is that this may be starting to change. In recent years, for instance, Pew has found that younger evangelicals are less devoutly committed to the Republican Party and its Tea Party-inspired agenda than older evangelicals. Additionally, surveys show a near majority of evangelicals agree with liberals that the tax system is unfair and that the wealthy aren’t paying their fair share. Meanwhile, the organization Faith in Public LIfe has highlighted new academic research showing that even in America there is growing "correlation between increased Bible reading and support for progressive views, including abolishing the death penalty, seeking economic justice, and reducing material consumption.”

Of course, many Americans who cite Christianity to justify their economic conservatism may not have actually read the Bible. In that sense, religion has become more of a superficial brand than a distinct catechism, and brands can be easily manipulated by self-serving partisans and demagogues. To know that is to read the Sermon on the Mount and then marvel at how anyone still justifies right-wing beliefs by invoking Jesus.

No doubt, only a few generations ago, such a conflation of religion and right-wing economics would never fly in America. Whether William Jennings Bryan’s “Cross of Gold” crusade or the Rev. Martin Luther King Jr.’s poor people’s campaign, religion and political activism used to meet squarely on the left -- where they naturally should.

Thus, the findings from Britain, a country similar to the United States, evoke our own history and potential. They remind us that such a congruent convergence of theology and political ideology is not some far-fetched fantasy: It is still possible right here at home