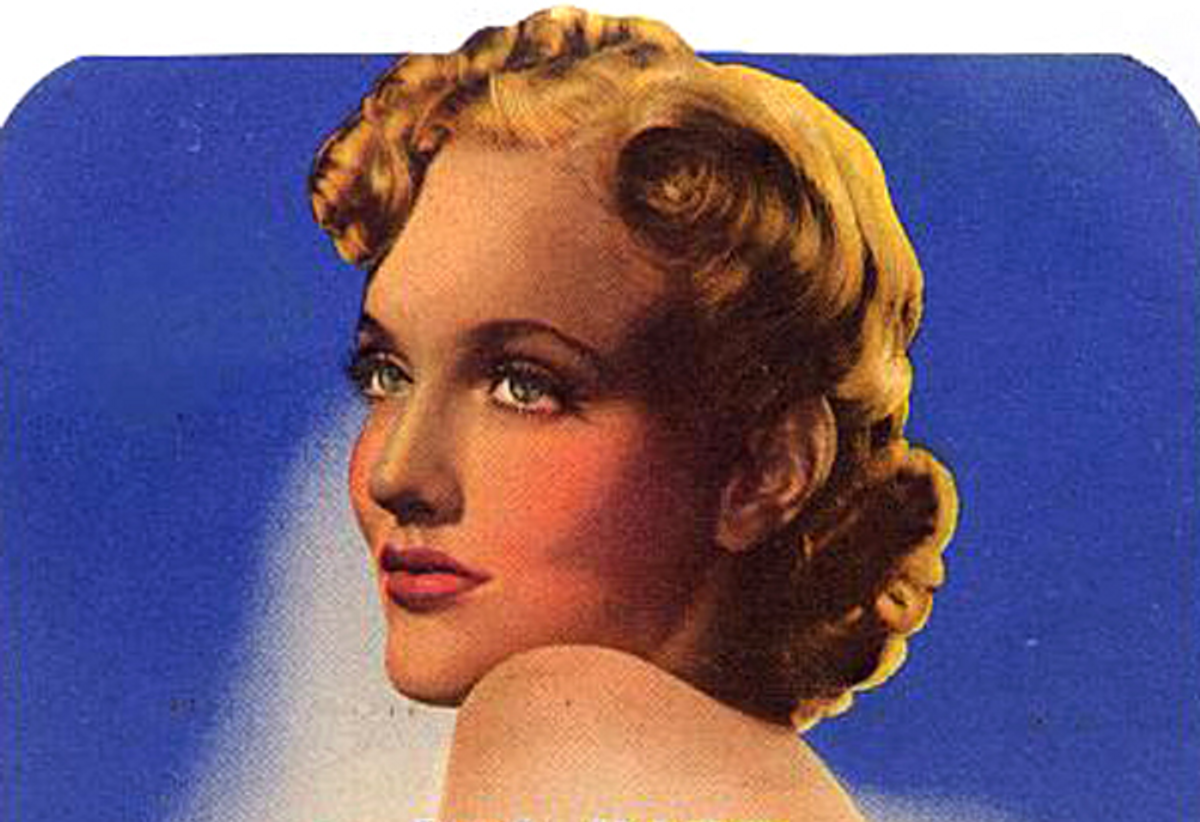 Wrapping up my interview with crime historian Joan Renner, we delve deeper into an unsolved murder mystery. Joan explores her theory that the victim’s Black Dahlia persona began when she was still alive. Read part one, with more details of the Dahlia investigation, here.

Our conversation picks up with Joan describing her passion for cosmetics ephemera from the 1920s and 1930s.

Joan Renner: About twenty years ago I began to collect vintage face powder compacts. The compacts nicely dovetailed with my interest in classic film, fashion, and the history of women. A few years after purchasing my first compact – a souvenir from the 1939 New York World’s Fair with that exquisite trylon and perisphere design – I was searching an online auction site and a few commercial face powder boxes popped up along with the compacts. I was struck by the beautiful graphics. In subsequent searches I found that there were boxes in a dizzying array of designs. I was hooked. My extensive collection of over 500 pieces includes commercial face powder boxes, hair net packages, bobby pin cards, and print ads circa 1900-1950.

I love all of the eras that I collect, but my favorite designs were created during the Depression. Cosmetics companies were competing for every rare dollar of a woman’s disposable income. The inspired designs of cosmetics packaging in the 1930s demonstrates how fierce the competition was. Cosmetics ephemera from that era, such as the Sta-Rite hair pin card, reflected the continuing interest in Art Deco, and the designs mirror the glamorous images of popular Hollywood actresses from that period.

It’s unfortunate that most of the talented artists who created the graphics for cosmetics ephemera are uncredited. One of the rare instances in which the artist was named was during the 1920s, when Rene Lalique created the elegant powder puff motif which graces Coty face powder boxes to this day.

Another instance in which the artist was identified was during the early 1940s, in an ad campaign for Jergens face powder. The artist was Alberto Vargas, who is best known for his iconic pin-ups for Esquire magazine.

The Jergens face powder box and accompanying ad speak volumes about the concerns of women during wartime. The women wanted to be sexy and desirable without sacrificing their girl-next-door innocence – all of this while supporting the war effort!

In my blog, Vintage Powder Room, I draw inspiration from my collection or from articles that reveal something to me about cosmetics. I combined my twin passions of historic crime and vintage cosmetics after reading a 1947 Los Angeles Times interview with Linda Rohr, one of Elizabeth Short’s former roommates. The interview inspired me to develop a personality profile of Short based upon her choice of makeup.

Rather than following the post-war vogue for a natural looking makeup, Elizabeth Short used a heavy hand to create a dramatic contrast between her complexion and her hair color. If anything, her look leaned more towards Goth girl than glamour girl.

Linda Rohr worked in the Rouge Room at Max Factor, so she was well acquainted with makeup application and current trends. Rohr stated in an interview that she was fascinated with the way in which Short applied her makeup, and said this about her former roommate: “She was always going out and she loved to prowl the boulevard. She had pretty blue eyes but sometimes overdid with makeup an inch thick. She dyed her brown hair black, and then red again.”

It occurred to me that Short, who was described by her acquaintances as difficult to know, was creating a mask with her makeup. She may have been subconsciously seeking a way to keep people at arm’s length. When a woman wears makeup it may be to correct flaws she believes she has, or to enhance her best features, but it’s invariably a way for her to become the person she wants to be when she’s out in public. Makeup always says something about the wearer. It’s my contention that Elizabeth Short created the character she would become in death, The Black Dahlia.

I believe that collecting vintage cosmetics ephemera and uncovering crimes in historic Los Angeles are valid undertakings for a social historian. Crimes and cosmetics; each may reveal a fundamental truth about human nature in the context of a place and time.

Michael Dooley: What future criminal activities do you have planned?

Nothing as daring as a daylight bank robbery, that’s for sure! I’m strictly an armchair felon, which means that I’ll continue to research, write, and lecture about historic Los Angeles crime. This year I plan to finish my true crime book, as well as complete a book project with the Los Angeles Police Museum.

The work that I do at the museum is challenging and gratifying. My project, the archiving of Police Daily Bulletins, is phenomenal. I’ll also be involved in future exhibits that are in the queue at the museum.

I’ll give a lecture at the central branch of the Los Angeles Public Library in October. I have several more historic crime themed lectures churning around in my brain; I never tire of introducing Angelenos to the sordid underbelly of their city.

Most weekends you’ll find me riding shotgun – naturally – on the Esotouric crime bus. We have a “Real Black Dahlia” tour coming up on April 14th [tomorrow].

My collection of vintage cosmetics ephemera continues to be the inspiration for my blog, Vintage Powder Room. I also maintain a VPR page on Facebook.

In my free time I’ll scour flea markets, estate sales, and online sources to add to my collection of vintage cosmetics ephemera.