The public’s distaste for him, his party and his basic political values may be overridden by economic anxiety 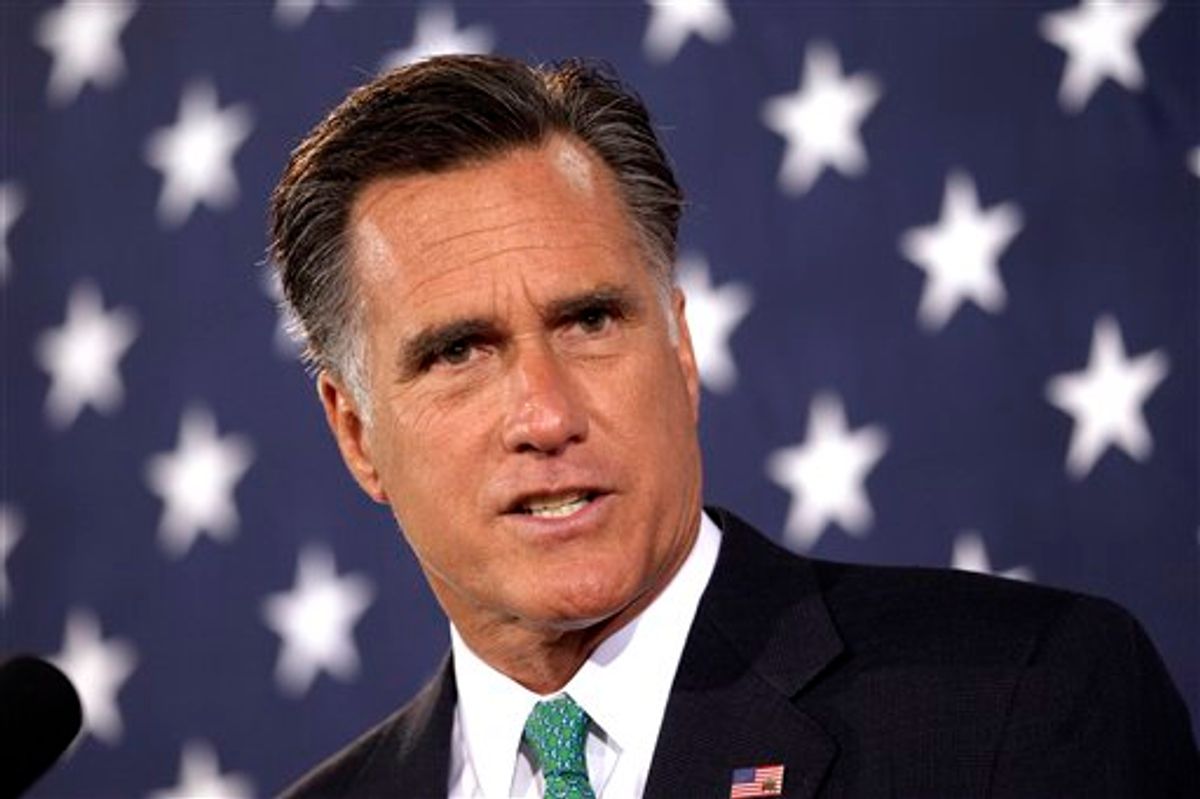 There were plenty of snickers yesterday when it was discovered that the empty Ohio factory that Mitt Romney used as a backdrop for a speech condemning President Obama’s economic record was actually closed under George W. Bush.

But the way Romney addressed this fact during his remarks is important. After acknowledging the factory closed in 2008 (without, of course, mentioning the name of the man who was president in 2008), he argued that: “Had the president’s economic plans worked, had President Obama’s plans worked, it would be reopened by now. But it’s still empty. And it underscores the failure of this president’s policies with regards to getting this economy going again.”

This really is the essence of the Romney message: If you don’t feel like the economy is in good shape, don’t ask questions – just blame the guy in charge and kick him out. And to a large degree, it’s working.

Just consider how horribly Romney is faring in polls when it comes to questions about his style, personality, and basic policy goals. In a new NBC News/Wall Street Journal survey, he’s crushed by Obama by a 48-27 percent margin on the question of who will do a better job looking out for the middle class. He loses 52-22 percent on the question of which candidate cares more about average people, and 52-23 on who is compassionate enough to understand average voters’ concerns. Overall, Romney’s personal favorable score is an upside-down 33-36 percent.

A CBS/New York Times poll earlier this week found similar results. Just 27 percent of respondents said Romney is someone who says what he believes; 62 percent said he isn’t. And by a 60-34 percent margin, they said Romney isn’t someone they can relate to. Obama’s scores in both of these departments are vastly better.

You might think, based on numbers like these, that Romney is getting blown away. But in both polls, the race is very competitive. NBC/WSJ puts Obama ahead by six points, 49 to 43 percent, while CBS/NYT shows the contest tied at 46 percent. What’s keeping Romney in the game is that he actually rates better than Obama on questions relating directly to the economy.

For instance, the NBC/WSJ poll gives Obama an overall approval rating of 48-42 percent. But on his handling of the economy, he sports an upside-down 45-52 percent mark. And on the question of which candidate has better ideas to improve the economy, Romney wins 40-34 percent. In the CBS/NYT survey, more voters (55 percent) said they are “very” or “somewhat” confident in Romney’s ability to make the right decisions on the economy than said so about Obama (51 percent).

This speaks to the power of Romney’s basic message. He and his campaign are notorious for using highly misleading and outright junk statistics to blame Obama for economic conditions that are the direct result of the economic collapse that occurred just before he took office, on his Republican predecessor’s watch. But even many voters who recognize on some level the slipperiness of Romney’s tactics are ultimately agreeing with his “fire Obama” prescription.

So what can Obama do to combat this? The obvious solution would be a blast of undeniably good economic news in the coming months. The modest economic improvements of the last half-year seem to have helped Obama’s standing; at the start of last fall, fewer than 20 percent of voters said they thought the country was heading in the right direction, and his approval rating was barely cracking 40 percent. Today, the “right direction” number has nearly doubled, and Obama’s approval is in the high 40s. It’s been enough to make him competitive, but it’s still a very perilous place to be.

If the recovery isn’t strong enough (or if it stalls), Obama will have to find a way to create a connection in voters’ minds between their basic negative impressions of Romney and their sense of how he’d handle the economy as president -- the one area where he now seems to be enjoying the benefit of the doubt. The idea, in other words, is not just to attack Romney for promoting an economic agenda that’s skewed to super-wealthy Americans like him, but to illustrate how in very practical terms this agenda hurts the economy and stifles growth.

But if the economy is in poor enough shape through the fall, it’s also possible that there is no effective counter for Obama to the Romney message. If voters are inclined to blame the president for their anxiety, then they will find a way to do so, even if it takes some rationalizing.