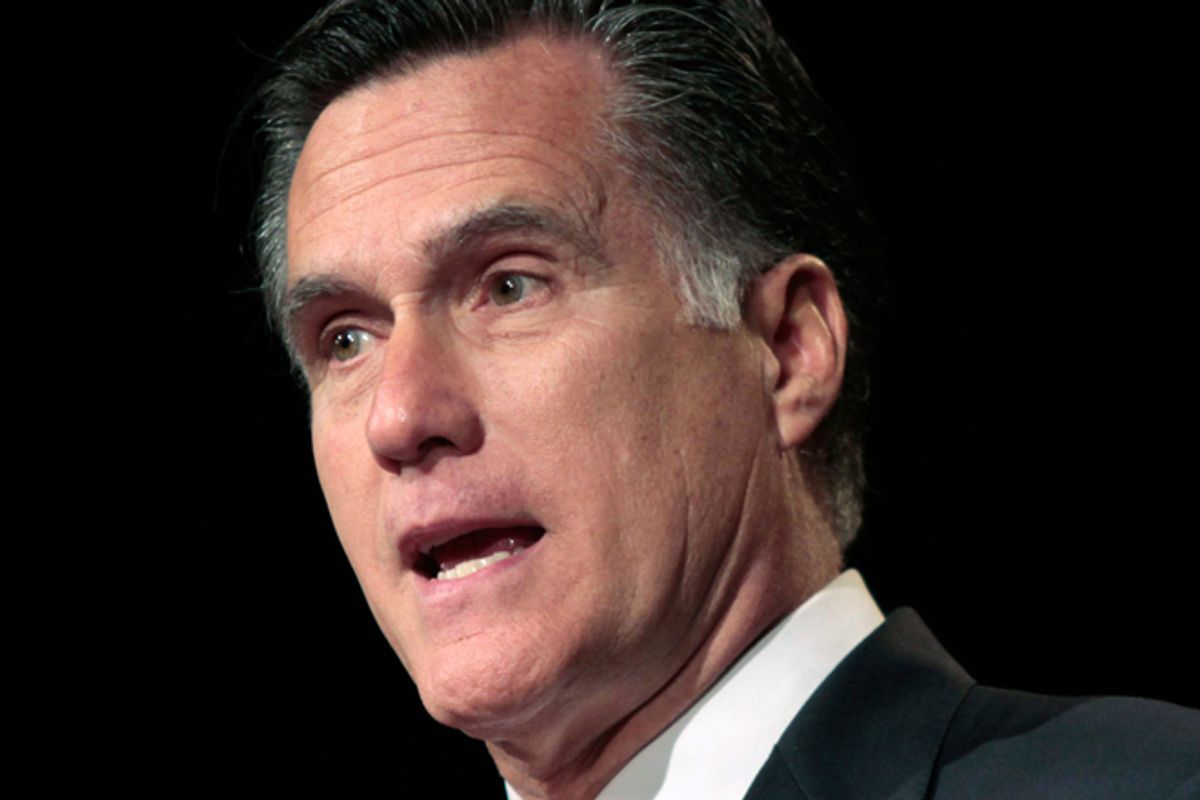 Mitt Romney is moving from hard-right to center so fast it would be causing car-sickness if we weren't already well-prepared with ample anti-nausea drugs for his inevitable "pivot." Latest example: At the Washington Post, Greg Sargent brings us the news that Romney told reporters Monday morning he supports extending low interest rates on student loans.

This is a bit of a surprise, because it would seem to go against the position of the deficit-fixated Congressional GOP. As reported in Salon two weeks ago, in the summer of 2009 the Obama administration implemented several measures of a bill passed during the Bush administration aimed at helping students afford college. One of those measures lowered interest rates on federal student loans, but is set to expire on July 1st. In recent days, Obama has been making a big push to extend the low rates, while Republicans have complained about the cost of doing so.

Romney's position also would seem to go against his own stance on federal education assistance. In March, he told a high school senior at a town hall that "it would be popular for me to stand up and say I’m going to give you government money to pay for your college, but I’m not going to promise that."

Flip-flopping aside, as a political maneuver the student loan switch looks pretty smart.  Despite their grumbling, Republicans don't seem all that eager to let interest rates jump on students in the middle of an election year, and Romney's sudden decision to align with Obama defuses it as a campaign issue.

One does wonder what the reaction of the conservative base will be, though. The paint is hardly dry on Romney's locking up of the GOP nomination, and already he is supporting big government handouts. Next thing you know, he'll be backing universal health care with an individual mandate.