Two years on, the Feds have filed charges against a former BP employee for destroying critical evidence 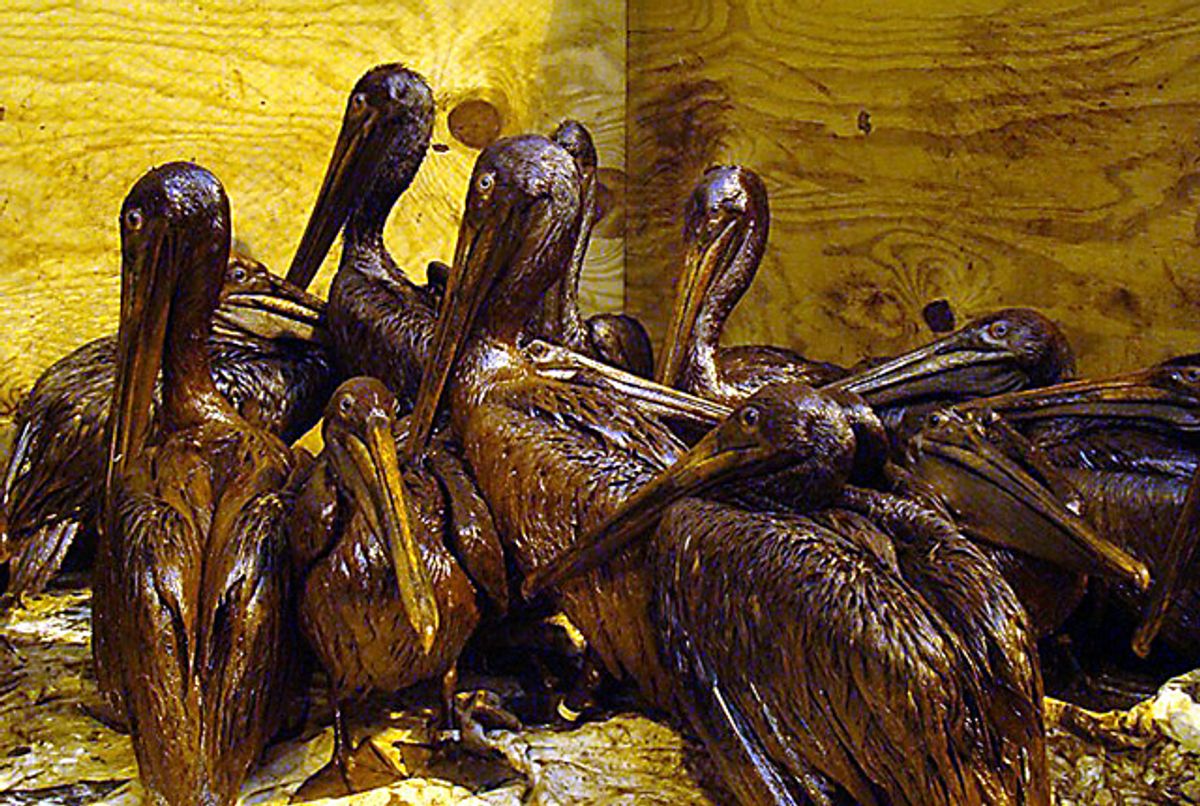 Two years after oil from a BP well began gushing into the Gulf of Mexico, the U.S. Department of Justice has filed criminal charges alleging that a former BP employee destroyed critical evidence in the early days of the unfolding disaster.

The charges are the first to be filed in what the Obama administration has called the worst environmental disaster in American history, and they are significant because they target an individual employee for his actions.

According to an affidavit and complaint filed today in a Louisiana court, Kurt Mix, a former drilling and completions engineer, deleted email and text messages he had sent to senior BP managers estimating that the amount of oil spewing into the Gulf was many times greater than the amount stated publicly. Mix was specifically instructed by attorneys contracted by BP to retain his records before he deleted them, the affidavit states.

In a statement released to reporters, U.S. Attorney General Eric Holder indicated that more charges are likely, describing the indictment as "initial charges" in an ongoing investigation, and saying that the Department of Justice "will hold accountable those who violated the law."

More than 200 million gallons of crude oil flowed into the Gulf of Mexico after a blowout caused the explosion of the Deepwater Horizon oil rig and the death of 11 workers on April 21, 2010. The spill continued, unabated, for nearly three months. Analysts have long expected criminal charges against BP or its employees.

A spokeswoman for the agency declined to say when more charges might be expected, or to explain why the case against Mix was the first to be made public.

Mix could not be reached for comment, and we were unable to leave him a message because his voicemail was full.

BP issued a statement saying that the company was cooperating with federal investigators and that "BP had clear policies requiring preservation of evidence in this case and has undertaken substantial and ongoing efforts to preserve evidence."

According to an FBI affidavit submitted to the court along with the indictment, Mix, who worked for BP until January 2012, was directly involved in BP's efforts to understand how much oil was flowing out of the broken Macondo well. On April 21, 2010, Mix estimated that between 68,000 and 138,000 barrels of oil were leaking each day — far more than the 5,000 barrels that were estimated publicly at the time.

On April 22, Mix received the first of six legal notices instructing him to retain his electronic records.

Yet, according to the affidavit, in early October, Mix allegedly deleted a string of more than 200 text messages on his iPhone that he had sent to a supervisor. The deleted texts, which the Department of Justice said were recovered forensically, included sensitive — and pessimistic — internal BP information sent while the company was attempting what it called a "Top Kill" effort to stop the gushing oil on May 26, 2010.

Mix wrote that the effort — which he was directly involved in — was unlikely to succeed. "Too much flowrate — over 15,000 and too large an orifice. Pumped over 12,800 bbl of mud today plus 5 separate bridging pills. Tired. Going home and getting ready for round three tomorrow."

At the time, BP said publicly that the measure had a 70 percent chance of success.

Mix, 50, was arrested in Katy, Texas today. If convicted, he faces a maximum penalty of 20 years in prison and a fine of up to $250,000 on each of the two counts he is charged with.

Abrahm Lustgarten is a New York writer and photographer who reports on the environment, health and sports.