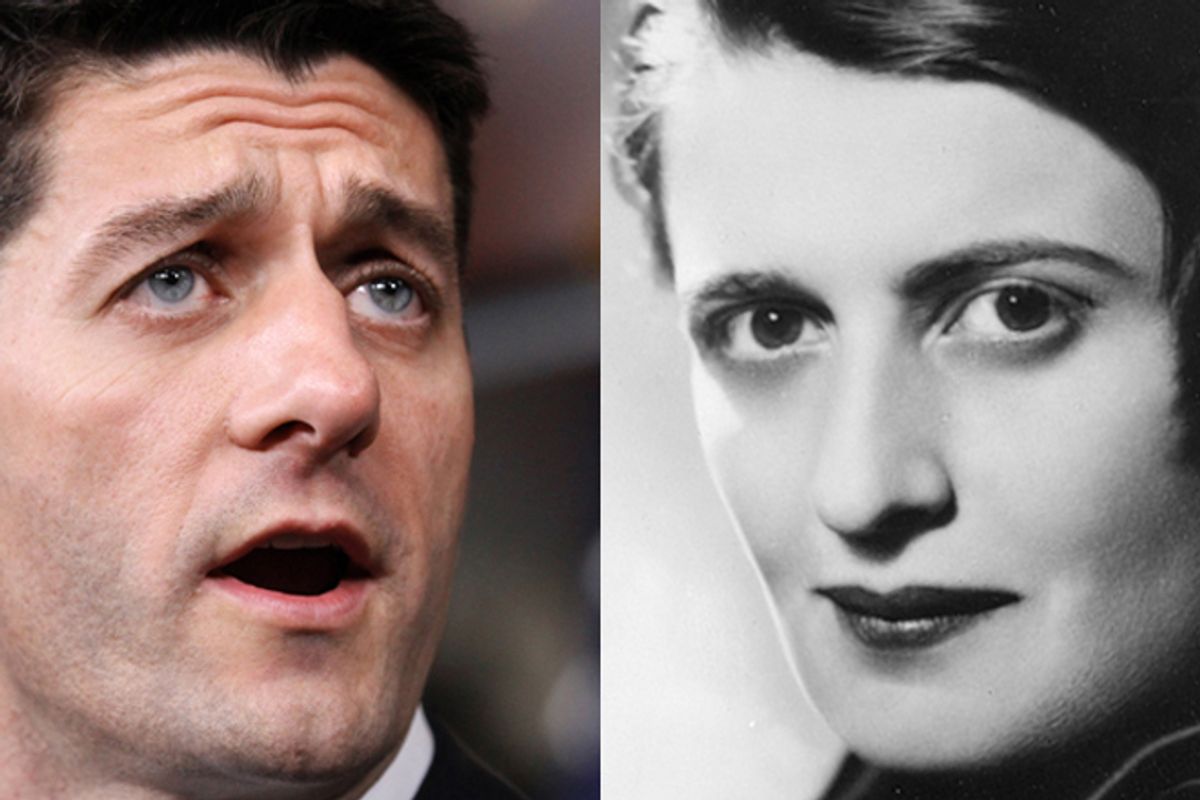 Here's something kinda nutty. One guy said all of the following things:

That one guy is U.S. Rep. Paul Ryan of Wisconsin, who used to love Ayn Rand so much that he hosted a birthday party for her in Washington, but who now apparently doesn't like her anymore, because of God. (And because her extremist philosophy is liable to turn off "swing voters" and "people who aren't 18-year-old boys with delusional fantasies of superiority.")

It looks like -- after some obvious excitement among conservatives and Republicans that it was suddenly OK to openly admit to being enough of a stunted adolescent asshole that Ayn Rand seemed like visionary instead of a bad pulp author and even worse philosopher -- Rand is back to being an embarrassment. Which is fine with me! It's not all that shocking that Ryan would want to back off from openly admiring a stringent atheist radical right-winger around the time that his party is trying to paint the president as anti-religion.

What's funny, though, is how incredibly suddenly Rand worship went from something proudly stated to something described as a liberal slander. ("Rand-related slams," in Robert Costa's words.) When will the cruel liberal media stop accusing conservatives of admiring the people they throw birthday parties for and repeatedly praise?