Can the White House fix a screwed-up system that leaves veterans at the mercy of for-profit college scams? 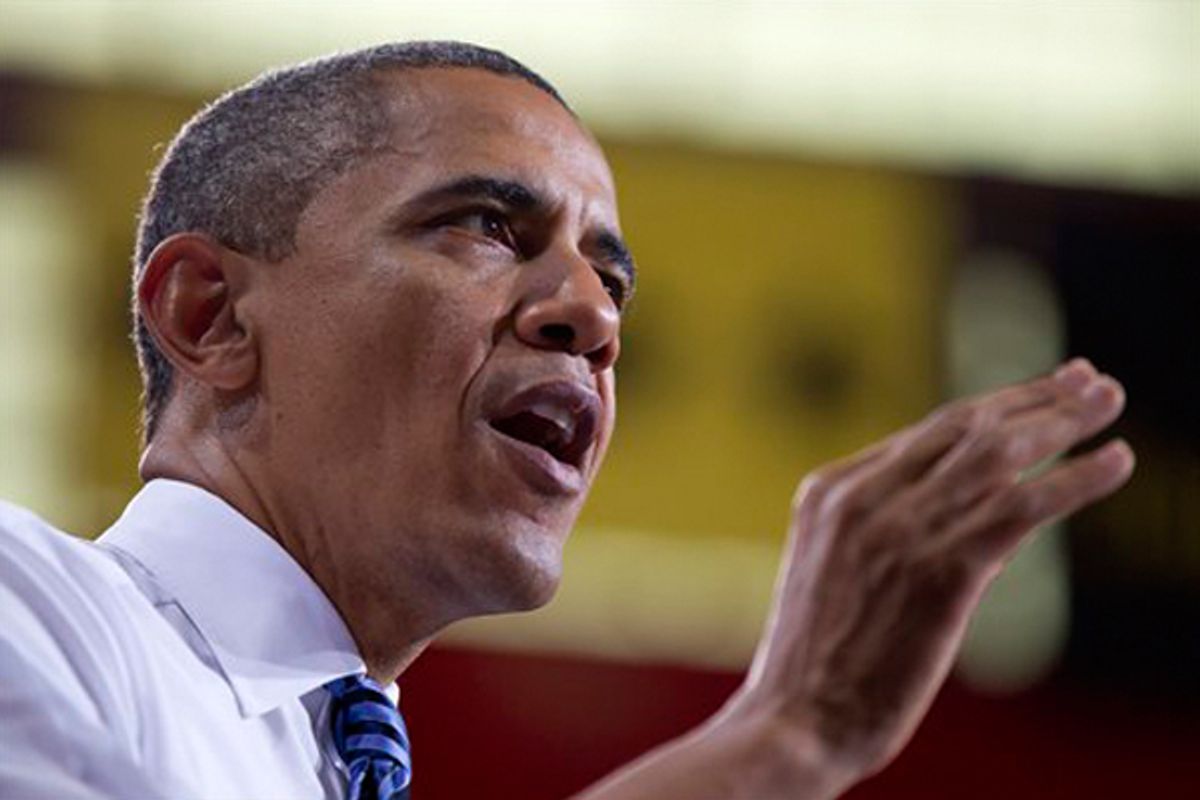 The multiple incarnations of the GI Bill are widely considered some of the most effective pieces of social welfare legislation ever passed by the U.S. Congress. Since World War II, millions of veterans have been able to attend college and graduate school via direct tuition assistance from the federal government. The education received by the initial wave of World War II veterans is believed to have played a key role in the massive economic boom of the 1950s and 1960s.

So how, then, did we get to where we are today, with GI bill education-related financial aid embroiled in the for-profit college mess?

The answer hinges on a classic case of unintended consequences. But first, cue President Obama.

On Friday, Obama continued his efforts to keep education front and center during his reelection campaign. This time around, the focus was on the military: specifically, the abusive, bordering-on-fraudulent practices employed by for-profit "diploma mill" colleges to boost military enrollment.

The Obama administration wants to trademark the term "GI Bill" in an effort to shield veterans and military families being swindled or misled by schools that target their federal education benefits.

And therein lies an interesting story. As Salon reported last week, the for-profit college industry generates the vast majority of its revenue from federal student loans. Indeed, if it weren't for a law passed in 1998 requiring that at least 10 percent of a for-profit college's revenues come from sources other than federal loans -- the so-called 90/10 rule -- the percentage might go all the way up to 100. And that's exactly what makes military students so attractive to the for-profit sector. Military educational benefits do not fall under the same category as federal loans under the 90/10 rule.

For every service member or veteran (or spouse or child, in the case of the post-9/11 G.I. Bill) enrolled at a for-profit college and paying with military education funds, that college can enroll nine others who are using nothing but Title IV money.

This gives for-profit colleges an incentive to see service members as nothing more than dollar signs in uniform, and to use aggressive marketing to draw them in and take out private loans, which students often need because the federal grants are insufficient to cover the full cost of tuition and related expenses.

One of the most egregious reports of questionable marketing involved a college recruiter who visited a Marine barracks at Camp Lejeune, N.C. As the PBS program “Frontline” reported, the recruiter signed up Marines with serious brain injuries. The fact that some of them couldn’t remember what courses they were taking was immaterial, as long as they signed on the dotted line.

Abuses such as these explain why the Obama administration has been attempting to increase oversight and accountability in the for-profit college sector, against Republican opposition every step of the way. But they also raise a larger question.

Right now, Republicans and Democrats are squabbling about how to pay for an extension of low interest rates on student loans. As I write these words, House Republicans have barely passed a bill, 215-195, that will pay for the extension by taking money from Obamacare. The White House has threatened to veto the GOP maneuver. It's a classic political squabble, with both sides reluctant to raise interest rates on student loans during an election year, but each determined to squeeze as much political advantage as possible out of the bickering.

But the real problem with student loans goes much deeper. When the government subsidizes the private sector, which is what is happening when federal student loan money flows straight to for-profit colleges, it not only creates incentives for fraud, but also encourages the for-profit schools to keep raising their tuition prices.

Under the terms of the current incarnation of the GI Bill, veterans who attend an in-state public school get their full tuition paid free and clear. Wouldn't it be smarter to take a leaf out of that book on a much more systemic scale? America's system of public universities is still one of the wonders of the world, even as state funding support has steadily declined. Think how much better it could be with meaningful federal support, and a GI bill that covered all Americans, and not just the military.

Of course, to pull something like that off, we'd  have to raise taxes and mobilize real bipartisan consensus. So that's not happening anytime soon. We'll have to content ourselves with picking at the margins -- trademarking the name "GI Bill" for example, or fighting life-or-death struggles over interest rate adjustments.