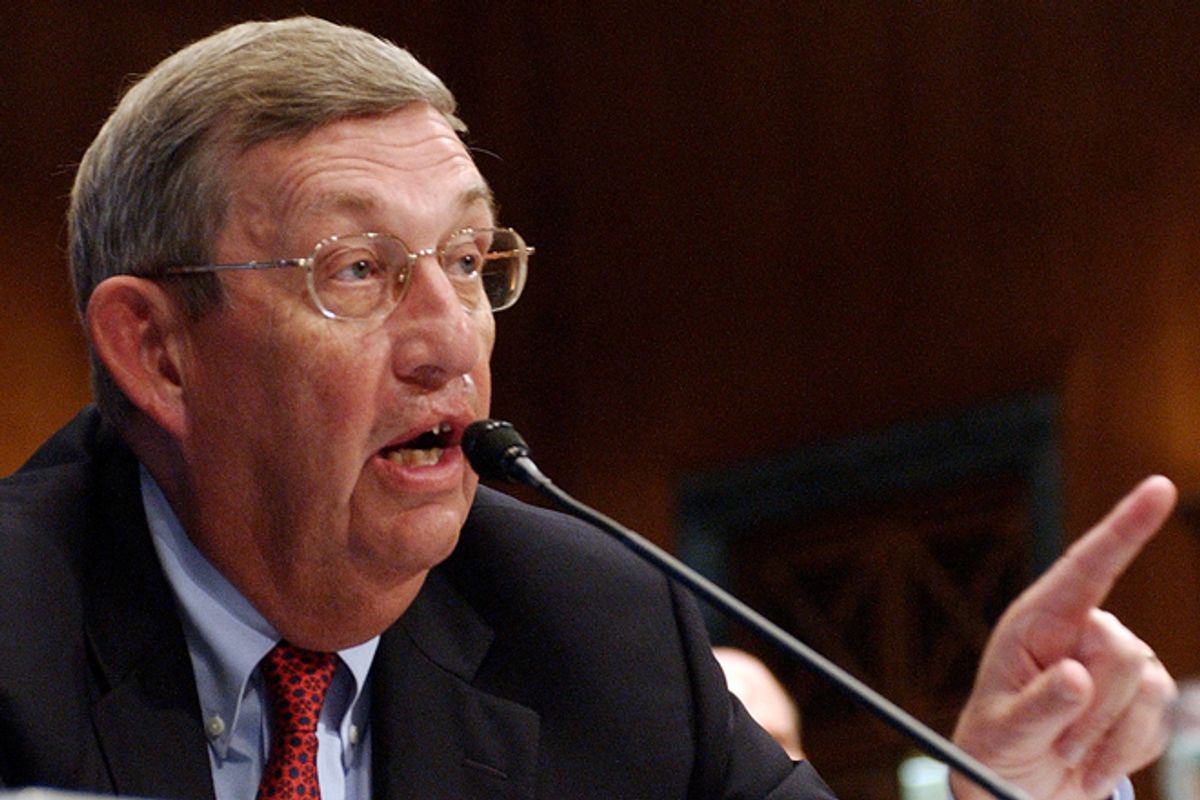 The greatest strategic challenge facing ExxonMobil Corp., the largest oil company in the world not owned by a state, is access to new oil reserves. Resource nationalism – the inclination of many Middle Eastern and other post-colonial governments to control their own oil – has locked the corporation out of many oil opportunities. This has led ExxonMobil to riskier political frontiers in Africa and Asia, countries where the government is too weak or corrupt to produce its own oil. Also, in these states, oil and gas production exacerbates internal conflicts and incites guerrilla armies because controlling an oil or gas field can be a ticket to sudden wealth.

When Exxon and Mobil merged in 2000, Exxon inherited a number of Mobil properties in conflict zones – in Nigeria, Equatorial Guinea, and Indonesia. The latter property – a highly profitable natural gas field on Indonesia’s Sumatra peninsula – drew ExxonMobil’s executives immediately into the bloody war for independence being waged by the Free Aceh Movement, known by the initials G.A.M. ExxonMobil paid Indonesian military forces to battle G.A.M. around the perimeter of its fields; human rights investigators accused the Indonesian forces of engaging in widespread torture and abuses. G.A.M. rocketed and attacked ExxonMobil and its employees, seeing the corporation as complicit with the Indonesian military.

As part of the research for “Private Empire,” I filed Freedom of Information Act requests with the U.S. State Department seeking embassy cables and other documents about how the Bush administration managed ExxonMobil’s position in the Aceh conflict. The cables revealed a startling series of episodes in which the administration worked with ExxonMobil in Indonesia to extract the corporation from the conflict and reduce the violence that was destabilizing Indonesia’s fledgling democratic order. In one episode previously unreported, the Bush administration threatened to designate G.A.M. as a terrorist organization if it did not stop attacking ExxonMobil’s property and personnel. The excerpt below, from a chapter titled “Do You Really Want Us as An Enemy?” describes what happened. --Steve Coll

During the first week of April 2001, United States Ambassador to Indonesia Robert Gelbard flew to Banda Aceh, the seaside provincial capital, a flat and humid expanse of low-slung, water-streaked concrete buildings shaded by palm trees. A Swiss peacemaking organization, then known as the Henry Dunant Centre, maintained a local forum for on-again, off-again talks between Indonesian and G.A.M. representatives. Gelbard scheduled separate meetings with leaders on each side of the conflict. He raised the subject of human rights with Indonesia’s government delegation: G.A.M. certainly committed abuses, Gelbard told them, but the international community holds democratically elected governments to higher standards than guerrilla groups.

ExxonMobil had no covert agenda in closing its Aceh operations, Gelbard said. The corporation had been entirely justified in its concerns about security; the United States supported ExxonMobil’s decision but had not instigated it.

The ambassador became more forceful when the G.A.M. delegation arrived. “G.A.M. is clearly responsible for the attacks on ExxonMobil,” Gelbard announced. “Some G.A.M. leaders are now even boasting about shutting down ExxonMobil.” He said that Hasan di Tiro, G.A.M.’s leader in exile, had promised in private meetings that he would issue a public statement that ExxonMobil was not a target of the guerrilla campaign; he had never done so. G.A.M.’s attacks on the oil company now were a “major mistake,” Gelbard declared.

The United States would not tolerate terrorism against U.S. citizens and economic interests. G.A.M. had been “very lucky” that no American citizens working for ExxonMobil had been killed thus far. Even so, he warned, there would be “severe consequences” if G.A.M. did not stop the attacks immediately. The Bush administration had so far refrained from naming G.A.M. a terrorist organization under American law. A terrorist designation would mean travel and banking restrictions for G.A.M. leaders. The administration might reconsider that decision, unless the assaults on ExxonMobil property and interests ended. Moreover, the United States received many requests from the Indonesia military and police for help in fighting against G.A.M. – intelligence, training and equipment.

“Do you really want us as an enemy?” Gelbard asked.

The G.A.M. representatives acknowledged responsibility for the attacks on ExxonMobil. They said that Indonesian troops guarding the gas fields were fair military targets. The troops used ExxonMobil property as a “sanctuary” from which to launch raids into nearby villages. Therefore, in their analysis, ExxonMobil facilitated the killing of Acehnese.

G.A.M. leaders said years later that they felt increasingly agitated at the time by ExxonMobil’s possible complicity in extrajudicial killings of their cadres. The corpses unearthed along the Pipeline road and elsewhere late in 1998 legitimized ExxonMobil as a target, they said. The corporation “seemed to support the Indonesian government,” recalled Nordin Abudul Rahman, one of G.A.M.’s political leaders. “People concluded that ExxonMobil provided heavy equipment for the burials.” Not only was “ExxonMobil land used for mass graves,” said Munawar Zainal, a G.A.M. student leader and occasional representative of the movement in Washington, but “they gave the Indonesian security forces money. This to us was unacceptable.” Gelbard, for his part, felt that ExxonMobil had “behaved very responsibly and very sensibly,” as he put it later. He regarded the corporation’s dilemma as a “textbook example” of a dangerous situation when a U.S. energy company behaved very well.

At the Banda Aceh meeting, Gelbard told G.A.M. that its guerrillas had mounted attacks on ExxonMobil’s civilian housing, employee buses, and other targets clearly unconnected to the Indonesian military. This had to end.

The ambassador flew back to Jakarta, but the Bush administration’s campaign to coerce G.A.M. to stop targeting ExxonMobil continued. On April 23, deputy assistant secretary of state Skip Boyce arrived in Banda Aceh from Washington. The envoy met Indonesian officials and assured them that the United States opposed Acehnese independence, but he urged negotiations that would address the legitimate grievances of the Acehnese.

“We are deeply concerned by attacks on ExxonMobil facilities in Aceh,” Boyce said. He warned against cracking down on G.A.M. now that the American oil corporation had withdrawn from gas production, awaiting improvements in security. “The closure of ExxonMobil should not be a pretext for launching a military offensive, which would only worsen the security situation.”

He also took up G.A.M.’s concerns about the offensive operations waged by Indonesian forces from inside the corporation’s property. Indonesian forces guarding ExxonMobil’s fields “should not perform any other mission – specifically, they should not sweep or raid neighboring villages, which only exacerbates the violence,” Boyce said.

When the envoy met G.A.M.’s leaders, he reinforced Gelbard’s earlier warning: Attacks on ExxonMobil “risked turning the U.S. into G.A.M.’s enemy.” The separatist guerrillas would want to “consider carefully before making an enemy of a superpower like the U.S.”

From "Private Empire: ExxonMobil and American Power," by Steve Coll. Reprinted by arrangement of the Penguin Press, a member of Penguin Group (USA), Inc. Copyright (c) 2012 by Steve Coll.