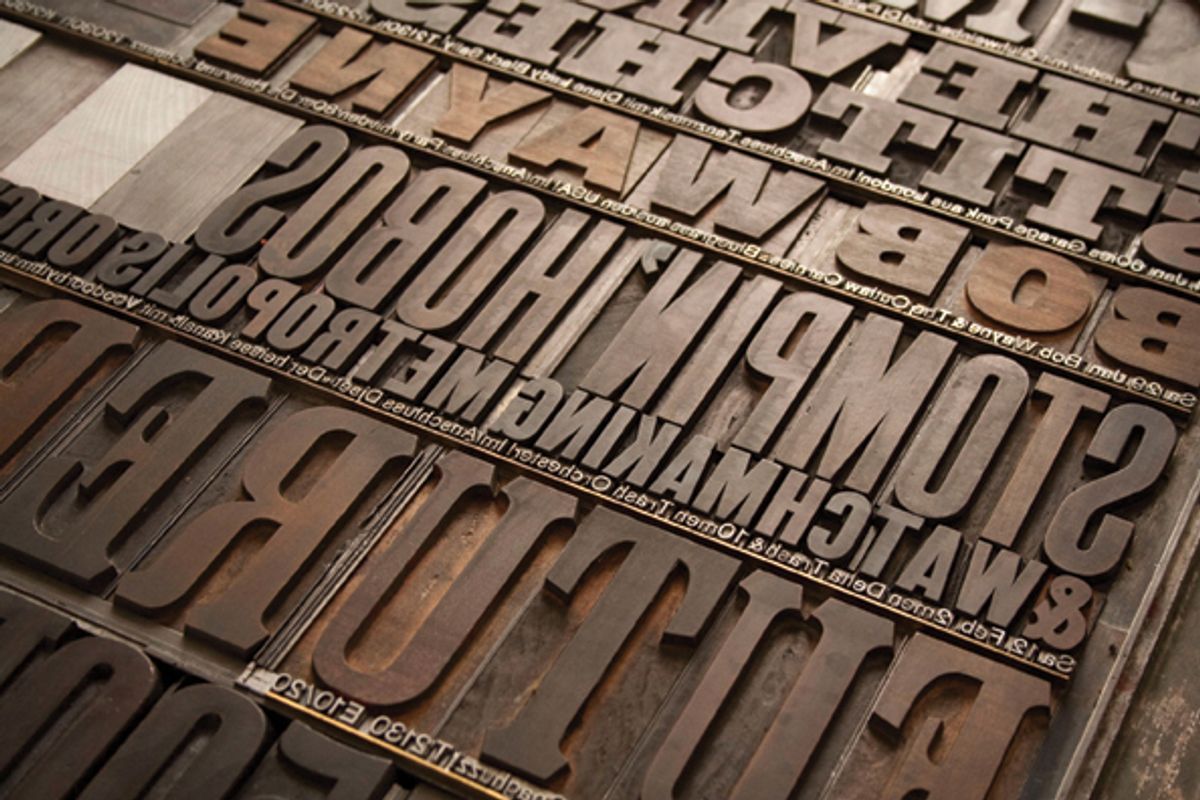 Dafi Kühne took a rather circuitous route to becoming a graphic designer. He first fell in love with design during the year he spent studying architecture in the Swiss Federal Institute of Technology. When he decided that wasn’t a good fit, he dropped out of the program and spent a year working as a bricklayer before applying to Zurich University of the Arts’ visual-communications program.

Kühne’s background working in three dimensions has strongly influenced his graphic work, which seamlessly mixes the digital and the hands-on. He pairs contemporary devices ― a MacBook, a laser cutter ― with old-school design and production tools, such as a waxing machine, a letterpress and a photopolymer processor. Kühne is interested in technology like precision routers and laser cutters, which he says has never been fully explored for letterpress printing. “I think this has great potential for graphic designers,” he says. (It also gives him autonomy in designing and producing his work.) “I use both tools ― digital and analog ― through the whole design and production process. If I want to draw a line straight, I use the computer. If I want to draw a line trashy, I might draw it by hand. I choose and develop techniques to fit my clients’ projects.”

Kühne learned traditional letterpress printing through an internship at Hatch Show Print, in Nashville, and typography has remained at the heart of his work. “I work mostly with type and simple graphic elements. I like how you can transport a mood with the style, layout, and appearance of type,” he says.

He used it to great effect in a poster for the Swiss band the Monsters. A printmaker gave him 500 magnesium photoplates of distorted faces, which Kühne then turned into a catalog and scanned, before designing the poster digitally. He modified the typeface “so it got this brutal look,” he says. “Then I went back to the printing press and I set the monster faces exactly the way I used them in my digital layout. The typeblock was printed from a laser-cut linoleum block. This is a process that is really important for my work: starting with analog inspiration, then working digitally, then using analog and digital production tools to produce a printing block, and finally working again on the analog printing press.”