The prudes are winning 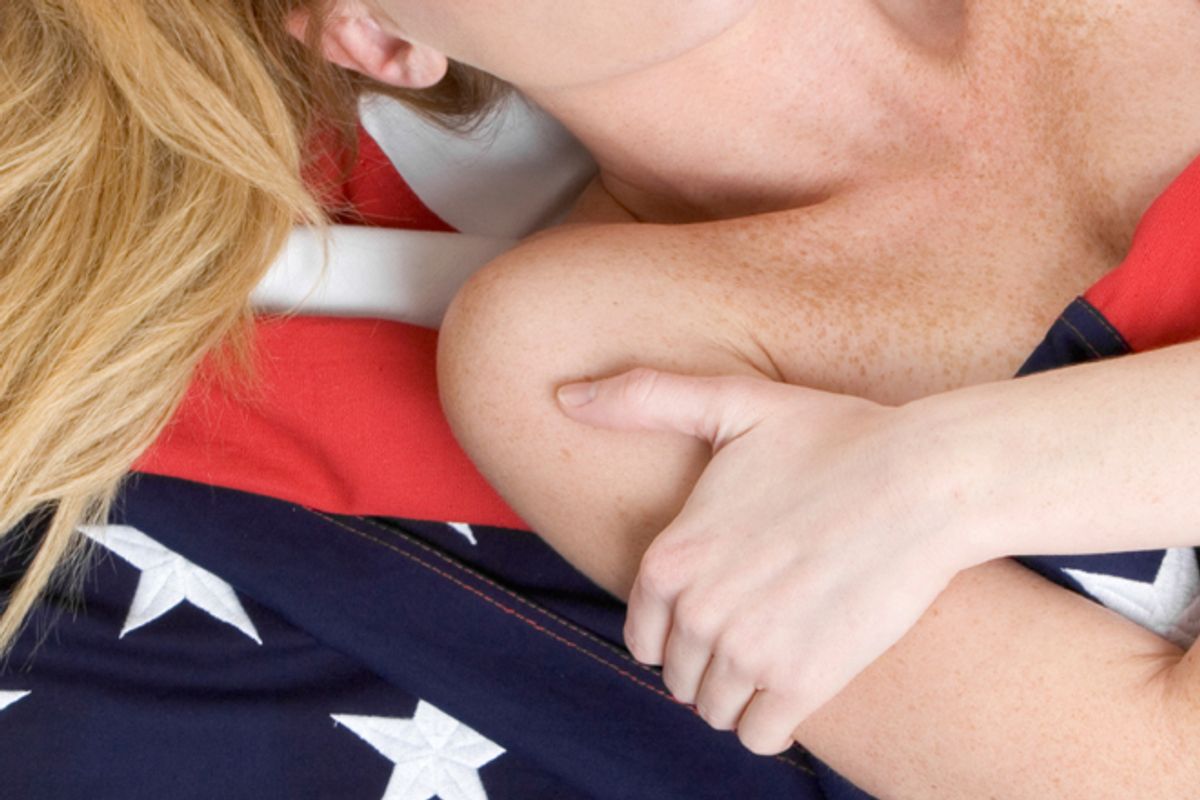 The explosion of government-funded abstinence-only education, extreme assaults on reproductive rights, crackdowns on "indecency" and "obscenity": This is but a small sampling of what spurred sex therapist Marty Klein to publish "America's War on Sex: The Attack on Law, Lust and Liberty" in 2006, midway through George W. Bush's second term. Six years later, under a Democratic presidency, many of the same problems exist -- in fact, in some regards, things have gotten worse.

That's why Klein has updated the book in a new edition published this week to detail the ways that sexual rights have actually become "increasingly tenuous" under President Obama. Sure, abstinence-only programs have been greatly defunded, but the battle over sex education still rages on -- as do assaults on reproductive rights and all manner of sex-related business, entertainment, expression and experience.

Klein blames part of this sexual devolution on "the lack of a coherent vision of either sexual rights or sexual health coming from the president" -- but of course the real culprit, the aggressor in all this, is the religious right, which he says has "become stronger, smarter, richer, and more aggressive with regard to sexuality." I spoke with Klein by phone at his home in Palo Alto, Calif., about our best tools of defense and whether this battle will ever end.

What's been the single biggest change in the war on sex since the first edition of the book?

The two things that jump out to me are, number one, the attacks on sexual orientation have ramped up because sexual orientation is the one arena in which there is actually more sexual freedom now than there was five years ago. The other arena that's really evident is the continuing and highly successful attack on reproductive rights. The fact that contraception is back on the public policy agenda is shocking, to say the least, and it represents an extraordinary victory in the war on abortion and in terms of a reconceptualization of what sexual health means. Am I just going to depress the crap out of you during this whole interview?

I know, I just felt my heart sinking. I suppose we could talk a bit about the positive changes we've seen.

While there is a tremendous rear-guard action in the war on sex to sort of reestablish the world that never existed of simplistic sexuality, young people, they're not defending sexuality the way it supposedly used to be. They're saying, "I've got a body, other people have bodies, let's throw all the arms and legs up in a pile and see what happens." That's very heartening and that's not going to change.

As these younger generations grow up, what will happen to the war on sex?

That is the crucial question. I'll tell you what's been going on since the book was published for the first time and that is that America has simultaneously gone in two extremely opposite directions. On the one hand, externally, outside the bedroom, Americans are more sexually conservative than they were 10 years ago. There are more laws restricting and regulating sexual behavior today than there were 10 years ago or even 25 years ago. On the other hand, Americans' private bedroom behavior has more variety, more experimentation, more sex toys, more non-monogamy than ever before.

Why do we see people supporting the attempt to restrict behaviors that they themselves engage in?

That is the question of the century. That famous sex therapist Karl Marx [laughs] used to talk about false consciousness. The bigger question is how is it that people are persuaded to support public policy that is demonstrably against their best interest. It's not just around sexuality. You have people who are demanding to have less healthcare options. You have people demanding that they don't have the right to do something that they don't want to do.

In terms of sexuality, I think people are so afraid of their own sexual impulses, people feel so guilty, and people are so wigged out by the complete failure of monogamy to deliver what they desperately need emotionally that they're open to demagoguery. When it comes to sexuality we're looking at the Weimar Republic here, we're looking at 1933 in Germany.

We're looking at people who are desperately frightened and lonely and sad and upset about their own sexual impulses and they're turning to any place they can find to comfort themselves. Ironically, the religious right and the extreme right-wing of the Republican Party and Fox media, they're offering a kind of comfort. It's a Pyrrhic victory because the public doesn't walk away feeling, "Oh, I have this wonderful sexuality and this wonderful body." No, no, no. People get to walk away with, "Phew, I dodged a bullet, here are the sexual restrictions that alleviate my guilt, lower my anxiety about my neighbor's sexuality, that make me as a parent feel less anxious." People walk away with their sexuality diminished but they feel less anxious about the complicated world in which they live.

What are our best weapons to fight back?

That's a great question and there are a number of answers. The first might seem like a lame one but I really believe it: It's to call it the "war on sex," because we just saw a great example of not calling it the war on sex: when that Rush Limbaugh thing came up, calling Sandra Fluke a slut, immediately followed by all this anti-choice legislation, and then people saying it's a war on women.

Calling it a war on sex takes the moral high ground away from the people who are doing it. They say the war on sex is really about protecting parents' rights, pharmacists' rights; they come up with all these justifications and now, of course, the war on pornography is being framed as a public health issue rather than as an issue of immorality. That's another tremendous victory in the war on sex. Thirty-five years ago people were saying you shouldn't look at porn because it's immoral; now they're saying you shouldn't look at it because it's bad for your health. So, my first answer is: Let's call it what it is and take away all these justifications.

The third thing is, and this sounds so square: People have to get in touch with their legislators. They have to call up their local state assembly representatives. The democratic process has trouble adjudicating issues when people are not willing to identify themselves as citizens. If the government decided to pass a law taxing Toyotas extra, every Toyota owner would call their representative and say, "Hey, I'm a Toyota owner I want you to stop." But when the local community says, "We're going to eliminate adult bookstores or strip clubs," very few people are willing to say, "Excuse me, as a person who goes to strip clubs, I don't want you to eliminate strip clubs." As a result, the democratic process can't function successfully.

As long as you have homes where Joe goes to strip clubs on his lunch hour and his wife doesn't know, because if his wife knew she'd kill him, as long as you have a home like that, Joe is not going to want to go to a city council member or his county board of supervisors or his state assembly member and say, "Excuse me, I go to strip cubs, cut it out." Joe's going to have to say to his spouse: "Honey, don't take this personally, but every once in a while I go to a strip cub. It's really a lot of fun. If you want to come that's great, if you don't that's OK with me, but I just want you to know that I go to strip clubs." Believe it or not, that would be a building block toward political action on the legislative level. Because right now, people can't go to their legislators because they're not willing to come out.

What would you say to those who aren't moved by the issue of sex in particular, who don't feel that they are in jeopardy in this particular battle?

The war on sex is how the religious right and cynical politicians are using the issue of sexual regulation for undermining secular democracy. The reason the issue of sexual regulation keeps coming back up is that the religious right is erasing the line between church and state. You don't have to care one bit about sex to care about the war on sex. You just need to care about secular democracy, free speech and the separation of church and state. If you care about any of those things, then you need to care about the war on sex, because that's where it's being fought.