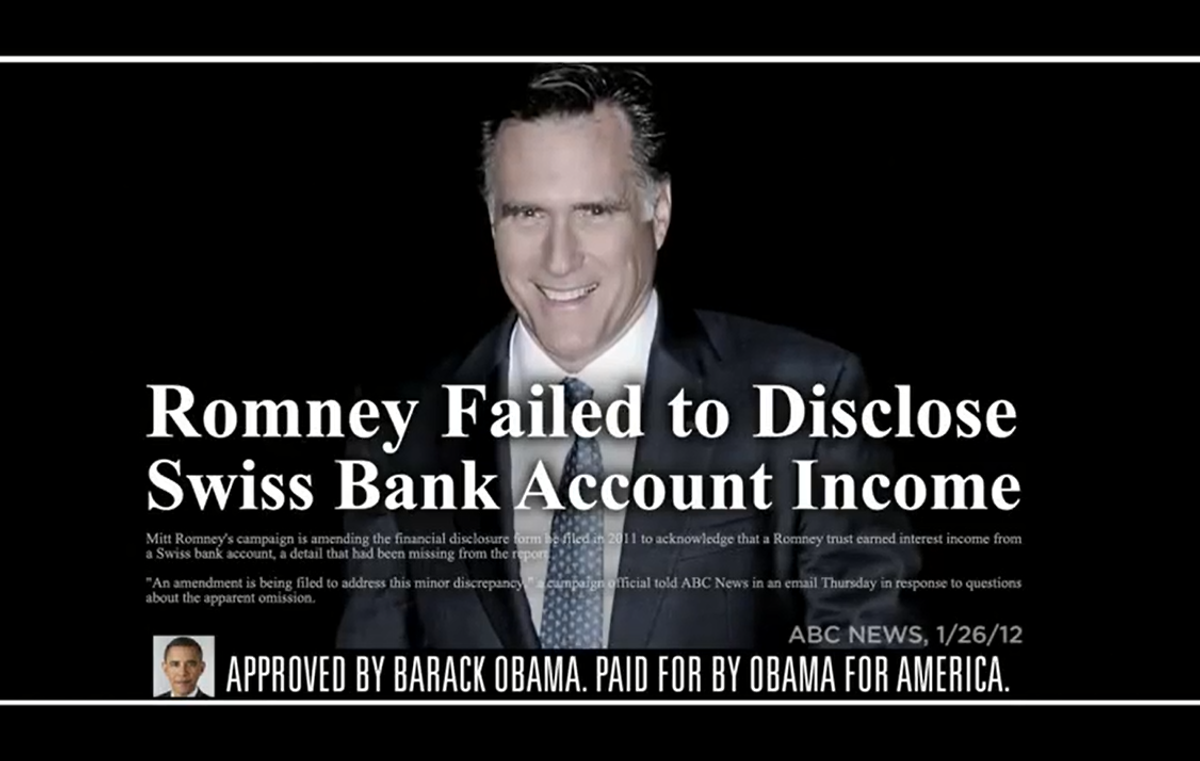 President Obama’s campaign unveiled its fifth television spot this morning, and the most surprising thing about it is that it took this long for the president’s team to play the Swiss bank account card.

The 30-second spot, which will air in the swing states of Iowa, Virginia and Ohio, is ostensibly a response to Koch-funded “independent” attack ads that claim the administration blew billions of dollars on green jobs efforts. But it’s really the start of what figures to be a relentless over-the-air campaign to connect Romney’s own top-1 percent lifestyle with the policy priorities of his party.

It takes about 10 seconds for the Obama ad to pivot from green jobs into a series of bullet points on Romney and outsourcing, ending with the line: “It’s just what you’d expect from a guy who had a Swiss bank account.”

The Swiss bank account came to light back in late January, when Romney – after being booed for his stonewalling at a Republican debate – very reluctantly released some of his tax records. The documents were rife with the markings of a top-1 percent man: $45 million in income in 2010 and 2011, an effective tax rate of 14 percent, extensive offshore holdings, and the Swiss account, which was apparently closed just before Romney embarked on his 2012 campaign. The tax records are complemented by a seemingly endless parade of Romney “wealth gaffes” – unscripted moments in which the candidate conformed to the stereotype of an out-of-touch plutocrat.

Playing up Romney’s wealth is not without risk, with Romney countering that the strategy reeks of “class warfare” and amounts to a gratuitous attack on “job creators.” The challenge for Obama is to make it clear that he’s not trying to stoke resentment of Romney’s wealth and success, but rather that Romney represents a super-affluent elite that has been shielded from the economic downturn and that Republicans are intent on protecting with their policies. From Obama’s standpoint, this is the great potential of Romney’s “top 1 percent-ness” – that it helps to drive home a point that Obama would be making about any Republican candidate running against him this year.