Here's how it works when conservatives control everything: The wealthy get coddled and the poor get a bum's rush 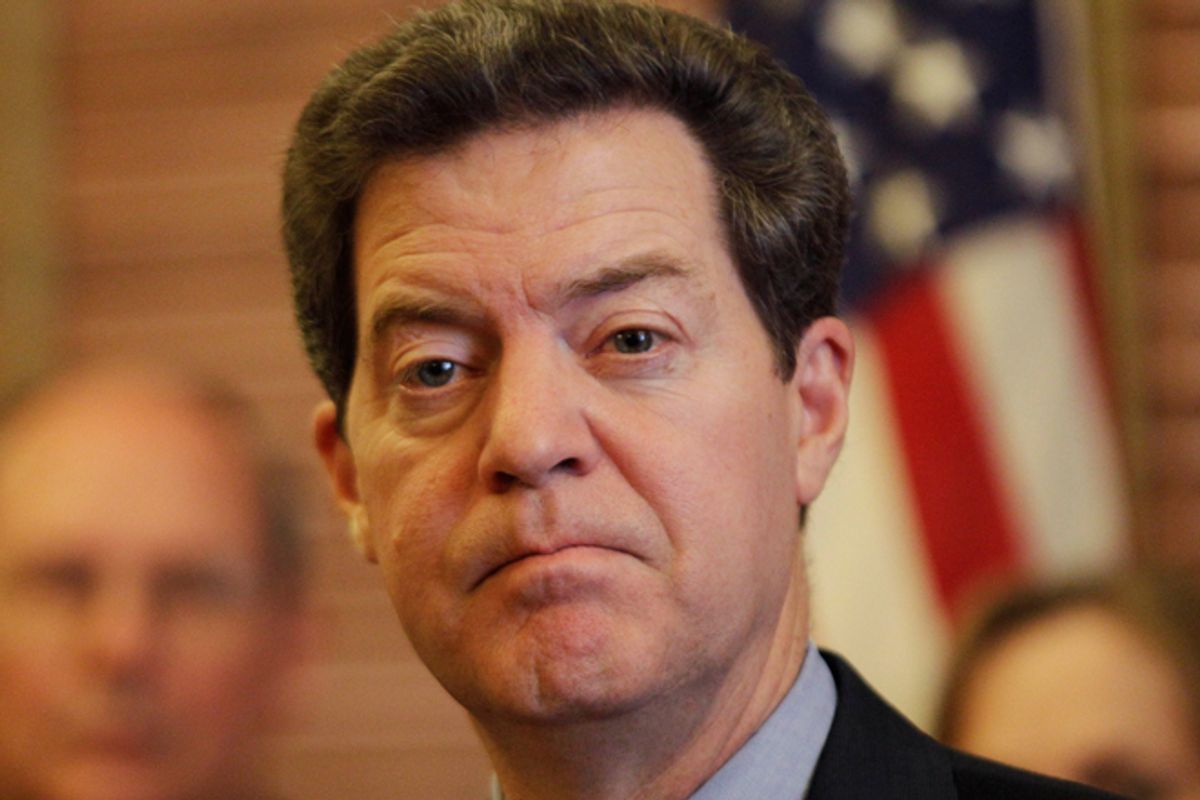 Kansas is special. In most American states in which Republicans control the state legislature, the GOP busies itself with redistricting efforts designed to minimize the chances of Democratic electoral success. But in Kansas, the fight is over new districts cooked up to get rid of moderate Republicans. Similarly, nearly all Republican-dominated states are working hard to limit the ability of women to get abortions, but only in Kansas will you hear a state legislator compare rape to a flat tire.

Something is clearly the matter with Kansas, so it may be it's not the wisest idea to go overboard extrapolating from the state's behavior to potential developments on the national scene. On the other hand, if you're wondering what complete Republican control of the U.S. government at the federal level would look like, Kansas does offer some clues.

Take taxes, for example. Last week, Kansas House and Senate negotiators agreed on a new tax plan that will sharply cut income taxes for wealthy state residents while at the same time raising taxes on the poor. The result, predictably, will be a shortfall in state revenue that will undoubtedly force additional cuts to state services.

The Center on Budget and Policy Priorities provides the analysis, but you don't have to trust the left-leaning think tank for the spin. A newly formed group of retired Kansas Republican legislators are also declaring that enough is enough. The bottom line is this: If you're wealthy enough and smart enough to structure your business affairs correctly, you can avoid both corporate taxes and income taxes. But if you're poor, you will have to choose between whether you qualify for the Earned Income Tax Credit, or a state-funded rebate on sales taxes charged on groceries. One or the other! Not both! Because if there is a tax loophole that favors working-class Americans, we'd better close it!

The details are different, but the basic outline is similar to the ideas codified in Paul Ryan's Mitt Romney-endorsed budget: We'll pay for tax cuts for the wealthy by cutting services that help the poor. Romney might not be as conservative as Kansas Gov. Sam Brownback, but when the bills passed by a GOP-controlled Legislature start arriving on his desk, his response will be identical: He'll sign it.