A heaven made in hell

Even as he slid deep into madness in his jungle “paradise,” Jim Jones found support in high places in San Francisco 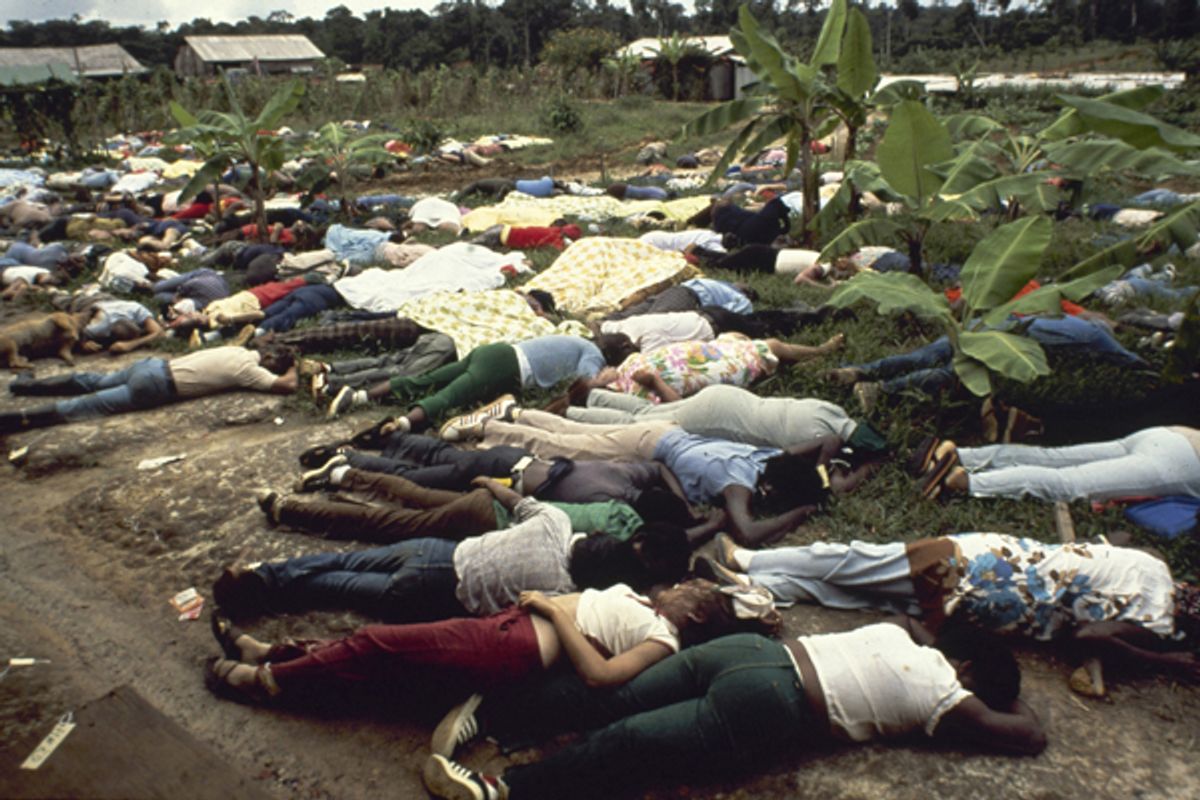 This is the final part in a series of excerpts from “Season of the Witch,” Salon founder David Talbot’s new book about the wild and bloody birth of San Francisco values. Read Part 1 and Part 2.

By early 1977, it seemed that Jim Jones had conquered San Francisco. He had Mayor George Moscone in his pocket and commanded the fawning loyalty of power brokers such as Willie Brown and rising stars like Harvey Milk. Using San Francisco as its power base, the Peoples Temple was ready to expand its operations in Los Angeles, Seattle, and other cities where it had already sunk roots.

But in July -- on the eve of a Peoples Temple expose in New West, a California magazine owned by Rupert Murdoch – a spooked Jones suddenly uprooted his flock and fled to the jungles of Guyana, far from the reach of curious reporters and government investigators.

Dave Reuben and his team in the district attorney’s office were stunned by Jones’s sudden flight. They thought the timing of his escape was suspicious, prompted not just by the imminent publication of the New West expose but also by their own investigation. Somebody in the Hall of Justice had clearly tipped off the temple. “We were ready for grand jury indictments; we were this close,” said Reuben. “And [DA] Freitas would’ve had to go along with it, because he had no other choice. The next thing I know, I get a phone call in the middle of the night. ‘Guess what, he’s gone.’ Jones is gone, and the temple is packing up and getting ready to join him. I remember, we had a meeting in the office, and we said, ‘Somebody snitched us off.’”

In the fall of 1977, as Jim Jones hunkered down in Guyana’s steaming tropical wilderness with his flock of more than 1,000 souls, disturbing reports about the “utopian” community began filtering back to the Bay Area. But political supporters like Harvey Milk, newly elected to the board of supervisors, stuck by the increasingly fanatical leader, out of fear, expedience, or stubborn loyalty. In December 1977 Milk wrote to Joseph Califano, President Carter’s secretary of health, education, and welfare, protesting HEW’s decision to stop forwarding Social Security checks to elderly temple members in Guyana -- a key financial pipeline for Jones. “Peoples Temple,” Milk informed Califano, “[has] established a beautiful retirement community in Guyana, the type of which people of means would pay thousands of dollars to patronize.”

Other icons of the Bay Area left, including Angela Davis and Huey Newton, also continued to rally around Jones. Longtime Black Panthers attorney Charles Garry agreed to represent the preacher in his legal battles. Garry became an aggressive mouthpiece for the temple back in the United States, telling the press, “There is a conspiracy by government agencies to destroy the Peoples Temple.” Privately, Garry began to question Jones’s mental stability, but he kept his doubts to himself. After visiting Jonestown in October 1977, the radical lawyer announced, “I have seen paradise.”

In reality, the Jonestown “paradise” was a nightmarish Third World police state. Everyone but the youngest and oldest were forced to work like mules from dawn to dusk in the sweltering fields, scratching out a living from the wild jungle terrain. Chronically short of food, residents struggled to keep their weight up with starchy meals like cassava bread drenched in brown syrup and rice soaked with gravy. Families and lovers were forced to live apart, relatives were pitted against one another, neighbors were ordered to inform on each other.

After dinner, the exhausted community was forced to assemble for interminable “emergency meetings” and listen to Jones’s increasingly mad ravings late into the night. Punishment was swift for those who nodded off. One evening a 60-old father of five named Charlie, worn out from fieldwork, slumped to the ground. An incensed Jones commanded Charlie’s son to wrap a boa constrictor around his father’s neck, releasing him only after the poor man’s face was turning red and he had humiliated himself by pissing his pants.

Jones and his heavily armed security team kept the community in a state of terrorized obedience. Minor infractions could send malefactors of all ages, even children, to the dreaded Box, a stuffy underground cubicle where they could be held for days. Those who dared to dissent were dispatched to the medical unit, where they were forcibly drugged and kept in a zombified state indefinitely.

While his followers lived hungry, Spartan lives, Emperor Jones resided in relative splendor in a cottage well stocked with electric appliances, delicacies like hard-boiled eggs, snacks, and soft drinks, and a cache of medications that he had expropriated from his aging and feeble residents. His drug supplies were endless.

The temple leader had been dependent on amphetamines, sedatives, and other drugs for years. Jim Jones Jr. remembered that as far back as the family’s days in Redwood Valley, his father kept a tray of white liquid in the refrigerator and would fix syringes with the fluid and inject himself. One time he overdosed, flailing around on the floor, and the worried kids were told that their father had suffered a heart attack. But years later, after working in a hospital, the younger Jones came to realize his father had displayed the symptoms of a speed addict.

In the glorious isolation of Jonestown, under his tropical canopy, Jones surrendered fully to his drug-fueled manias. He created an Orwellian dystopia and forced his captive followers to live in it. The nights were the worst, as the jungle’s dark silence was broken by a ghastly soundtrack of howler monkeys’ screechings and Jones’s sudden eruptions over the loudspeakers. Father’s voice was everywhere: in the huts, outhouses, fields. There was no getting away from his sleepless rants.

“White Night!” Father would yell in the deepest black of night, jolting his followers from their exhausted slumber. “White Night!” Residents were rushed toward the glaring lights of the pavilion, the elderly shuffling along in a daze, the children crying. When they were all gathered there, Jones -- spazzy and hot-wired on speed -- told them that the US government was about to pounce. They had to act quickly.

“Hear that sound?” Father told them. “The mercenaries are coming. The end has come. Time is up. Children . . . line up into two queues, one on either side of me.”

The guards stood solemn vigil over a large vat next to Jones.

“It tastes like fruit juice, children. It will not be hard to swallow.”

The White Night drill. It was terrifying but not real. Until the day it was.

Excerpted from "Season of the Witch" by David Talbot. Copyright 2012 by David Talbot. Excerpted by permission of Free Press, a division of Simon & Schuster. All rights reserved. No part of this excerpt may be reproduced or reprinted without permission in writing from the publisher.

San Francisco Season Of The Witch