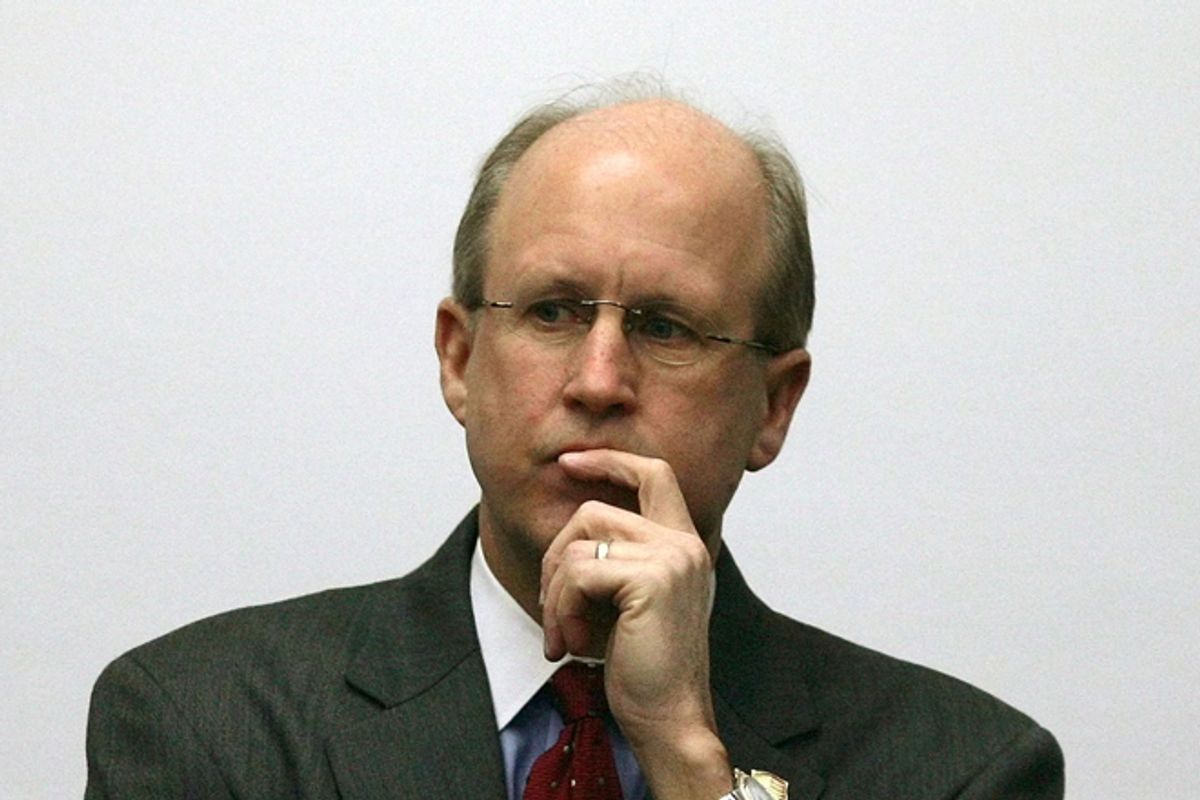 Americans Elect is a weird experiment in applying a lot of money and time and resources into proving a common elite myth: That Americans as a whole are crying out for "bold," nonpartisan political leadership, and that their strong desire for moderate, independent solutions is stifled by the two-party system. So far, the organization has managed to win presidential ballot access in 26 states, which is a remarkable achievement. The only problem is, it has no candidate. And the process it developed to select a candidate is turning out to be a big, hilarious mess.

So any Americans Elect delegate can "draft" a candidate, and any eligible citizen can declare him- or herself a candidate, but AE has a high bar for a candidate to be declared "qualified" to actually run in its online primary: "Insiders" require 10,000 clicks -- 1,000 people in at least 10 states -- of support from delegates. "Outsiders" require 50,000. Thus far, Ron Paul, a drafted candidate, has received 8,753 clicks. Buddy Roemer, a declared candidate, has 4,389. In other words, no one is close to being qualified, and the massive grass-roots support AE expected did not really pan out. The first "caucus" vote, scheduled for next week, has been canceled. The next vote, set for May 22, is reportedly "in jeopardy."

They are still really confident that they'll find just the right deficit hawk, though. There is a shortlist, they cryptically explained to the Washington Post:

The group is still on the lookout for a Goliath-toppling personality. “There’s a short ­list,” said chief executive Kahlil Byrd, without sharing names. How many? “Negative eight,” he said, and his spokeswoman repeated the cryptic tally. As in less than zero? Byrd would only clarify: “More than four.”

I don't think they count Ron Paul, the only possible AE candidate with an actual substantial base of support. (He is too "extreme" for this crowd.) At the moment, some AE types seem to be attempting to draft David Walker, the former comptroller general and "No Labels" co-founder. (Oddly, his "No Labels" site bio was recently scrubbed, then replaced with lots of info missing.) David Walker, now there's a name that'll get voters to the polls.