From superheroes to doughboys 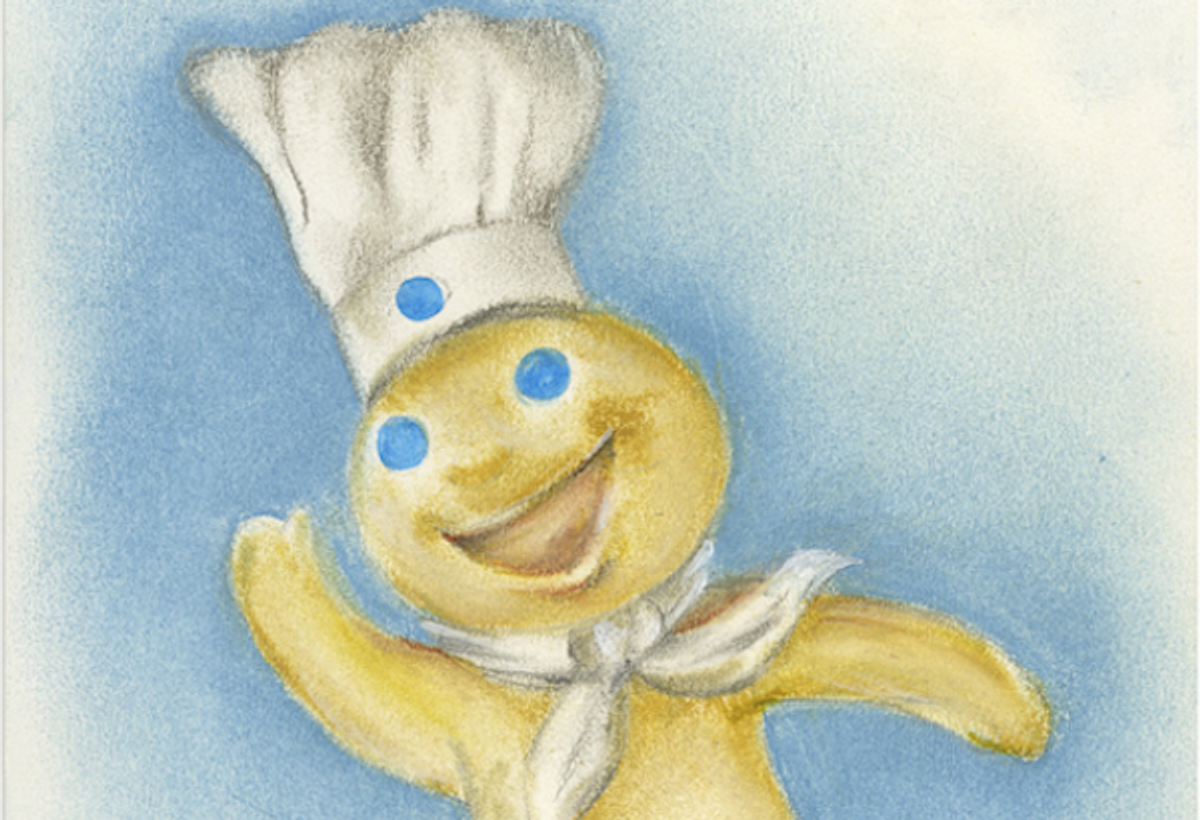 In the early part of the 20th century the first American cartoonists were the superstars of their times. Their work was received by an adoring audience, they earned lucrative contracts and toured the country to give chalk talks to a welcoming public. Richard Felton Outcault’s "Yellow Kid," Bud Fisher’s "Mutt and Jeff," Rudolph Dirks’s "Katzenjammer Kids," Winsor McCay’s "Little Nemo," George McManus’ "Jiggs and Maggie," Sidney Smith’s "The Gumps" were all extremely popular entertainment, earning some of their creators upwards of $1 million annually.

With the introduction of Superman in Action Comics No. 1 in 1938, the longer form of comic books sold in the millions of copies per issue but the artists themselves didn’t fare as well, earning only dollars per page. Following the congressional hearings on juvenile delinquency and comic books in 1954, the industry tightened, and many titles ceased. In the back of David Hajdu’s "The Ten-Cent Plague" hundreds of artists are listed who left comics never to return. The question at hand is: Where did they go? Many, as it turns out, headed to the more profitable field of advertising.

Unlike comics, advertising offered heretofore-elusive benefits: better pay, stability, recognition and health insurance. The agencies were willing to pay good money for work on national accounts and wanted the best artwork possible. Comic artists were used to working fast and sequential storyboard art for television commercials and illustration for ads and as comps for photo shoots were a natural transition.

Some began the migration early. Lou Fine was one of the earliest comic book artists, beginning his career at the the Eisner-Iger comic shop in New York City in 1938, drawing such features as "Wilton of the West," "The Count of Monte Cristo," "The Flame," "Black Condor," "Stormy Foster" and "Uncle Sam." One of the first to journey over to advertising, Fine left the comic book industry in 1944 and began drawing Sunday advertising strips for newspapers, collaborating with Don Komisarow. Through the J. Walter Thompson Agency, they created strips for characters such as Edgar Bergen’s "Charlie McCarthy’"and "Mr. Coffee Nerves" in ads for Chase and Sanborn Coffee, and Dashiell Hammett's "Sam Spade" for Wildroot Cream Oil.

Three cases in point post the 1954 United States Senate Subcommittee on Juvenile Delinquency hearings were Marvin Stein, Mort Meskin and George Olesen. Stein, born in the Brooklyn, the son of a sign painter, graduated from Pratt Institute and in 1943 went to work for the Harry A. Chesler studio in Manhattan, which supplied comic stories and art to the burgeoning comic book industry. Stein worked on Captain Valiant for Croyden Publications and both Superboy and Funnyman for Superman co-creator Joe Shuster.

Soon after, Stein began a long-standing relationship with the Simon and Kirby Studio, working on myriad titles for them, including Black Magic, Headline, Justice Traps the Guilty, Young Love and Young Romance, while freelancing for several other publishers, Atlas, Feature, Prize, Ziff Davis included.

Stein left comics in 1958 for the world of advertising and television broadcast graphics and in 1961 he landed at the advertising agency Batten, Barton, Durstine & Osborn as a storyboard artist and illustrator. Already employed there was fellow Brooklynite and Pratt alumni George Olesen, best known for his work on The Phantom newspaper strip. Following his service in WWII Olesen began dual careers, in advertising and comics.

By 1965 Stein was ready to head into animation (he was also illustrating the comic strip McGurk’s Mog with Bud Wexler for New York Newsday) and recommended Simon and Kirby studio mate Mort Meskin for the open position at BBD&O. Meskin was considered by his peers an “artist’s artist” for his pioneering work on "The Vigilante" and "Johnny Quick" stories for DC comics and collaborations with Jerry Robinson on Fighting Yank and Black Terror in the 1940s. Stein, Olesen and Meskin had a lot in common, all being Brooklyn born, Pratt educated and sharing a desire to leave comic books behind. Meskin was immediately hired, and was soon working on national campaigns for such clients as Pepsi, Schaeffer Beer, General Electric and a roster of blue chip companies.

The ranks of comics ex-pats grew: Charles Biro (Daredevil, crime comics), Noel Sickles (Scorchy Smith), Art Saaf (Rangers) and Joe Simon (Captain America) were among the many who migrated over from comics. Philadelphia-born Martin Nodell is of significant note as he was not only the co-creator of "Green Lantern" with writer Bill Finger, he was also responsible alongside Leo Burnett advertising agency's copywriter Rudy Perz for bringing the "Pillsbury Doughboy" into the world. Likewise Little Dot creator Vic Herman was responsible for "Elsie the Cow." And you can credit the original "Captain Marvel" artist C.C. Beck with the look-alike "Captain Tootsie."

Many other comics artists would contribute advertising art on a freelance basis over the years: Jack Davis (Mad, EC Comics), Kelly Freas (Mad). Stan Drake (The Heart of Juliet Jones), Sheldon Moldoff (Hawkman), Wallace Wood (EC Comics, Mad, T.H.U.N.D.E.R. Agents) among them. While many would return to comics on occasion, some, like Meskin, choose to never look back.

[caption id="attachment_311481" align="aligncenter" width="460" caption="... and his advertising illustration for the Johnstone and Cushing Agency."]

Also by Steven Brower for Imprint: You Can't Judge a Jack Kirby Book By its Cover and Jack Kirby’s Collages in Context