Who owns the cloud? 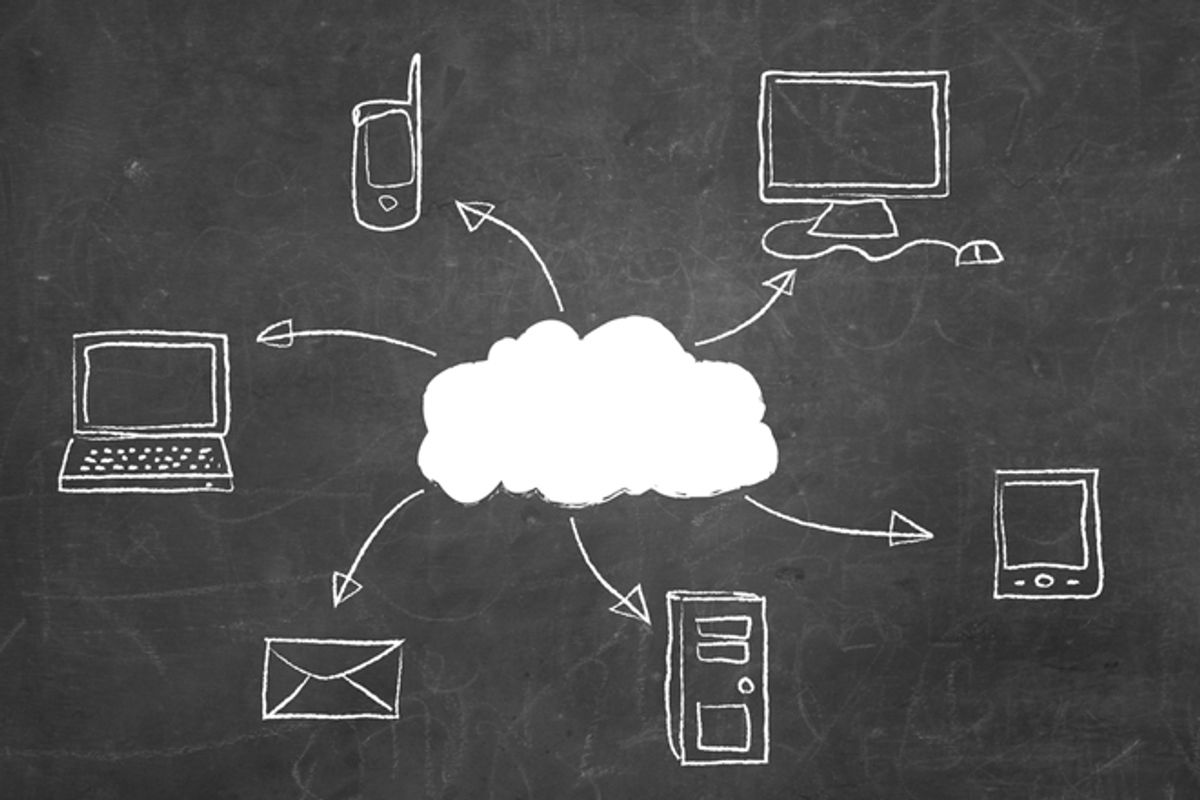 When you hear the phrase “property rights,” you probably think of farmers fighting environmental regulators and homeowners arguing with oil drillers. But in the Information Age, you should also be thinking about your computer – and asking, how much of you is really yours? It’s not a navel-gazing rumination from a college Intro to Existentialism class – it’s an increasingly pressing question in the brave new world of social networking and cloud computing.

Last week’s big technology announcement spotlighted the thorny issue. As the Los Angeles Times reported, Google’s announcement of its “Google Drive” came with the promise that users will “retain ownership of any intellectual property rights that you hold in that content.” But when you save files to Google’s new hard-drive folder in the cloud, the terms of service you are required to agree to gives Google “a worldwide license to use, host, store, reproduce, modify, create derivative works, communicate, publish, publicly perform, publicly display and distribute (your) content” as the company sees fit.

When asked about this, Google argued that its provisions merely “enable us to give you the services you want - so if you decide to share a document with someone, or open it on a different device, you can.”

As reassuring as that seems, though, it’s not that simple when considered in a larger context.

In the last few years, major technology companies have become integral to interpersonal communication and information management. At the same time, many of these firms have tweaked user agreements in exactly the way Google has, helping the industry legally position itself for a mass intellectual property grab. That means whether you are using a photo-sharing site or a Web-based email account, you may have signed off on letting one of these corporations do whatever it wants with your data. As evidence of that reality, Facebook in 2009 let advertisers employ users’ uploaded photos to market products without users’ explicit approval.

Such a use unto itself may not offend you, but remember – that’s only what you can see. Indeed, nobody has any comprehensive idea of how tech companies are using these provisions in their secret business-to-business dealings. If they are already using your photos, what else are they doing behind their firewall? Are they selling your data? Are they mining your cloud files looking to preemptively appropriate the next great innovations? Nobody knows ... well, except the tech companies themselves.

It’s easy to ignore such concerns by believing that the scope of a mass data mining operation is prohibitively large. But that’s not true. With the government already mining data from millions of Americans' phone records in the name of fighting terrorism, it’s perfectly reasonable to believe that multibillion-dollar corporations can do the same.

Of course, companies providing these services assert that intellectual property is a substitute currency for cash. As the logic goes, even though online services cost money to create and maintain, you the user don’t have to pay actual cash for them because you are already paying in information about yourself, which technology companies then monetize.

That may seem at first like a good deal. But amid companies’ ever-intensifying pursuit of profit, the monetization process opens up the possibility for serious shenanigans. And here’s the worst part: If a company ultimately pilfers inventions or trade secrets or anything else from users, it will already be too late. Because we so quickly hit “agree” when we originally opened our accounts, we will have signed away any claim to what we believed to be ours and ours alone.