Why the Cherokee story is a problem for Warren 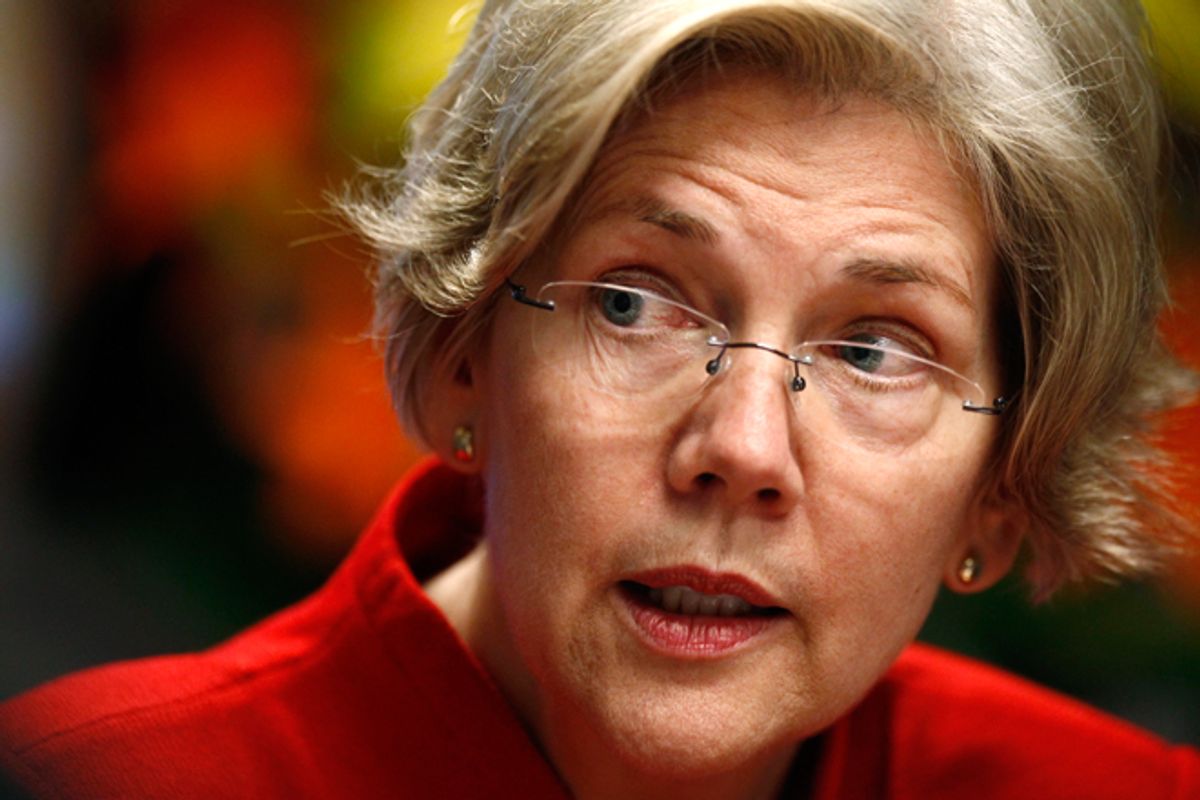 It is not necessarily, as one Boston columnist put it this week, the beginning of the end for Elizabeth Warren. But the revelation that she used to claim minority status based on a very distant Cherokee relative from more than a century ago and the way she handled it caused some immediate fallout for her – and could contribute to a more serious, longer-term problem.

Warren’s short-term problem is obvious: She lost the week. A few days ago, her campaign thought it had a signature example of hypocrisy by her Senate opponent, Scott Brown, who voted against the healthcare reform law but who now carries his 23-year-old daughter on his insurance plan – something made possible by the law.

But instead of exploiting that bit of news, Warren and her campaign spent the week in a defensive crouch. The Cherokee story was first reported last Friday, when a Boston Herald story noted that Harvard Law School had played up Warren’s minority status in the 1990s to demonstrate its commitment to diversity. Warren told the paper she had no memory of Harvard doing so and said, “You’re trying to raise something from 15 years ago.”

Presumably, she hoped the matter would blow over quickly, but it then came to light that Warren had listed herself as a minority in the Association of American Law Schools directory from 1986 to 1995, giving the story new momentum. Warren, an Oklahoma native who had never mentioned her Cherokee ancestry as a Senate candidate, responded that she had done so to meet “people like me.” She also recalled listening to an aunt remark that her grandfather had “high cheekbones like all of the Indians.”

In addition to muffling the Brown/healthcare issue, the episode makes Warren seem less than forthcoming. In the best case scenario for her, it will prove to be an isolated incident and will be largely forgotten by the fall. The threat to Warren, though, is that it will make a lasting impression on the blue-collar swing voters who loom as the race’s key constituency.

Brown used his regular-guy-with-a-truck image to make significant inroads with this crowd in his 2010 special election upset, winning a bunch of small and midsize cities that traditionally vote Democratic. The promise of Warren’s candidacy is that her own biography -- a self-made woman from humble roots -- and her unusual ability to communicate progressive economic ideas in charismatic and digestible sound bites will keep just enough blue-collar voters in the Democratic fold to win.

To head her off, Brown habitually refers to his opponent as “Professor Warren,” part of his effort to maximize the cultural distance between her and him – and between her and working-class voters. The danger of the Cherokee story is that it plays into the image of Warren that Brown is trying to create. The fact that she’s 1/32 Native American and only made mention of it as an up-and-coming academic raises the specter of affirmative action, a wedge issue that Republicans have used for decades to turn blue-collar voters against Democrats.

Warren’s hopes of unseating Brown depend on making the traditionally Democratic voters who like and identify with him comfortable with her as a personality. This week’s developments could complicate that.