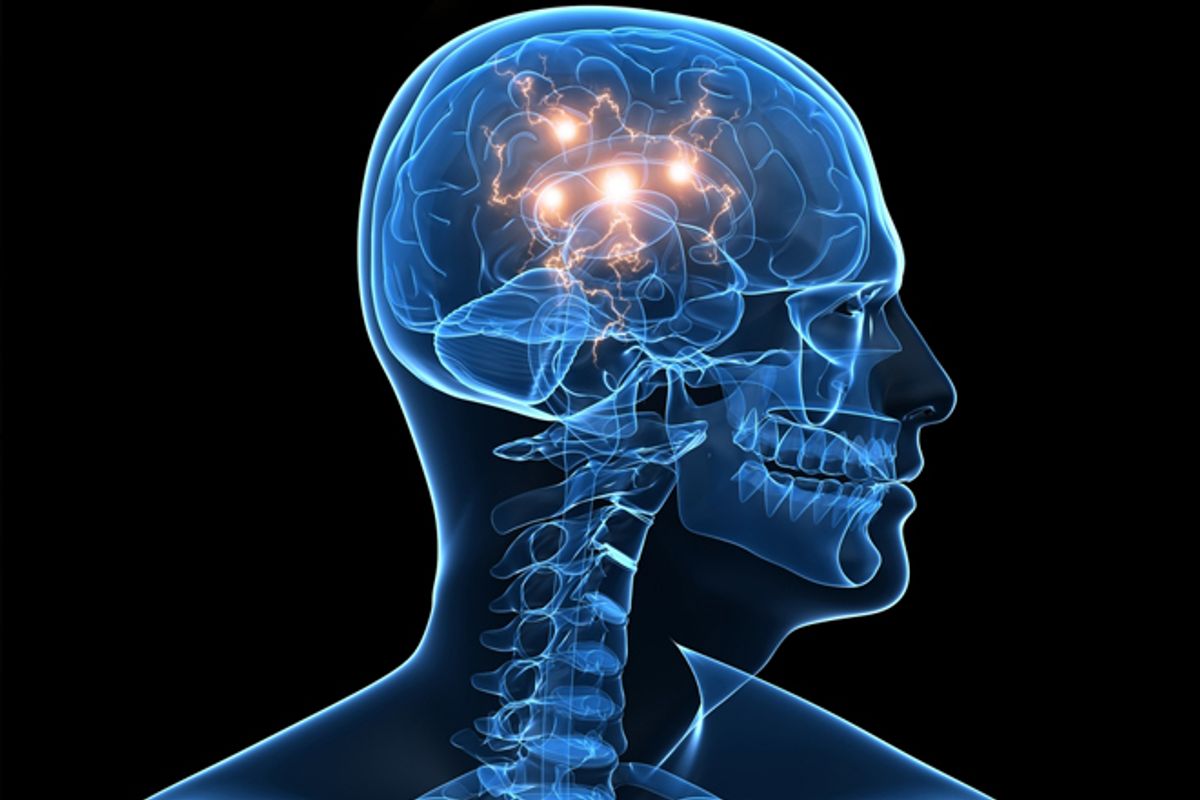 On May 8, North Carolinians will vote on a constitutional amendment that defines a marriage between a man and a woman as the “only domestic legal union” the state will recognize -- thereby barring LGBT marriage equality. The amendment would also ban civil unions and end domestic partner benefits like prescription drug and health care coverage for the partners and children of public employees. At its deepest level, this issue is about fairness for everyone under the law. But less mentioned is that it is also about science, and about what’s factually true.

Many voters who go to the polls to support Amendment One will do so believing outright falsehoods about same-sex marriages and civil unions. In particular, they hold the belief that such partnerships are damaging to the health and well-being of the children raised in them. That is, after all, one of the chief justifications for the amendment.

According to the pro-Amendment One group Vote for Marriage NC, for instance, “the overwhelming body of social science evidence establishes that children do best when raised by their married mother and father.” If marriage is defined as anything other than the union between man and woman, the group adds, we will see “a higher incidence of all the documented social ills associated with children being raised in a home without their married biological parents.”

Well, no. Indeed, as I report in my new book "The Republican Brain: The Science of Why They Deny Science -- and Reality," the claim that the kids won’t be all right in same sex marriages or partnerships now rates up there with a number of other hoary old falsehoods about homosexuality: the assertion that people can “choose” whether to be gay; the notion that homosexuality is a type of disorder; and the wrong idea that it can be cured through “reparative” therapy. All of these claims are explicitly disavowed by the American Psychological Association (APA).

In a moment, I want to explore the underlying psychology behind how conservatives, especially religious ones, can believe such falsehoods. But first, let’s dismantle, on a substantive level, the idea that research shows that kids fare worse when raised by two parents who are of the same gender.

According to the APA, the relevant science shows nothing of the kind. “Beliefs that lesbian and gay adults are not fit parents … have no empirical foundation,” concludes a recent publication from the organization. To the contrary, the association states, the “development, adjustment, and well-being of children with lesbian and gay parents do not differ markedly from that of children with heterosexual parents.”

So how can Christian conservatives possibly claim otherwise?

Well, one favored approach is literally citing the wrong studies. There is, after all, a vast amount of research on kids in heterosexual two-parent families, and mostly these kids do quite well — certainly better than kids in single-parent families (for obvious reasons). Christian conservatives cite these studies to argue that heterosexual families are best for kids, but there’s just one glaring problem. In the studies of heterosexual two-parent families where children fare well, the comparison group is families with one mother or one father — not two mothers or two fathers. So to leap from these studies to conclusions about same-sex parenting, explains University of Virginia social scientist Charlotte Patterson, is “what we call in the trade bad sampling techniques.”

But wait: Don’t Christian conservatives want to be factually right and to believe what’s true about the world? And shouldn’t a proper reading of this research actually come as a relief to them and help to assuage their concerns about dangerous social consequences of same-sex marriage or civil unions? If only it were that simple. We all want to be right and to believe that our views are based on the best available information. But in this case, Christian conservatives utterly fail to get past their emotions, which powerfully bias their reasoning. Indeed, science doesn’t just demonstrate that the kids are all right in same-sex unions. It also shows how and why some people reason poorly in highly politicized cases like this one -- and, in the case of the anti-gay views of Christian conservatives, rely on their gut emotions to come up with wrong beliefs. Here’s how it works.

There are a small number of Christian right researchers and intellectuals who have tried to make a scientific case against same-sex marriages and unions by citing alleged harms to children. This stuff isn’t mainstream or scientifically accepted -- witness the APA’s statements on the matter. But from the perspective of the Christian right, that doesn’t really matter. When people are looking for evidence to support their deeply held views, the science suggests that people engage in “motivated reasoning.” Their deep emotional convictions guide the retrieval of self-supporting information that they then use to argue with, and to prop themselves up. It isn’t about truth, it’s about feeling that you’re right -- righteous, even.

And where, in turn, do these emotions come from? Well, there’s the crux. A growing body of research shows that liberals and conservatives, on average, have different moral intuitions, impulses that bias us in different directions before we’re even consciously thinking about situations or issues. Indeed, this research suggests that liberals and conservatives even have different bodily responses to stimuli, of a sort that they cannot control. And one of the strongest areas of difference involves one’s sensitivity to the feeling of disgust.

A recent study, for instance, found that “individuals with marked involuntary physiological responses to disgusting images, such as of a man eating a large mouthful of writhing worms, are more likely to self-identify as conservative and, especially, to oppose gay marriage than are individuals with more muted physiological responses to the same images.” In other words, there’s now data to back up what we’ve always kind of known: The average conservative, much more than the average liberal, is having visceral feelings of disgust toward same-sex marriage. And then, when these conservatives try to consciously reason about the matter, they seize on any information to support or justify their deep-seated and uncontrolled response -- which pushes them in the direction of believing and embracing information that appears to justify and ratify the emotional impulse.

And voila. Suddenly same-sex marriages and civil unions are bad for kids. How’s that for the power of human reason?

All people engage in emotion-guided or -motivated reasoning, to be sure. But mounting evidence suggests that the Left and Right may do so differently. And they definitely do so for different reasons -- as the present case so strongly demonstrates.

Does this mean we should be more tolerant of the intolerant, or less disgusted by those who may consider us disgusting? Maybe. After all, people may not have much control over these impulses. They may not even be aware of them. At the very least, such knowledge should increase our level of understanding of those who disagree with us.

In the end, however, facts are facts -- and emotions and gut instincts are an utterly unreliable way of identifying them. We can try to be understanding of people different from us -- even when they’re manifestly failing at the same task. But the latest research makes it more untenable than ever to base public policy on gut-driven misinformation.