The debut is even more impressive than you think, delivering a record weekend of $207.1 million in high style 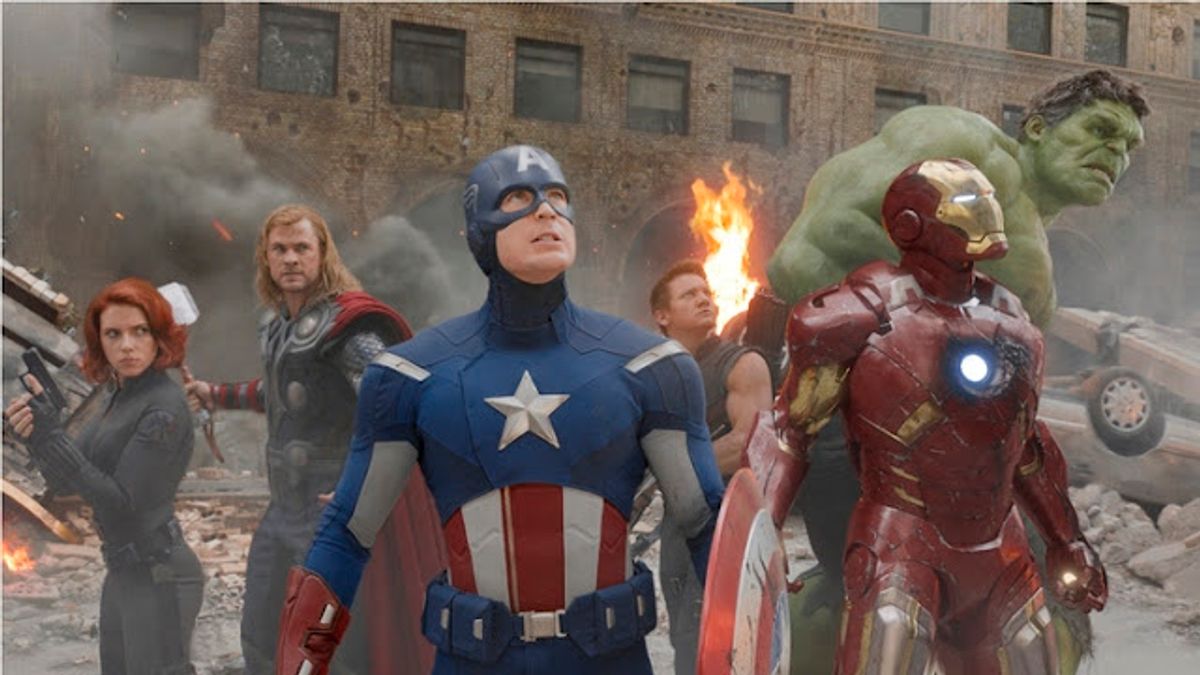 Ten years ago, "Spider-Man"shocked the industry by grossing more than $100 million in a single weekend. Five years ago, "Spider-Man 3" broke the $150 million weekend barrier. This weekend, "The Avengers" has blown through the $200 million barrier, delivering a record opening weekend of $207.1 million in high style. Yes, the number is beyond huge, besting "Harry Potter and the Deathly Hallows part II" by $38 million. But the total weekend number only tells part of the story. Arguably as important as the massive three-day figure is the manner in which it was earned.

First of all, "The Avengers" is the first film in modern times (going back to "Batman" 23 years ago) to break the opening weekend record without shattering the opening day record. "Harry Potter and the Deathly Hallows part II" still holds the record for the biggest single day, biggest opening day, and biggest Friday with $91 million. "The Avengers" earned a massive $80 million on its first Friday, good for the second-highest single day of all time. But for the last several years, massive opening weekends of this nature have been predicated on overly front-loaded opening days, in turn predicated on front-loaded midnight showings. "Harry Potter and the Deathly Hallows Part II" made $43 million at midnight alone, or 25 percent of its $169 weekend total. "The Hunger Games" did 12 percent of its $152 million debut at midnight. "Twilight Saga: New Moon" did 18 percent of its $142 million debut at midnight alone. "The Avengers" did just 9 percent of its gross, or $18.7 million, at midnight. This means that the film played obscenely well all weekend, not just on opening day for frenzied fans.

In terms of single-day records, "The Avengers" actually did break one Friday record, as it made $61 million not counting midnight screenings, crushing the $49 million "regular business hours" Friday grosses of "Spider-Man 3," "The Dark Knight" and "Harry Potter and the Deathly Hallows Part II." It handily broke both the Saturday and Sunday records by wide margins. "The Avengers" actually made more on Saturday ($69 million) than it did during "normal business hours" on Friday, besting "Spider-Man 3's" $51 million Saturday record. And while final figures could change, "The Avengers" grossed $59 million on Sunday, crushing the $43 million earned by "The Dark Knight" on its first Sunday.

"The Avengers" did not have a sub-2.0x weekend multiplier like the last "Harry Potter" film, or the barely-2.0x multiplier like the last couple of "Twilight" films and "The Hunger Games." "The Avengers" pulled a rock-solid 2.57x weekend multiplier. That's the kind of consistency you rarely find with big opening weekends, let alone monstrous record-setters like this. The film earned an A+ from Cinemascore, and these numbers bear that out.

The picture played 50 percent over/under 25 years old and 60 percent male. It earned a surprising 52 percent of its gross in 3-D ticket sales with 8 percent of that being from IMAX.  So yes, even without the 3-D bump, it still would have set a new opening weekend record (around $175 million, although theoretical 2-D IMAX showings would have had the same "bump" as 3-D IMAX showings). And yes, even with inflation factored in, the film sold more tickets over its opening weekend than any other film ever (26.5 million tickets, about 3.5 million more than "The Dark Knight"). "The Avengers" played all weekend to packed houses all day and night for audiences of all shapes and sizes. And, if only judging by my Twitter feed, there was lots of repeat business just over the weekend.

I may have token issues with the film in terms of its worth as a piece of art (non-spoiler review and spoiler discussion). But as a big-budget spectacle rooted in characters worth cheering for, the picture absolutely delivers the kind of popcorn entertainment that these kind of films often fail to deliver. Marvel did the groundwork over the last four years, releasing stand-alone films that introduced most of these heroes in their solo adventures, and this was the glorious payoff. This was the first Marvel film distributed by Disney, as Paramount sold the rights to its Marvel characters to the Mouse House back in 2010. While I may carp about the quality of the marketing materials (mediocre trailers, hilariously Photoshopped posters), they did take the time and money to guarantee curiosity and awareness, while the film's quality was the most potent tool in creating interest outside of the die-hards, as Disney correctly screened the film early and often to create a typhoon of buzz heading into its domestic debut.

Opening weekend is usually more about marketing than the quality of the film, but the consistent numbers clearly show that the film's quality was a key component of the marketing campaign. Still, if I may, I'd like to take a moment to remember the stellar marketing work that Paramount has done with the prior five films, starting with marketing a B-level hero ("Iron Man") to a $100 million debut four years ago. They sold "Thor" despite having little buzz-worthy footage and managed the tricky feat of turning "Captain America" into a global blockbuster. Disney deserves plenty of credit for this weekend's debut, but let's not let Paramount become the Chris Columbus of Marvel marketing efforts (although Paramount will get their share of "Avengers" movie too).

Oh yeah, the film continued to burn up the foreign charts too, and the film now has $648 million worldwide, good for the top-grossing worldwide earner of 2012 (it will probably surpass "The Hunger Games" domestically within a week, so I was wrong on that count). How high it climbs is a complete mystery at this point. The strong weekend multiplier, the rousing audience reactions, the strong replay value, and the comparative lack of competition over the next month (sorry, "Battleship," you're officially sunk) leaves the field open for a huge sprint.

In 12 days worldwide, it has out-grossed every prior Marvel movie on a worldwide scale outside of the first three "Spider-Man" films. It out-grossed the domestic totals of "The Incredible Hulk," "Thor" and "Captain America" in three days. In just three days, it is the 12th-highest-grossing comic book film of all-time in America, and will surpass "300" ($210 million), and "X2" ($214 million) tomorrow while passing "X-Men: The Last Stand "($234 million), "Men in Black" ($250 million) and "Batman" ($251 million) by Tuesday or Wednesday. This isn't a guarantee, but if it can hold up and weather what should be a solid debut for Tim Burton's "Dark Shadows," we could see the first $100 million second-weekend and a 10-day total dangerously close to $400 million. Again, it's not just the three-day figure, but the manner in which it was earned.

This is no quick-kill blockbuster that dies off after the hardcore fans see it over opening weekend. Even a somewhat healthy 2.5x weekend-to-final gross multiplier gets the film a $517 million domestic total while a 3x multiplier has it flirting with besting "Titanic's" original theatrical release with $621 million (these pesky 3-D reissues make everything more complicated). If it performs like "The Dark Knight" (3.3x multiplier), it ends with a stunning $683 million. We'll know more next weekend, but for now, this is an incredible weekend performance by a film that was rewarded for delivering exactly what it promised.

For a look at the history of the opening weekend record-breaker, go here.