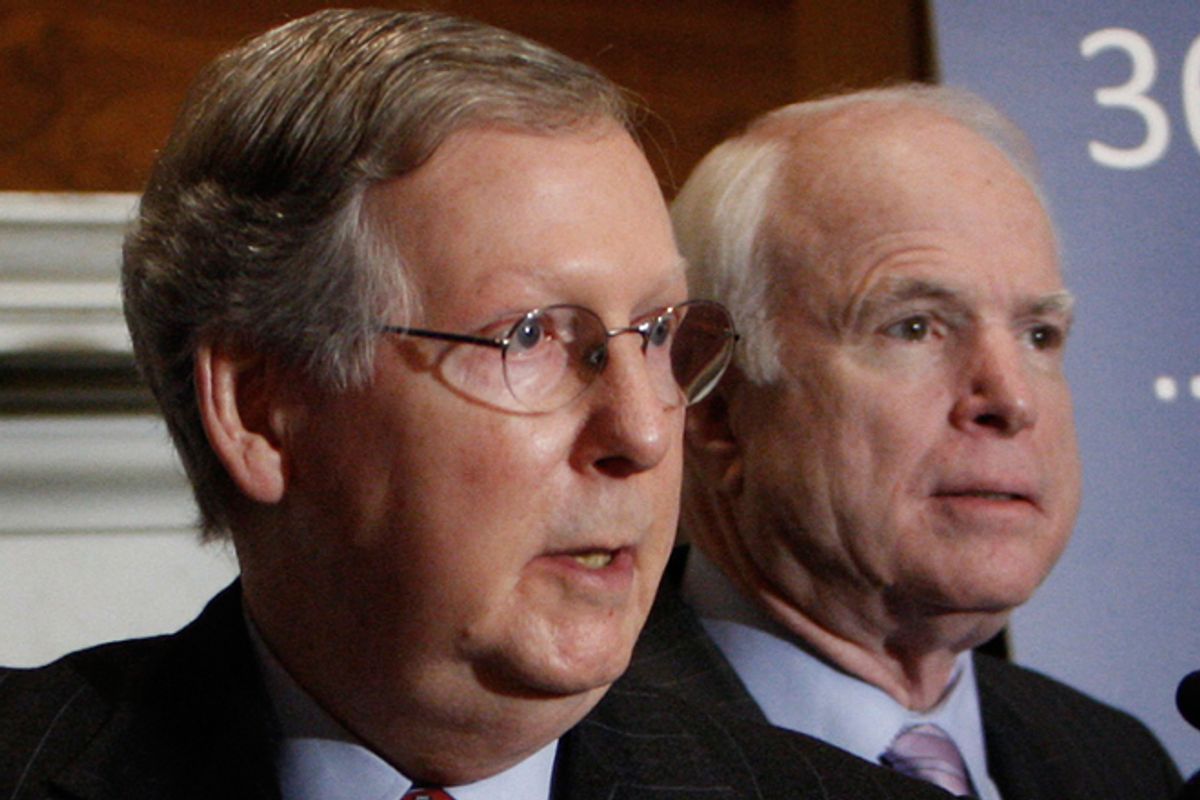 A couple of hours before successfully filibustering a Democratic plan to pay for the extension of low interest rates on student loans Senate Minority Leader Mitch McConnell (R-KY) accused Democrats of wanting to “turn the Senate floor into an extension of the Obama campaign."

That's pretty rich, coming from the man who said in October 2010 that "the single most important thing we want to achieve is for President Obama to be a one-term president.”

For the GOP, the 2012 election campaign began the day Obama defeated John McCain. To pretend otherwise is to ignore the fundamental dynamic that has destroyed the capacity of the federal government to effectively function: More so than ever before, partisan politics determines every aspect of government -- from Supreme Court decisions right on down to the interest rate on your student loan.

Let's recap: In 2007, the new Democratically-controlled Congress passed a law that, among other things, lowered the interest rate charged on federally-backed student loans -- but only temporarily. On July 1st, interest rates will jump back up, adding about $1000 in cost annually to the average student loan debt load.

Senate Democrats proposed a plan that will come up with the $6 billion necessary to pay for the extension of the low interest rates by closing a corporate tax loophole that allows wealthy Americans to underpay their Medicare and Social Security taxes. But on Tuesday, Senate Republicans nixed that. Meanwhile House Republicans are demanding a vote on their own bill, passed last week, which pays for the extension by taking money from an Obamacare preventive health medicine program. A smattering of House Democrats crossed party lines and joined with the GOP to vote for that measure, but only, explained Democratic Minority Whip Steny Hoyer on Tuesday, to protect Democrats in tight races from Republican attack ads accusing them of voting against a plan to fix the student loan interest rate mess. It's a safe vote -- the House plan can't get through the Senate.

Neither side wants to be accused of allowing interest rates to rise on student loans during an election year, however, so now that the filibuster is over, the stage is set for House and Senate negotiators to come up with a compromise. Safe bet: it won't involve taxing the rich or gutting Obamacare, but someone, somewhere, will still get screwed. If it's the poor and sick, Republicans win. If it's the rich, Democrats.