The art of awkward timing 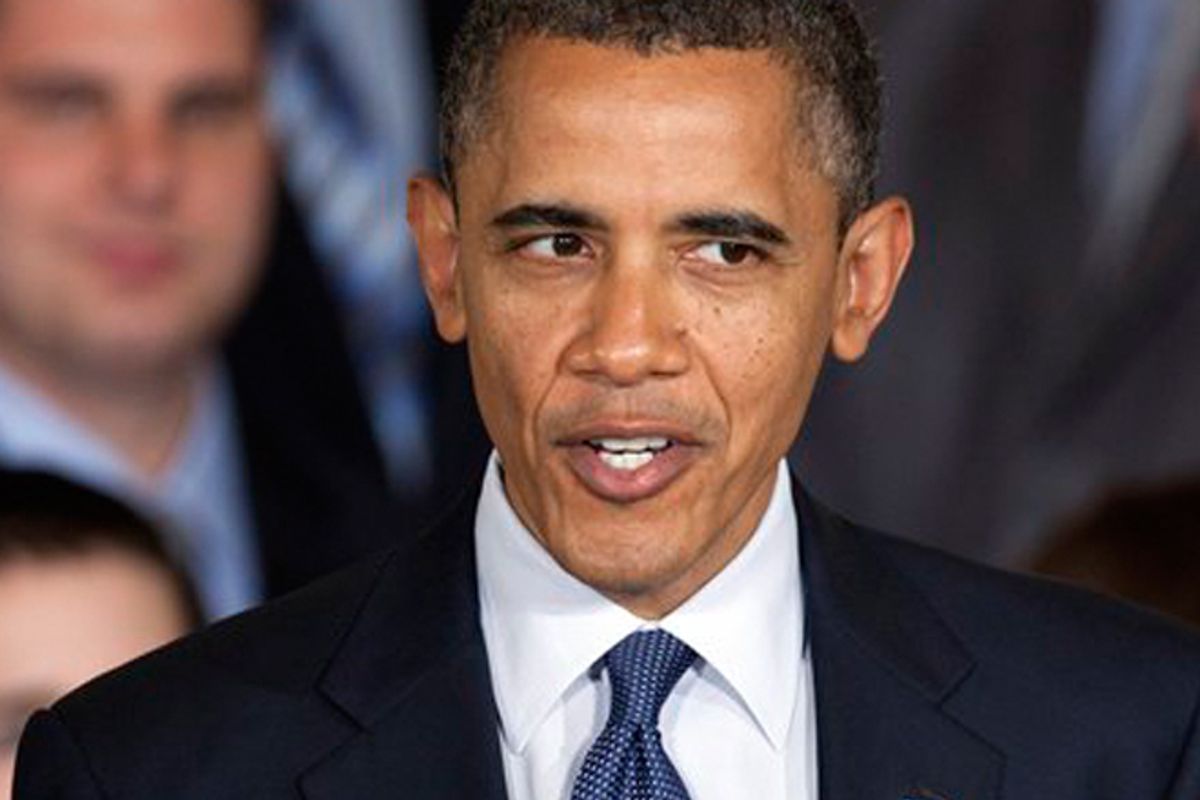 All signs suggest the timing was purely coincidental, but when it comes to understanding the conflicting impulses at work with President Obama’s gay marriage evolution, Joe Biden sure picked the perfect time to open his mouth.

The vice president’s comments on Sunday turned the White House’s internal discussions over when Obama should formally express his support for marriage equality into a national debate that is now dominating headlines and cable shows. Coincidentally, today’s political calendar illustrates perfectly why Obama is equivocating so much on the subject.

The president just finished a long-scheduled speech in Albany, N.Y. The substance had nothing to do with gay marriage, with Obama drawing attention to Republican obstruction of his agenda. But the company he was keeping did, with Obama joining up with New York Gov. Andrew Cuomo, whose national profile is built largely on his successful push to legalize gay marriage in his state last year.

OK, Cuomo’s national profile also has to do with his famous last name, but from a policy standpoint, gay marriage is his signature issue, and his ability to secure Republican legislative support for it last year marked him as a leader to watch for national Democrats. The governor’s trailblazing work has done wonders for his longer-term national ambitions; a poll last month found him the clear favorite among Democratic voters if Hillary Clinton and Joe Biden don’t run in 2016.

This is a reflection of how popular marriage equality is among the Democratic base – and how eager that base is for party leaders to deliver. That eagerness is rapidly turning into impatience, though, with polls now showing that pluralities and even narrow majorities of Americans are comfortable with gay marriage, a huge shift from just a few years ago. Liberal Democrats are now far less understanding about the risks that would come with a presidential endorsement of it, which has given rise to a campaign to add marriage equality to the party’s official platform. Gay donors, a significant source of campaign contributions for the president and his party, are also increasingly fed up.

Obama has fallen behind his party. And his “evolving” posture, as a painful-to-watch grilling of White House press secretary Jay Carney by reporters showed on Monday, is increasingly unsustainable. To anyone paying attention, it now looks like Obama’s position is being dictated purely by political considerations – not his own conscience. So why not just end the charade?

This brings us to another big event on today’s calendar: a referendum in North Carolina on amending the state’s constitution to ban recognition not only of gay marriages but of all same-sex partnerships. Barring a major surprise, Amendment One is going to pass by a lopsided margin. The final PPP poll shows the “yes” side winning 55 to 39 percent.

Assuming the polling holds up, this highlights two fears that are holding Obama back. One has to do with North Carolina’s status as a potential swing state, one that Obama won by a scant 14,000 votes in 2008. Taking a position on a hot-button culture war issue that’s at odds with a clear majority of the state’s voters might complicate Obama’s chances of carrying North Carolina again. The same could be true in other swing states, like Ohio, where support for gay marriage lags behind the national average.

The other fear, as a Washington Post story today noted, is that endorsing gay marriage could sour a small but potentially critical number of culturally conservative African-American voters on the president. African-Americans have long sided overwhelmingly with Democratic presidential nominees, but Obama’s candidacy stirred higher than usual turnout and unanimity in 2008. This may have been the key factor in his narrow North Carolina victory.

On gay marriage, though, African-Americans tend to be less liberal than their fellow Democrats; PPP’s poll finds black North Carolinians backing Amendment One by a 55 to 35 percent margin. This also helps explain Obama’s hesitation. Even if the vast majority of black voters wouldn’t revolt over a presidential endorsement of gay marriage, defections around the margins could have consequences. In a tight general election, the difference between winning 98 percent of the black vote and 90 percent of the black vote could significant.

Whether there’s any merit to these worries is another matter. (And Jamelle Bouie makes a strong case for why they’re very overblown.) But for now, they’re strong enough to keep Obama from saying he thinks same-sex couples should be free to wed, no matter how ridiculous it makes him look.