A big day for civil rights 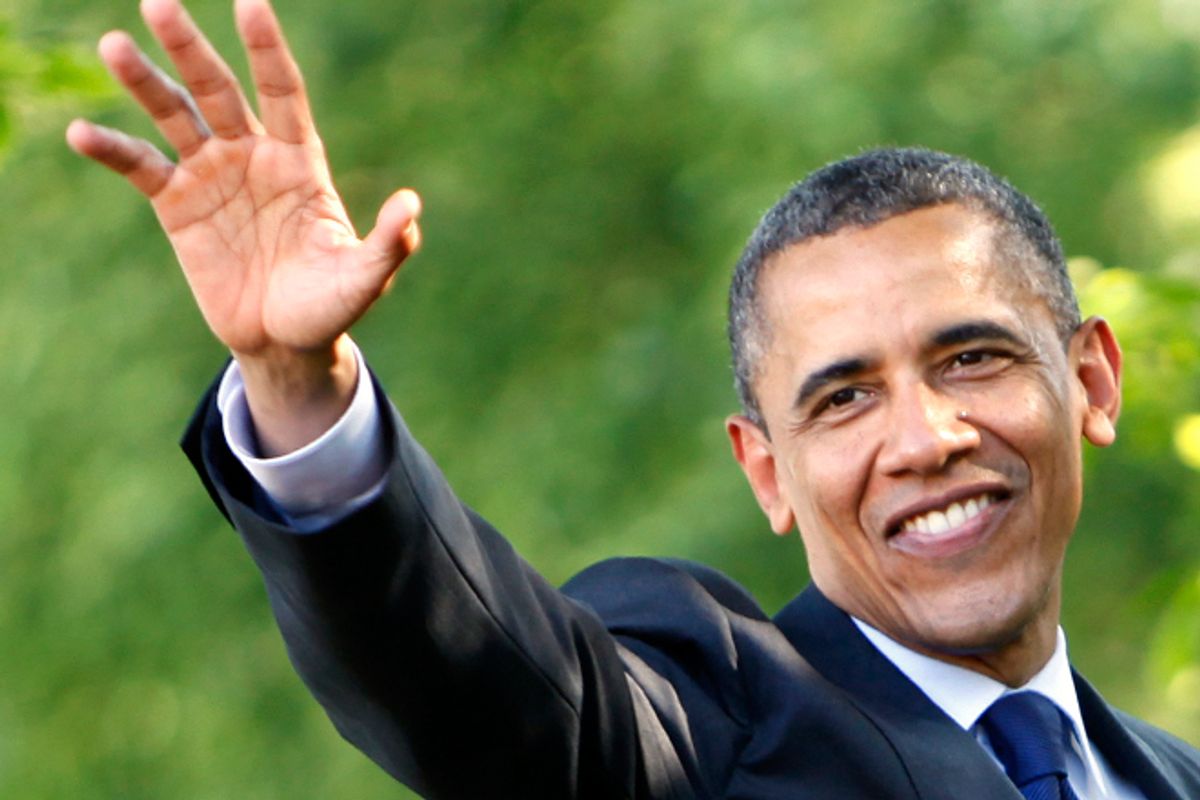 >Make no mistake: President Obama's decision to publicly endorse gay marriage carries serious political risk, though also moral reward. Every state gay-marriage ban referendum has passed, except one in Arizona that was rewritten and adopted on a second try. And in swing states, from North Carolina (which just banned both marriage and civil unions Tuesday) to Nevada to Virginia, the president's stance could cost him votes.

The latest Gallup poll shows that public opinion has gotten a little cooler toward gay marriage in just the last year, though most Americans support it. The sad truth is, most Americans may back it, but those who oppose it have been far more motivated to cast votes based on their animus, so far anyway.

That said, it was the right and necessary thing for the president to do. Future generations will look back and wonder what took him so long. The president believes in the saying attributed Martin Luther King Jr., that "the arc of the moral universe is long, but it bends toward justice." Despite his too-slow "evolution" on gay marriage, Obama knows the arc bends faster when we pull on it, and today he gave it a good tug.

I have to tell you that over the course of several years as I have talked to friends and family and neighbors when I think about members of my own staff who are in incredibly committed monogamous relationships, same-sex relationships, who are raising kids together, when I think about those soldiers or airmen or marines or sailors who are out there fighting on my behalf and yet feel constrained, even now that Don't Ask Don't Tell is gone, because they are not able to commit themselves in a marriage, at a certain point I’ve just concluded that for me personally it is important for me to go ahead and affirm that I think same sex couples should be able to get married.

Cynics are already saying that Obama's decision is pegged to big fundraisers in Hollywood and New York over the next few days. I honestly think the risk is higher than the reward, and the president made a personal decision. "I’ve just concluded that for me personally it is important for me to go ahead and affirm that I think same sex couples should be able to get married" isn't the most stirring call to justice, but it sounds honest to me.

I remember thinking Mayor Gavin Newsom was doing a politically dangerous thing when he began marrying couples at San Francisco City Hall in 2003. Then I went and watched the weddings – and I was converted to the notion that there can be no compromise on marriage rights. Fellow Democrats blamed Newsom for costing John Kerry the election the next November, and no one can say for certain that he didn't. Karl Rove surely used gay marriage as a wedge issue in 2004, pushing ballot initiatives in swing states to beef up the GOP's Christian right turnout. And yet once I saw real individuals joyous at their weddings – and later crushed when the wedding spree was ended by the courts – it became impossible for me to suggest they have to wait because the country isn't ready to give them equal rights. After he signed the Civil Rights Act, Lyndon Johnson famously told Bill Moyers "we just delivered the South to the Republican Party for a long time to come."

But no person of conscience would today suggest Johnson did the wrong thing. "I had assumed that civil unions might have been enough," Obama told Roberts. He did not say how long ago he realized he was wrong; it's enough that he realized it today.

By all accounts Joe Biden did bend the arc of justice a little, with what are being called spontaneous and unplanned remarks on "Meet the Press" Sunday supporting gay marriage. The Catholic Biden, like Obama, put his evolution in very personal terms. "The good news is that as more and more Americans come to understand what this is all about is a simple proposition. Who do you love?" he told David Gregory. "Who do you love and will you be loyal to the person you love? And that’s what people are finding out what all marriages at their root are about."

Whether they are marriages of lesbians or gay men or heterosexuals. Jay Carney faced 50 gay-marriage questions in Monday's briefing, after Secretary of Education Arne Duncan joined Biden in supporting gay marriage on "Morning Joe." The White House's brief effort to deny the importance of Biden's statement was futile and they wisely dropped it. Then they did more than that – they endorsed it.

Obama's move may be less risky than it feels right now: Public Policy Polling has found that folks who oppose gay marriage already think the president supports it, anyway. African-Americans are less likely to support gay marriage than other groups, yet it's hard to imagine Obama's stance depressing black support for him given everything else that's at stake in 2012.

I also want to say a word on behalf of the advocacy community that pushed the president to take this step – even as fervent Obama supporters insisted they were dooming the president's reelection bid with their demands. Activists and agitators make history. Leaders rarely move to claim risky but necessary territory on their own. Congratulations to all the voices who made this happen – and to the president, who must be relieved to be able to say publicly what we've known he's believed privately for a long time.