Edmund White: A balm to the soul

As the president announces support for gay marriage, a prominent novelist reflects on years of alienation 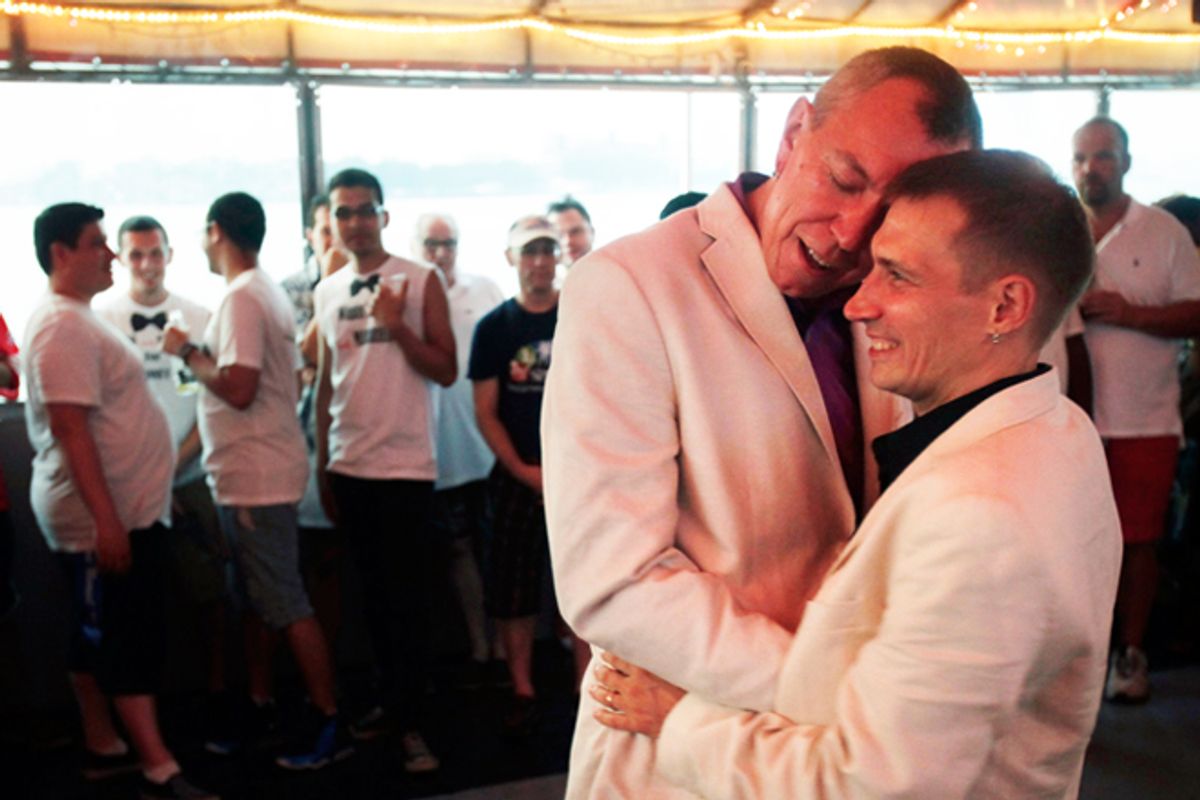 David Hind, left, and Craig Francisco dance their first dance after getting married on a cruise hosted by Marriage Equality New York, soon after gay marriage was legalized in the state. (AP/Seth Wenig)
--

I was interested that the president said he discussed the subject of same-sex marriage with his daughters. Their acceptance of the same-sex parents of some of their classmates was so automatic and total that their very ease convinced him that same-sex marriage was inevitable -- and a good thing. Which shows something that anthropologists have known a long time: That innovative behavior comes from children, is passed to their mothers and recognized by their fathers last of all. This rule of innovation holds true throughout the primate world.

In our polarized country I fear that the president's endorsement of gay marriage will be seized on by the religious right as yet another sign of his Godlessness. But religion, most Americans feel, must evolve too; the Bible must be open to contemporary interpretations, just as the Constitution is. Although Dan Savage stirred up some hostility with his recent contention that the Bible has to be reinterpreted for each generation, he made a strong case that we should no more honor Old Testament taboos of homosexuality than in its explicit endorsement of slavery.

As a man in his 70s, I grew up in an era when homosexuality was still an offense in some states punishable by death. The stigma of being gay drove my age-mates and me toward drink, suicide and years on the psychoanalytic couch in an effort to go straight. We were wracked with self-hatred, which blighted so many lives of our friends.

Same-sex marriage is a balm to the soul whether it's an option that an individual embraces or not. The idea that our relationships could be normalized is such a happy sign for those of us who grew up feeling alienated from society and like second-class citizens. The battle is not yet won, but the president's stand points the way toward success.

Edmund White's award-winning fiction and criticism have chronicled modern gay life in America. They inclide "The Joy of Gay Sex" (1977, written with Charles Silverstein) and his trio of autobiographic novels, "A Boy's Own Story" (1982), "The Beautiful Room Is Empty" (1988) and "The Farewell Symphony" (1997).