Or is there another reason federal inmate #11593-051 just got 41 percent in a presidential primary? 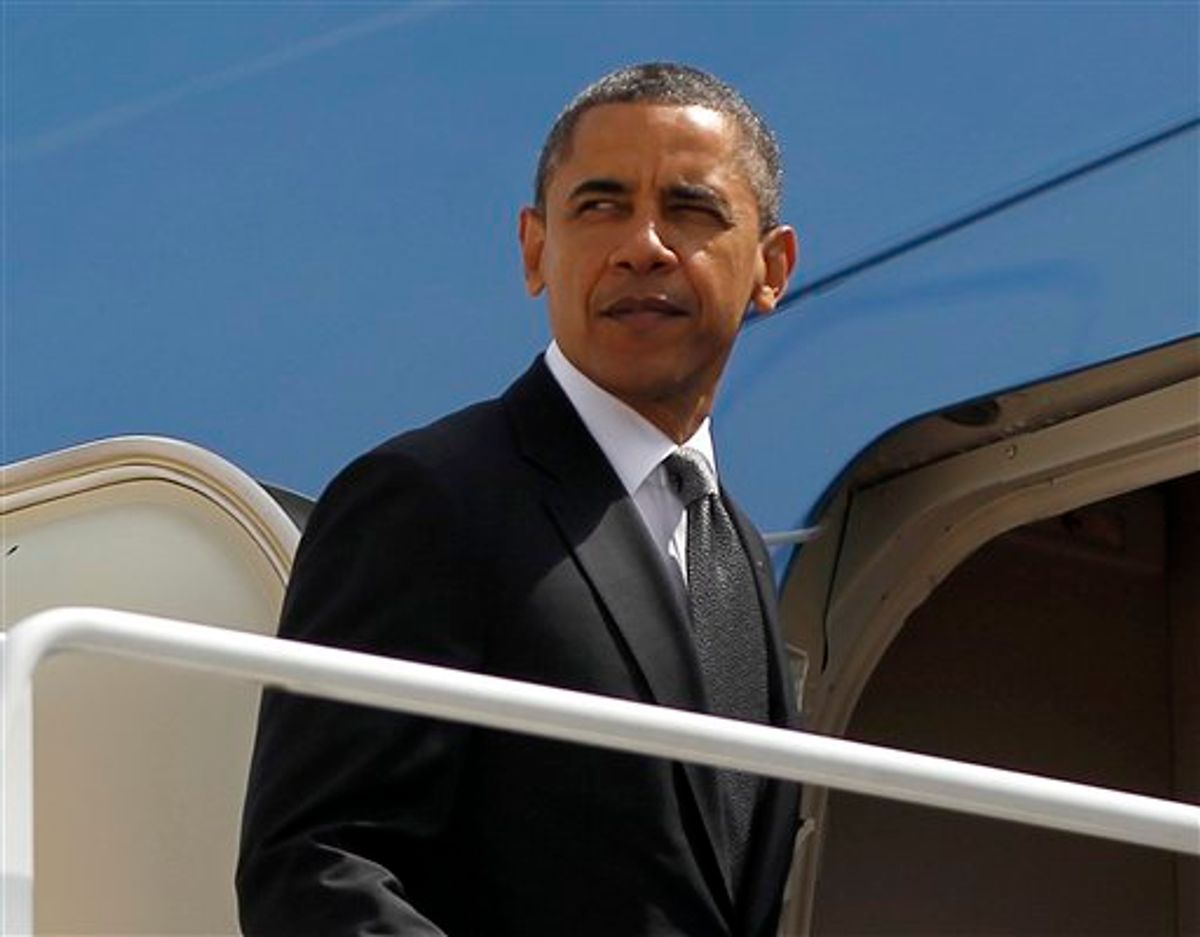 President Barack Obama prepares to board Air Force One before his departure from Andrews Air Force Base, Tuesday, May, 8, 2012. (AP Photo/Pablo Martinez Monsivais) (AP)
--

The president of the United States received 59.4 percent of the vote in West Virginia’s Democratic presidential primary yesterday. An inmate currently serving a 210-month sentence in federal prison in Texas received 40.6 percent – easily clearing the 15 percent threshold that entitles candidates to delegates.

There’s been plenty said and written about the pronounced resistance to Barack Obama in Appalachia, but this is surely the definitive example.

Keith Judd, who is known as prisoner #11593-051 at the Beaumont Federal Correctional Institution, is a fringe political character who has no money, is a classic gadfly presidential candidate who lists his occupation as “Candidate/Treasurer/Promotions, Keith Russell Judd for President of USA, 1995-present.” Most of his efforts to qualify for primaries have failed, but he paid $2,500 and filed a notarized statement with West Virginia’s secretary of state and was placed on Tuesday’s ballots.

Needless to say, the support he received says nothing about Judd and his platform and everything about the state’s antipathy toward Obama. West Virginia was one of several Appalachian states where lower-income white rural voters gave Hillary Clinton massive margins in the 2008 primaries. In West Virginia’s ’08 primary, which came after Obama had become the clear national delegate leader, Clinton scored a 41-point rout, 67 to 26 percent. Exit polls indicated that this wasn’t just an expression of Clinton’s popularity; there was already rampant suspicion and distrust of Obama.

It was a sign of things to come. In the fall campaign, Obama racked up a bigger share of the national popular vote than any Democrat since Lyndon Johnson. But in a rural swath that extended from Oklahoma to West Virginia, he actually fared worse than John Kerry had four years earlier. And since becoming president, Obama’s standing with the voters who tend to populate Appalachia has actually gotten worse – which explains why he suffered a similar primary season humiliation in Oklahoma’s March primary, when fringe antiabortion activist Randall Terry qualified for a convention delegate.

The degree to which race is a factor in all of this is impossible to quantify, but it clearly plays a role. In the ’08 West Virginia primary one in five white voters cited race as a factor, with the vast majority of them opposing Obama.

Obama, in fact, is so poisonous in Appalachia right now that one of West Virginia’s Democratic senators, Joe Manchin, who was also on Tuesday’s ballot, refused to say for whom he had voted in the presidential primary.

The good news for Obama is that he probably won’t have to worry about Judd and Terry causing any trouble at the Charlotte convention this summer. The DNC has language in its bylaws allowing the party to deny delegates to candidates who, in the party’s opinion, aren’t participating “in good faith.” This was the tool Democrats used to deny Lyndon LaRouche the two delegates he earned when he ran against Bill Clinton in the 1996 primaries, and they’ve already invoked it with Terry this year. Presumably, they’ll do the same with Judd, whose imprisonment will also preclude a personal appearance at the convention.

The bad news for Obama: We might see a repeat of this in two weeks, when Arkansas – another state that’s given him headaches from the beginning – holds its primary. On the ballot with Obama in the Natural State will be a Tennessee man named John Wolfe, who has previously lost six elections and is currently barred from seeking office in his home state. But he apparently has a pulse, and if West Virginia’s results are a guide, that could be all he needs to wreak havoc.