You’ve heard about the federal inmate who won 40% in West Virginia. Now meet the guy who might do it in Arkansas 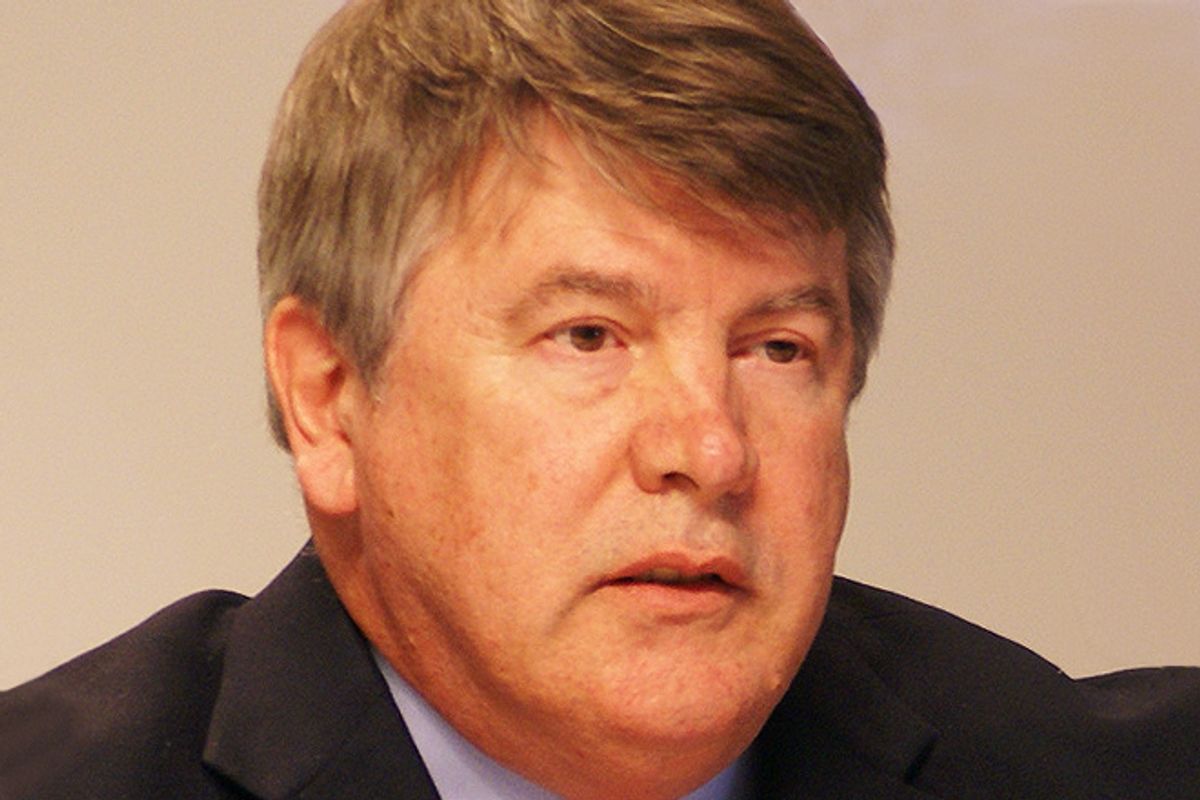 On Wednesday morning, the political world awoke to the news that a federal inmate had won nine counties and 41 percent of the statewide vote against the president of the United States in West Virginia’s primary. It was not Barack Obama’s first primary season embarrassment: An antiabortion fanatic beat him in 15 Oklahoma counties back in March, and nearly walked away with a convention delegate. And it may not be his last. There seems to be a pattern here: The same rural, low-income white voters who fiercely resisted Obama in 2008 are just as adamant now.

The next potential spoiler? Arkansas, whose primary is May 22. With that in mind, I dial the toll-free number listed on John Wolfe’s official presidential campaign website and the phone is answered by the receptionist at his Chattanooga law office. You haven’t heard of him, but Wolfe’s will be the only non-Obama name on the ballot. He  fits the basic profile of a fringe presidential candidate – zero name recognition, no obvious base of support, a total lack of money, organization and media attention, multiple quixotic bids for local and federal office – but in the wake of the West Virginia verdict, I’m guessing he’s feeling good about his chances. I leave a message and a few minutes later the candidate returns the call. He hasn’t heard the news yet.

“I was watching Fox last night,” he says. “They didn’t have anything about that.”

Not that he’s surprised by what happened.

“That’s one of the undercovered stories,” Wolfe asserts. “If you look at Obama’s primary results and you compare those with the last Democrat incumbent, Clinton in ’96, when he was running in his primaries – he was racking up between 95 and 100 percent everywhere.  And Obama – in New Hampshire, he just got 83 percent. And in Oklahoma he got, like, 57 percent. There’s a lot of discontent in the party with him.”

This isn’t quite true. Clinton, for instance, officially netted 84 percent in New Hampshire’s 1996 Democratic primary, almost exactly what Obama got this past January. But when it comes to states like Oklahoma and West Virginia, there obviously is unusual antipathy toward the president among Democrats. I ask Wolfe if race could be playing a role.

"If it is a factor, it shouldn’t be,” he replies. “People should just look at the economics of it. I don’t know how much of a factor race really plays. This is, after all, a Democratic primary.”

When it comes to talking about his platform, Wolfe mostly defies the fringe-candidate stereotype. He’s an aggrieved progressive, frustrated by a White House he sees as far too cozy with big money interests. He thinks healthcare reform was a giant giveaway to the insurance industry, and that Obama should just call for universal Medicare. He ticks off the names of all of the top administration officials who have ties to Wall Street, and scoffs at the toothlessness of Dodd-Frank. He remembers that Obama was willing to put Social Security “on the chopping block” in his zeal to cut a deficit reduction deal with Republicans last year.

“He sides adamantly with the business class,” says Wolfe.

When he tries to make a point about Afghanistan, though, Wolfe gets distracted  and plays to type.

“Why are you supporting a dictator over there, Hamid Karzai, who has a hat – you know, this is kind of an odd thing to say, but the mainstream media won’t mention it: His hat – his qaraqul – is made with aborted lamb fetuses.”

The presidential race is a big step up in class for Wolfe, who has previously been defeated in three U.S. House elections, one House primary, a Chattanooga mayoral race and a 2007 Democratic primary for the Tennessee state Senate. The results have never been close, either, and the ’07 race ended with state election officials levying a $10,000 fine against him for failing to file a campaign finance report. Five years later, he still hasn’t paid it, and so he’s currently banned from seeking municipal or state office in Tennessee. Wolfe says he still plans to pay up, and stresses that the fine is the result of sloppy paperwork, not fraud.

He didn’t just drop everything to run for president, and tries to balance his day job (“I do general practice, I do some civil rights claims, labor claims, injury claims, divorces, you name it”) with campaigning. He wanted to run in the New Hampshire primary “because everyone is there,” but otherwise chose to compete only in nearby states, to limit his time away from the office. Does running for president hurt his bottom line?

“Yeah, it does,” Wolfe admits, “because I can’t take on as many clients. And I’ve had to take some cases where I’ve had to divide the case – just take on other counsel, just basically pay other people to do some of the case while I do what I do.”

In New Hampshire, where the ballot was littered with long shots just like Wolfe, he grabbed 245 votes, good for 15th place if you account for write-ins. He fared better in Missouri, then seemed to strike gold in Louisiana’s March primary, clearing 15 percent in three congressional districts – enough to qualify for delegates. But party leaders quickly found a way to rule him ineligible, pointing to his failure to submit a diversity plan for his convention delegation.

“The funny thing about that was I had a couple of people who were going to sign on. An African-American chiropractor from Lafayette and another guy who had been with the Young Democrats, an African-American, and then they were pressured by their peers not to sign up with John Wolfe. You know, they said, ‘Well, if you go against the president as a delegate, you’ll never live it down and that will be the end of your political career in Louisiana.’ So that was interesting.”

In Arkansas, he’ll have another chance. The state was Obama’s worst in the 2008 primaries, with Hillary Clinton crushing him by 44 points. That was partly due to Clinton’s deep ties to the state, but it also reflected the same general discomfort with Obama that was – and still is – evident in that neck of the woods.

“I think Arkansas will be a situation where there will be discontent there too,” Wolfe says.

If he does end up bringing a contingent to Charlotte this summer, Wolfe says he’ll try to convince other delegates to vote for an open convention, which would free those who are now pledged to the president from their first-ballot commitments. There’s no chance he’ll pull that off, but when a federal prisoner manages to give the sitting president a scare in a primary, you can forgive a fringe candidate for dreaming.