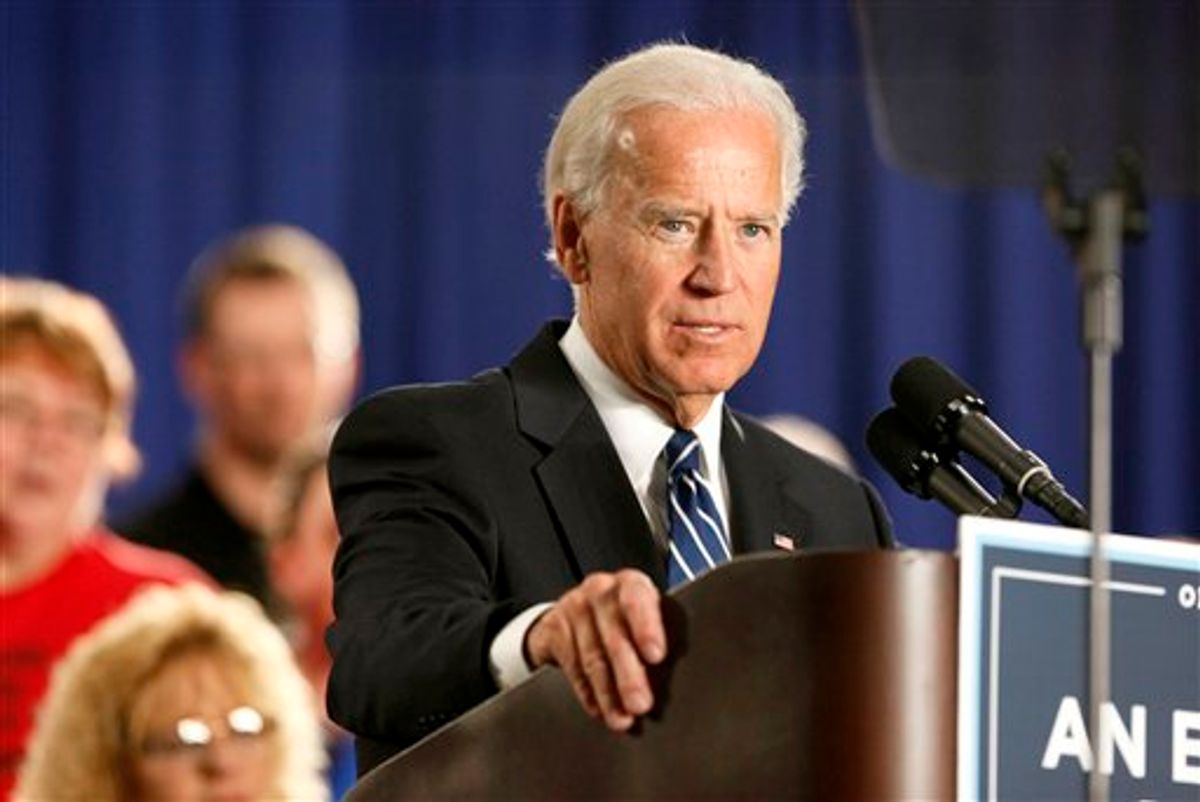 One of the striking aspects of this week’s gay marriage drama is how neither Barack Obama nor Joe Biden played to type.

When they teamed up four years ago, Obama was the face of the new Democratic Party, one composed of college-educated professionals and young voters who held decidedly liberal cultural views. Biden’s addition to the ticket was partly a nod to the party’s blue-collar roots – specifically, to the white, working-class voters who had continued to line up behind Hillary Clinton all the way to the end of the 2008 primaries, even when it became clear Obama would be the winner. In Biden, a Scranton-born Catholic who once took heat for calling Obama “articulate and bright and clean,” it was hoped, these voters would find reassurance that the Democratic Party was still for them, too.

If they were playing their assigned roles, it would have been Obama leading the way on same-sex marriage this week, issuing an eloquent call for equality that would prompt Biden to come around too. Instead, it was the vice president who made the first move, making a surprise declaration on Sunday that he’s “absolutely comfortable” with gay marriage and setting off a 72-hour media frenzy that culminated in Obama finally admitting in public that “I think same-sex couples should be able to get married.”

There’s some obvious political logic to this role reversal, which has helped fuel speculation that the events of the past few days were all part of an orchestrated White House rollout: Biden launches a trial balloon on Sunday, Education Secretary Arne Duncan ups the ante on Monday, until finally it’s safe for Obama to make the leap that his base has been expecting him to make for years.

But as conspiracy theories go, this one’s a bit hard to swallow. For one thing, Biden wouldn’t have addressed gay marriage on “Meet the Press” unless David Gregory had brought it up, and little about Duncan’s statement on “Morning Joe” the next day suggests it was anything but a spontaneous response to an unexpected question (a question that was almost drowned out by one of the show’s hosts). And the insider accounts of the White House’s deliberations that are now emerging all suggest that Biden’s comments were unscripted and forced Obama to dramatically speed up his timetable for confronting the marriage question.

This puts Biden in an unlikely role: hero to the left – the man who gave Obama no choice but to say what he’s been scared to say since taking the national stage. As Ana Marie Cox remarked on Twitter Wednesday afternoon, “I applaud the leadership of President Biden.”

What exactly prompted Biden to speak out the way he did on Sunday remains unclear. If you put aside the notion that the White House instructed him to do so, it’s possible Biden was simply speaking from the heart, motivated by his own interactions with gay couples and their children. It’s also possible that his candor was accidental, a botched effort to mimic Obama’s tortured rhetoric about “evolving” on gay marriage without actually endorsing it.

Whatever his motive, Biden has clearly sped up history. It’s long been assumed that Obama considered the issue too risky to address before this year’s election, although some unnamed advisors are now telling the New York Times that he was going to get to it by the fall. Either way, there’s every reason to believe that the only reason Obama took such a bold step on Wednesday is because of what Biden did on Sunday.

At the very least, this makes Biden a major figure in what will go down as one of the Obama administration’s signature moments, guaranteeing that his vice presidency will be remembered in history – something that can’t be said for many of his predecessors. But this also has the potential to generate newfound respect and appreciation for Biden among the younger, more culturally liberal party base, voters who until now have been conditioned to regard Biden as an almost comic figure – the tone-deaf, gaffe-prone great-uncle of American politics.

For a 69-year-old vice president who still has hopes of winning the top job for himself someday, this is surely a welcome development.