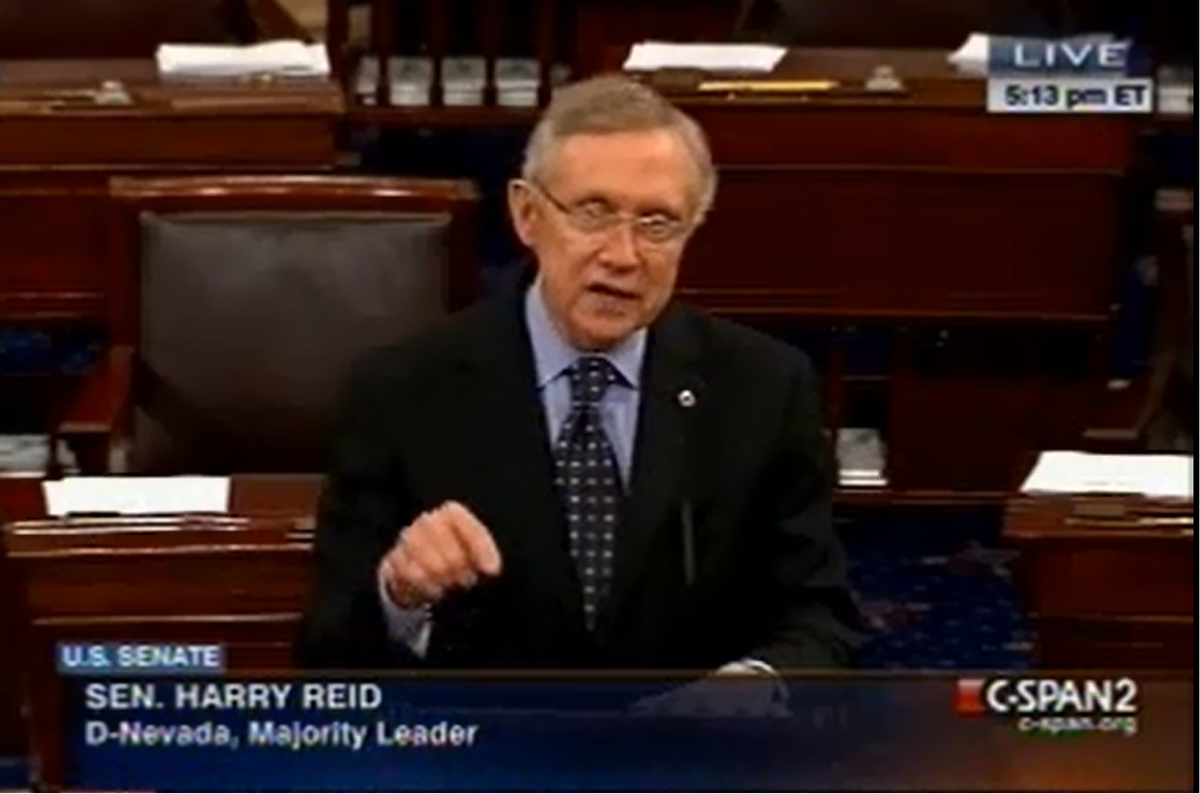 For those who are anxious to see the filibuster die, this week has produced some very hopeful developments.

The biggest news came late yesterday afternoon, when what Harry Reid thought was going to be a routine exercise – approving a bill already passed by the Republican-controlled House to reauthorize the Export-Import bank – was ruined by surprise Republican objections, forcing the majority leader to file a cloture motion and delaying action on the bill at least until next Monday.

This is the 84th time in the current Congress that Reid has formally sought to bypass a Republican filibuster or filibuster threat, a continuation of a trend toward Senate obstructionism that has been building for decades – but that really took off when Republicans returned to minority status in 2007. In the Congress that began that year, Reid filed 139 cloture motions, and in the next one there were 137, numbers that dwarf anything seen since the procedure for cloture was developed in 1917.

And if anything, this understates the degree to which filibustering has become an everyday tool; how often have Reid and Democrats not even bothered to file cloture on bills, knowing they lacked the necessary 60 votes and not wanting to waste precious days of precious Senate time?

Faced with yesterday’s Republican maneuver, an exasperated Reid took to the Senate floor and said, “If there were anything that ever needed changing in this body, it’s the filibuster rules, because it’s been abused, abused, abused.”

He also invoked the names of two of his Democratic colleagues, Tom Udall and Jeff Merkley, who attempted before the current Congress convened in January 2011 to sell their party on what they called the “Constitution option” – under which Democrats would exploit a technicality to change Senate rules on the first day of the new session with a simple majority vote, not the two-thirds supermajority normally required. Merkley and Udall weren’t actually proposing to get rid of the filibuster; the new rules they envisioned would just have stopped the mere threat of a filibuster from killing a bill and forced senators to engage in “real” filibustering. But the ultimate ability of the minority party to kill legislation it doesn’t like by forcing proponents to secure 60 votes would have stood.

As benign as their plan was, it still prompted an outcry from the right and was regarded as too extreme even by some Democratic senators. In the end, Reid struck an agreement with Mitch McConnell, his Republican counterpart, that made some very modest and superficial reforms – an agreement that, as Reid’s frustration yesterday demonstrated, didn’t change much.

“If there were ever a time when Tom Udall and Jeff Merkley were prophetic, it’s tonight,” Reid said in his floor speech yesterday. “These two young, fine senators said it was time to change the rules of the Senate, and we didn’t. They were right. The rest of us were wrong -- or most of us, anyway. What a shame.”

The question is whether Reid’s outburst signals a real shift in his thinking, or if he was simply blowing off steam (or trying to gain some leverage with Republicans by flirting with rules reform). In the near-term, it doesn’t really matter. if filibuster rules are going to be changed, it will almost certainly be at the start of a Senate session, not in the middle of one, so the earliest Democrats would move on anything is next January. And with all of the vulnerable Democratic seats up this fall, there’s a real chance they won’t be running the Senate next January, anyway.

That said, there’s another big development this week that increased the Democrats’ chances of holding on to the Senate -- and their incentive for changing the rules if they do: Richard Lugar’s primary loss in Indiana.

With Indiana Republicans now saddled with a far-right candidate, Richard Mourdock, Democrats have a real opportunity to pick up Lugar’s seat. If they succeed, it will radically diminish the GOP’s odds of reclaiming the chamber.

But even if Mourdock goes on to lose in the fall, his primary triumph ensures that Senate Republicans will be even more ideologically inflexible, compromise-resistant and filibuster-dependent going forward. The threat that they’ll suffer the same fate as Lugar (and the other Republican congressional incumbents and establishment favorites who went down in the 2010 primary season) will hover over every vote that every GOP senator takes.

So if Reid really has had it with the filibuster, next January may be a good time to do something about it, because the problem isn’t going to get any better. Of course, if divided government is still the rule next year – a Democratic White House and Senate and a Republican House, say – then any filibuster reforms wouldn’t have much practical effect on the enactment of laws. But the Merkley-Udall proposal could be a good starting point, a means of reestablishing the precedent for filibuster reform and laying the groundwork for a more sweeping overhaul at a later date.