A glint of economic hope?

Yippee! Small businesses are whining about taxes and regulations again 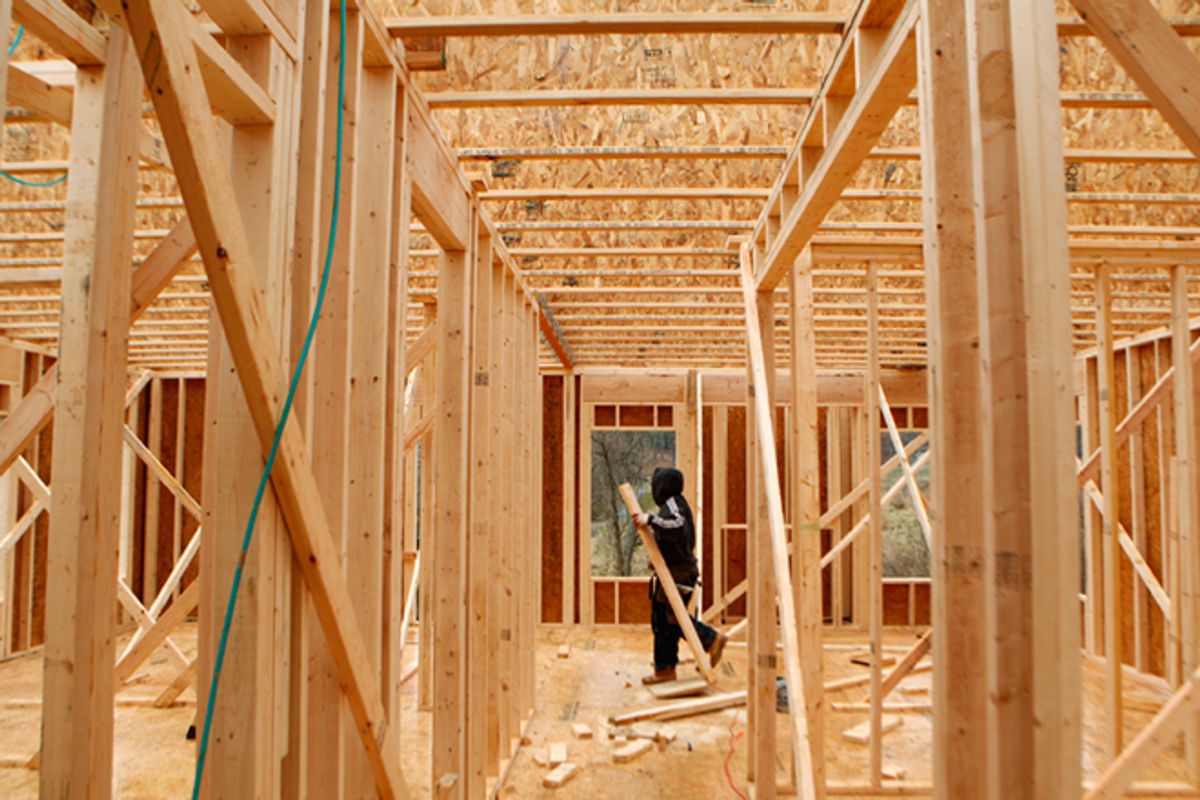 Calculated Risk -- your one-stop shop for timely and comprehensive reporting on new economic data -- points out something amusing and potentially important in the most recent survey of small business optimism conducted by the National Federation of Independent Businesses. In April "for the first time in years ... 'the single most important problem'" cited by small business owners was not "poor sales." "Government red tape" edged out the longtime champion by the shadow of a hair. This is cause for celebration, because it means we're getting back to normal.

In the best of times, small business owners complain about taxes and regulations, and that is starting to happen again.

As we scour the economic landscape for any data point, no matter how tiny, that will help us glean some sense of what the future holds, the fact that business owners might be seeing an uptick in consumer demand could be significant. This is especially true after the disappointing April jobs numbers released 10 days ago provoked a new round of mild panic about U.S. economic prospects.

We're going to learn a lot this week about whether the economy is faltering. Due up in the next couple of days are reports on housing starts, homebuilder confidence, retail sales and manufacturing strength in the industrial Northeast. We can also take some solace in the fact that the data arriving since the April labor report has been mildly encouraging. After two straight decent weekly jobless claim reports, the four-week moving average is once again pointed down again, after rising for four straight weeks. New job openings reached their highest level since 2008. Gas prices have been falling steadily. One housing market watcher even reported that home prices rose by a tad in March -- though only by comparison with February.

It's all very tentative, and even the most common best-case scenario predicts only slow growth for the rest of the year. But let's go back to those job openings numbers again. Calculated Risk points out that "quits" -- also known as "voluntary separations" -- rose in March, and along with job openings, have reached their highest level since 2008.

People don't quit their jobs if they're feeling nervous about their prospects of finding new work. Put that data point together with the declining prominence of "poor sales" as a concern for business owners, and you can begin to construct a scenario in which the economic recovery is finding firmer footing.

But keep your eye on the reports coming out this week. If the data comes in worse than the consensus expectations, that firmer footing will suddenly be revealed as quicksand.