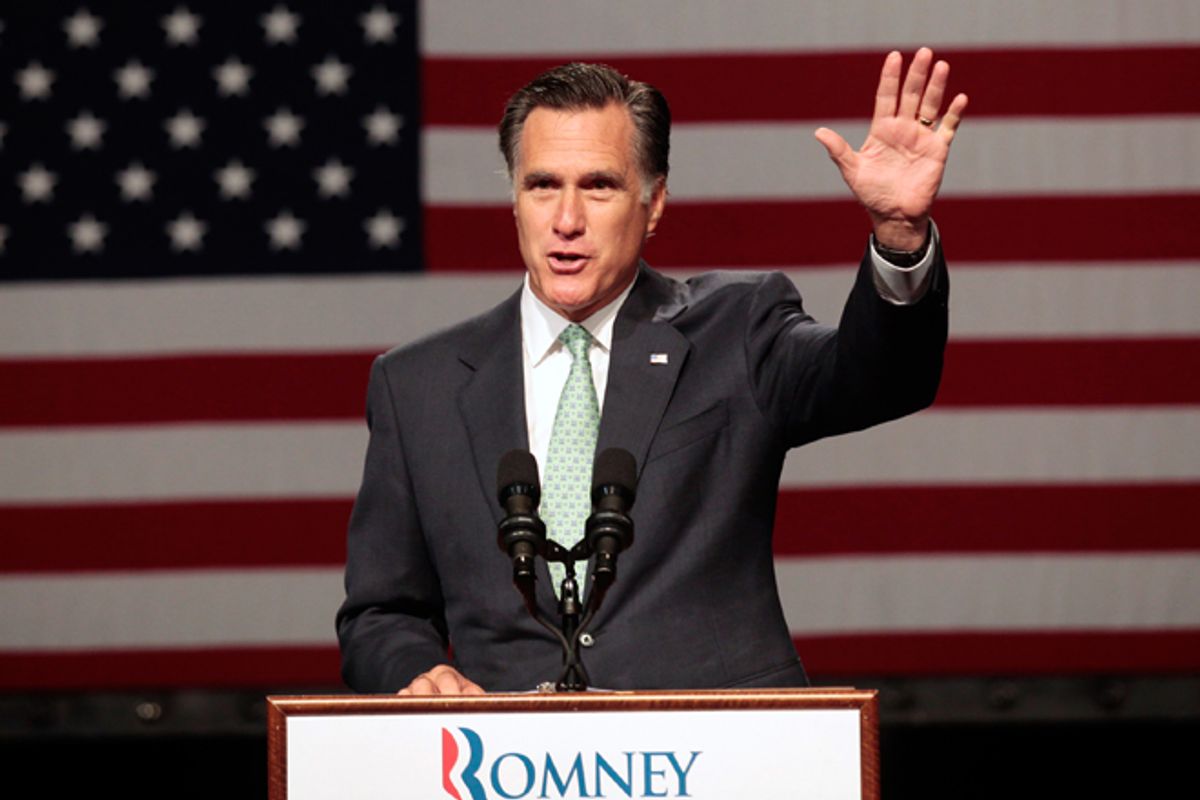 With the release of a new two-minute (!) negative ad from the Obama campaign, it’s now official: Mitt Romney’s perfect record of being attacked over his Bain Capital days is still intact.

OK, there’s an asterisk: Technically, Bain didn’t come up in Romney’s first campaign, for the 1994 Republican Senate nomination in Massachusetts. But that was barely a race: His opponent, John Lakian, had been shamed out of politics by a résumé embellishment scandal a dozen years earlier, barely qualified for the primary ballot, and lost to Romney by 66 points. And Lakian’s background was in venture capital too, so Bain was not exactly a logical topic for him to raise.

But outside of that ’94 primary, every time Romney has been in a competitive race, an opponent has accused him of making his fortune by gutting companies and ruining the lives of innocent workers.

The new Obama ad, which is airing in Virginia, Pennsylvania and Colorado, focuses on the story of GST Steel, a company in which Bain purchased a majority stake in 1993, just before Romney’s first foray into politics. In 2001, after Romney had left his day-to-day role with Bain and was overseeing the Olympics in Utah, GST’s Kansas City plant was shuttered, costing more than 700 workers their jobs even as Bain itself profited. The ad mixes in clips of Romney boasting about his job creation record and empathy for the jobless with testimonials from those whose lives were affected by the plant’s closure.

“It was like a vampire,” one former GST employee says of Bain. “It came in and sucked the life out of us.”

It’s a dramatic, well-produced ad that paints a damning portrait of the presumptive GOP nominee and the firm he built. The question is whether it will be effective, and the track record for previous Bain assaults on Romney is mixed:

1994 Senate general election: Here is the example the Obama team is hoping to emulate. After his September ’94 GOP primary win, a poll gave Romney a narrow edge over Ted Kennedy, whose own popularity had waned in the wake of the William Kennedy Smith trial. By the end of the month, the Kennedy campaign settled on Bain as Romney’s prime vulnerability, and made the firm’s acquisition of an Indiana company, SCM, a major point of emphasis. Here is one of several SCM ads that Kennedy’s campaign ran:

Interestingly, when this assault began, the Boston Globe noted that Romney had been running warm and fuzzy ads about his personal story for a few months and suggested that "voters may see this series as the powerful Kennedy machine beating up on that nice young man.” But by early October, Kennedy was comfortably ahead again, and the race wasn’t close the rest of the way, with the incumbent prevailing by 17 points. Were the Bain spots responsible for the giant polling shift? It’s impossible to say for sure, but they clearly didn’t hurt.

2002 gubernatorial general election: Romney spent much of the fall campaign running behind the Democratic nominee, state Treasurer Shannon O’Brien. He seemed to gain traction, though, with an attack ad that played up the losses that the state’s pension fund incurred on O’Brien’s watch from investments in Enron.

O’Brien countered by reviving the SCM story, running ads on the incident and calling Romney “the face of corporate greed in America.” She also launched an spot called “Sizzle” that featured a laid-off worker from GST – the same steel company Obama is now highlighting – who told viewers:

“It's hard to believe that a man like Mitt Romney can have enough power and influence and money behind him to come in, destroy families, put people out of work that's sick, with no health insurance. There's nothing left. We have nothing left."

O’Brien, though, lost to Romney by 7 points. This doesn’t mean the Bain attacks backfired. As Boston journalist Dan Kennedy noted today, Romney struggled throughout the ’02 general election more than the prior two GOP candidates – Paul Cellucci and Bill Weld – had. And it may have been a last-minute push by Romney to link O’Brien to unpopular Democratic leaders in the state Legislature that moved voters. Still, the fact remains that O’Brien played the Bain card aggressively, and it didn’t bring her to victory.

2008 Republican primaries: Bain was not a huge issue in this race, but when Mike Huckabee said that Romney reminds people of “the guy who laid you off,” he was clearly trying to harness the instinctively negative feelings that even many blue-collar Republicans have toward the world of venture capital. That line may have helped Huckabee in Iowa, where he beat Romney by 9 points.

Then, in the run-up to Florida’s primary, John McCain directly attacked Romney over Bain, arguing that “as head of his investment company he presided over the acquisition of companies that laid off thousands of workers.” McCain ended up winning Florida narrowly, a result that cemented him as the clear front-runner and dealt a severe blow to Romney’s hopes.

2012 Republican primaries: The attacks on Bain were far more pointed in Romney’s second bid for the GOP nomination, with Rick Perry accusing him of practicing “vulture capitalism” and Newt Gingrich branding him a “predatory corporate raider.” The Gingrich campaign even created a vicious 29-minute video titled “King of Bain,” which was released about a week before the South Carolina primary:

Democrats, of course, were delighted by this development, and an income gap came to define the GOP race, with Romney generally cleaning up with affluent Republicans voters but often losing to Gingrich (and later Rick Santorum) with those in the working and middle classes. At the same time, Gingrich took immense heat from leading Republican voices, who blasted him for doing dirty work for Democrats and defended Romney’s Bain work. And Santorum refused to join the Bain pile-on, saying that "I just don't think as a conservative and someone who believes in business that we should be out there playing the games that the Democrats play, saying somehow capitalism is bad."