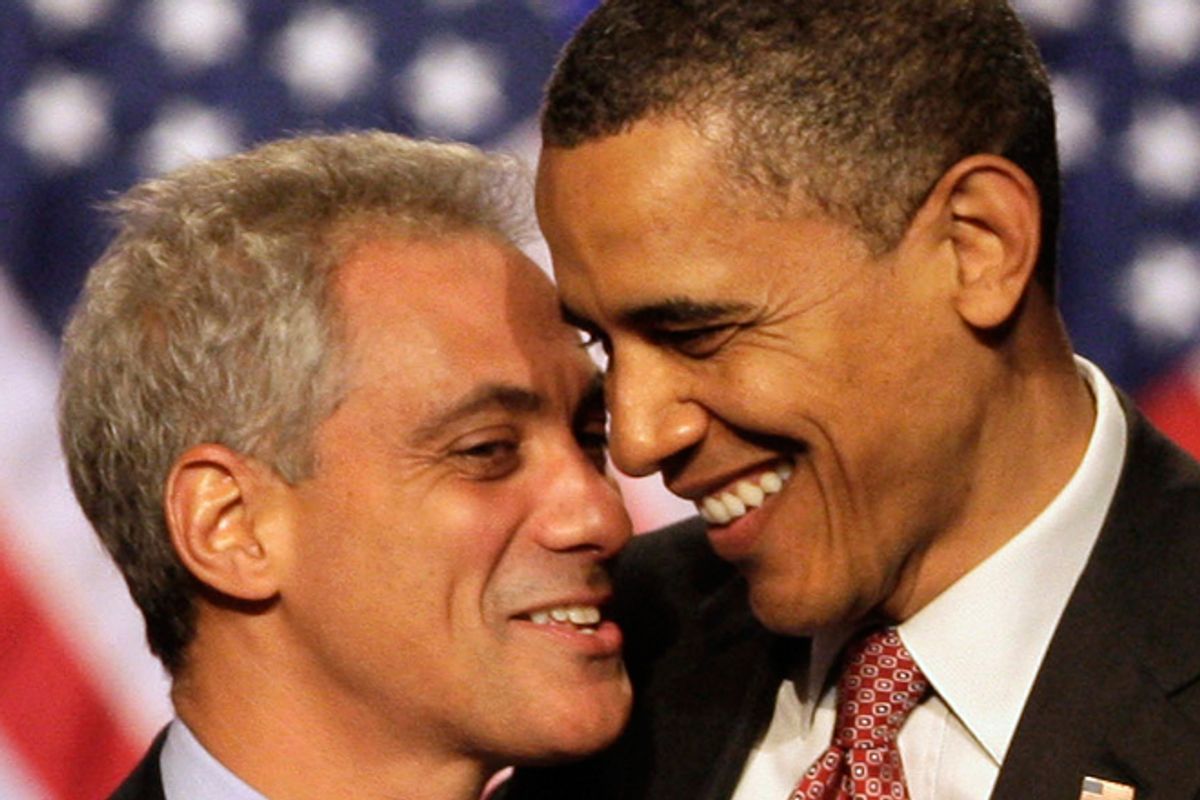 In the first week of November 2008, tens of thousands of people gathered in Chicago to watch dewy-eyed as Barack Obama won the presidential election, believing, as the then-president-elect said in his victory speech, that "this time must be different." This week, the Windy City is welcoming large crowds again -- but as was made clear by a small protest action Monday -- the president is not the sweetheart of these Chicago masses, which are assembling for a week of actions and protests surrounding the NATO summit.

Eight people were arrested Monday during a protest at Obama's 2012 campaign headquarters. The rally, organized by social justice and anti-war group Catholic Workers, was the first organized demonstration -- and the first instance of arrests -- relating to the NATO counter-protests. It was small (just over two dozen participants assailed security and stormed the campaign headquarters and read a statement inside) but set a tone for actions later this week in asserting that the president and Democratic Party are protest targets alongside NATO generals and corporations like Boeing, who receive large government defense contracts.

For months the question has hovered over Occupy supporters, many of whom are attending NATO protests, partly organized by Occupy Chicago, from across the country: How many of them will manifest as Democratic voters come November? Will the energy that has brought hundreds of thousands into streets and parks across the country over the past half year be co-opted by the party machine? Of course, the small Catholic Workers demonstration is no indication either way. It will be interesting to watch, however, as the week of permitted and unpermitted protest actions continue in the city Obama calls home, the ways in which Mayor Rahm Emanuel and the president are willing to crack down on the dissenting crowds whose support they will ask for in November.