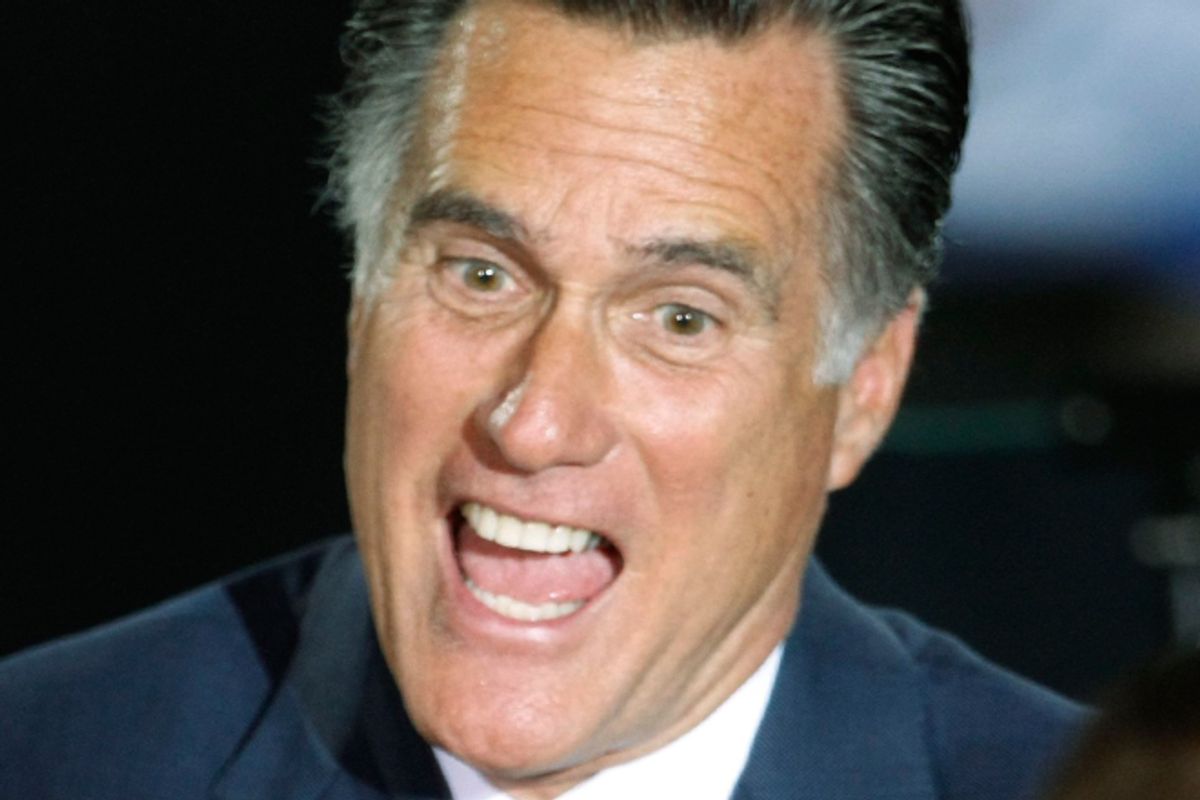 Former Obama auto "czar" Steve Rattner stepped on his old boss's message a little Monday morning, telling the folks on "Morning Joe" that President Obama's just-released ad blasting Mitt Romney's Bain career was "unfair." As Rattner explained: “Bain Capital’s responsibility was never to create 100,000 jobs, or some other number, it was to make profits for its investors.” Rattner is a big Democratic Party donor who worked at Lehman Brothers before starting his own private equity firm, Quadrangle (where he was accused of participating in a New York state pension fund kickback scheme and paid millions of dollars in settlements without admitting wrongdoing).

Rattner's reaction to Obama's tough Bain ad shows why Democrats have had a hard time capitalizing on anti-Wall Street sentiment among worried, screwed-over American voters: because for the last 20 years, at least, they've too often done Wall Street's bidding almost as reliably as the GOP.

But Obama is to be praised for his aggressive rollout of RomneyEconomics.com, which features the new ads. The president is going to have a problem with voters who are not seeing signs of the economic recovery, particularly working-class whites who didn't go to college. He probably can't win a majority, but he has to defend his margin in 2008, when he did better with that group than John Kerry or Al Gore before him. He may not be able to do much before the election to make those voters feel less economic pain, but he can make clear that Romney would only make their pain worse. Because that's what he's done his whole career.

Obama's new ad released Monday, which will run in the swing states of Iowa, Ohio, Pennsylvania, Virginia and Colorado, features laid-off workers from GST Steel in Kansas City describing how Romney's Bain Capital acquired their employer and gutted it. GST went into bankruptcy in 2001, throwing 750 employees out of work with no health benefits and reduced pensions. Ultimately the federal government had to spend $44 million to bail out its pension fund. But Bain made $12 million on its original $8 million investment, along with another $4.5 million in "consulting fees." This wasn't an unusual situation for Bain: 22 percent of the company's investments ultimately wound up in bankruptcy, but the company made healthy profits and consulting fees nonetheless.

"Bain Capital walked away with a lot of money that they made off this plant," steel worker John Wiseman says. "We view Mitt Romney as a job destroyer."

If that sounds familiar, that's because Republican primary opponents Newt Gingrich and Rick Perry made similar charges against Romney. Obama's ad accuses him of "vampire capitalism"; Perry accused him of "vulture capitalism." Either one works for me. But the class warfare appeal didn't seem to work in the GOP primary, where party leaders were more concerned about protecting business than trying to fake populism, and smacked down Gingrich and Perry for emulating Obama's rhetoric. Will it work in November?

I think it will, as long as Obama combines it with practical proposals to ease the unemployment and underemployment crisis. One Wall Street Journal story that didn't get enough attention last week found that if it wasn't for public sector layoffs, the nation's unemployment rate would be at roughly 7 percent. And those layoffs have been concentrated in red states, particularly Texas, Ohio, Wisconsin, Indiana, Michigan and Florida, where high-profile GOP governors have been spreading the pain on a state level that Paul Ryan would like to extend nationally. The nation's unemployment crisis is at least partly a Republican production.

The economy is all Romney has against Obama. Just Monday morning, Romney spokesperson Andrea Saul falsely but energetically claimed that "Mitt Romney helped create more jobs in his private sector experience and more jobs as Governor of Massachusetts than President Obama has for the entire nation." They're brazen; they'll keep repeating that without evidence. The most recent Gallup poll shows that 61 percent of voters say Romney would do a “good or very good job” with the economy if elected president. The CBS/New York Times poll released Monday showed Romney up over Obama by 3 points, with voters saying the economy was the most important issue to them. (The poll needs an asterisk because it's following up with an earlier group of voters previously sampled, and only got in touch with two-thirds of them, which some analysts say could skew the results.)

But most voters haven't tuned in to the presidential campaign yet. It's important that Obama help those voters understand that Romney's touted "experience" with the economy has more to do with job destruction than creation. The Obama ad features Romney saying, "I know why jobs come and why they go." That last part is true. He certainly knows "why jobs go": because guys like him make a fortune eliminating them.