Dems’ best friend: The GOP base 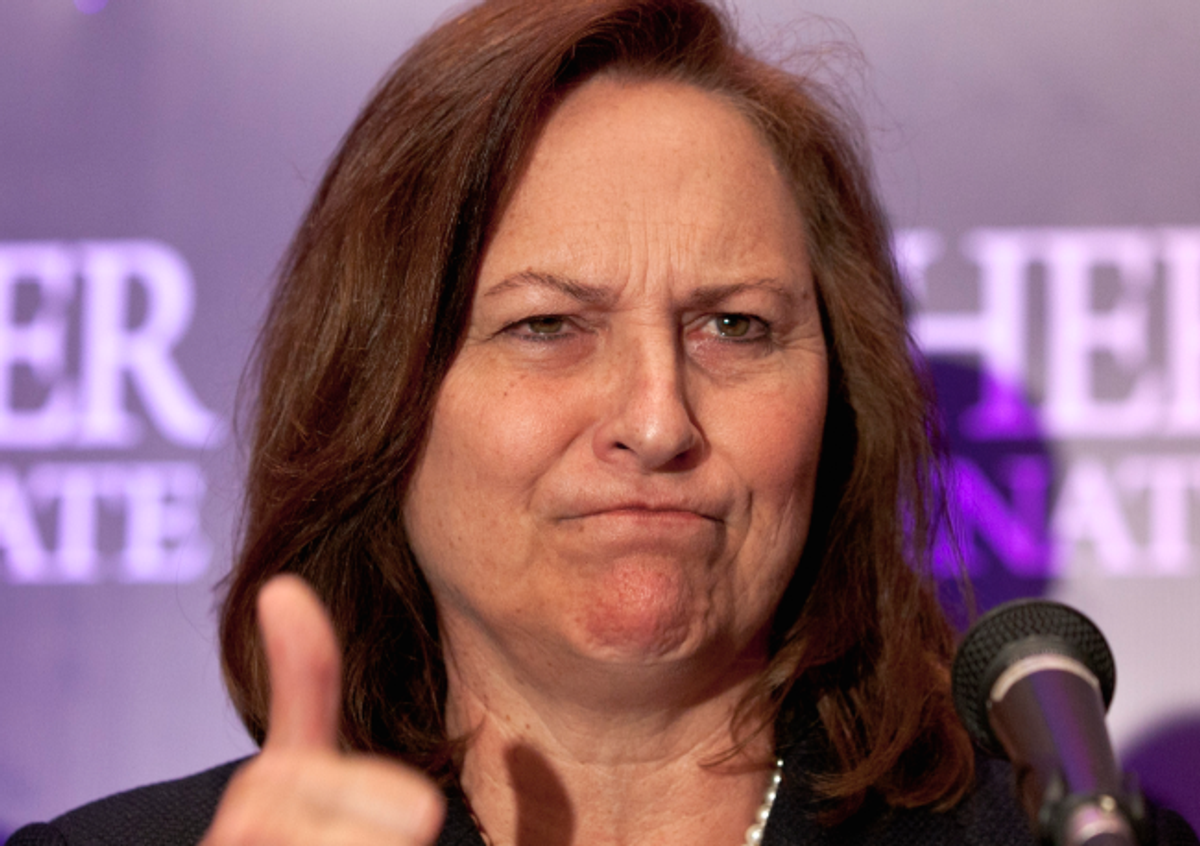 At the very least, the Republican Party base’s revolt against its own establishment cost the GOP a 50-50 Senate tie in 2010, with primary voters forcing unelectable nominees on the party in three races that it had otherwise been on course to win. A decent case can be made that the uprising actually cost Republicans outright Senate control.

And now the same thing may be happening all over again, with Nebraska joining a growing list of unexpected 2012 Senate battlegrounds – at least for the moment.

The impetus is the surprise victory of Deb Fischer, a little-known state legislator, over two seasoned opponents in Tuesday’s Nebraska Republican Senate primary. Fischer’s candidacy seemed dead in the water until about a week ago, when she was endorsed by Sarah Palin. A last-second ad blitz from a super PAC controlled by the founder of Ameritrade added to her momentum, and Fischer ended up beating out state Attorney General Jon Bruning, who had been the favorite, by 5 points.

The outcome was greeted with immediate joy by Democrats, with the DSCC putting out a statement calling Fischer an “untested” and “accidental” nominee for the seat being vacated by Democrat Ben Nelson. The hope for Democrats is that the 61-year-old Fischer, who has represented a rural western Nebraska district in the state Senate since 2005, will melt under the spotlight of a high-stakes general election contest – much the way Sharron Angle, Christine O’Donnell, Ken Buck and Joe Miller did in 2010.

This may prove to be wishful thinking. Fischer could end up being a perfectly competent candidate, one who isn’t prone to erratic behavior and pointlessly inflammatory rhetoric and who doesn’t have any serious skeletons in her closet. Certainly, she showed strong communication skills in her acceptance speech Tuesday night. And because of Nebraska’s deep red shading and its particular antipathy toward Democrats in the Obama era, Fischer’s margin for error is probably substantial. The same mistakes that derailed Angle in Nevada may only be the difference between, say, a 20- and 10-point win in Nebraska.

That said, Fischer absolutely is an untested candidate. Bruning and the race’s other major candidate, state Treasurer Don Stenberg, spent months firing shots at each other and gobbling up all of the attention. The intensity of their battle probably helped create the opening that Fischer seized, but the late timing of her surge also spared her from facing much in the way of media scrutiny or attacks from her rivals. She raised and spent very little money, and not much is known about her.

For Democrats, that’s reason to cheer. Had Bruning (or even Stenberg, a veteran of eight previous statewide campaigns) won the primary, the general election race would have been a snore. Polls showed both men comfortably ahead of the Democratic candidate, former Sen. Bob Kerrey, who won elections in the state in 1982 (for governor), 1988 and 1994, back when he was something of a local hero. But Kerrey spent the last decade running the New School in New York and hasn’t been on a Nebraska ballot in 18 years. Partisan divisions have hardened since then, and Kerrey now faces cries of carpetbagging.

There are no meaningful Fischer/Kerrey poll numbers out yet. Presumably, the GOP nominee will begin with a solid lead, just because this is Nebraska (and because right now she embodies a neat underdog story). The question is how she’ll hold up, and on that score there’s some real doubt, which means that Nebraska is in play, at least provisionally.

Add in Indiana, where the Tea Party-aligned Richard Mourdock knocked off Dick Lugar last week, and two GOP primaries in one week have resulted in a surprise general election opportunities for Democrats. And primary season isn’t over yet. As Josh Kraushaar notes, the GOP’s grass roots seem poised to rise up against former Gov. Tommy Thompson in Wisconsin; that race is already considered a tossup, but a weak GOP nominee could tip the scales.

Other developments over the last year have also bolstered Democrats’ chances of holding the Senate, including the emergence of Elizabeth Warren in Massachusetts (her recent troubles notwithstanding), Olympia Snowe’s unexpected retirement in Maine, and encouraging news from Arizona and maybe even North Dakota. What looked like an awful Senate map for Democrats at the start of this cycle has come to seem more manageable – even more so after Tuesday night’s shocker in Nebraska.