After conservative upsets in Indiana and Nebraska, these GOP senators should fear primary challenges in 2014 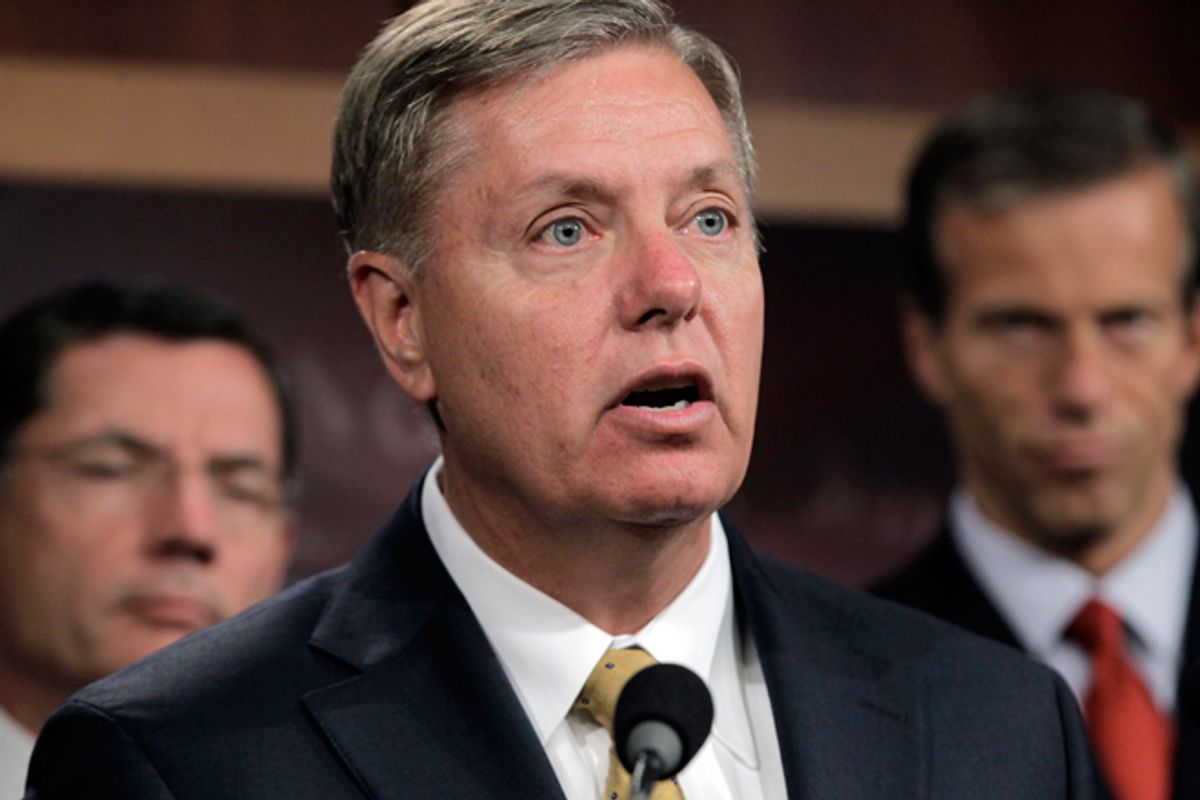 What may be most notable about the surprise triumph yesterday of a Sarah Palin-backed insurgent in Nebraska’s Republican Senate primary is how routine these sorts of things are becoming.

Deb Fischer’s late charge to victory wasn’t really rooted in ideology. As Hotline’s Reid Wilson points out, she’s actually racked up a (somewhat) moderate record in the Nebraska legislature, and has some personal connections to the state’s leading GOP establishment figures.

But most GOP primary voters probably didn’t know this. Fischer came to the race with little money or name recognition and spent virtually all of the campaign toiling the shadows of her two better-known opponents. The Palin endorsement came just a week before the primary, giving Fischer a sudden jolt at just the right time. It may be that all Republican voters really knew about her was that she was a rancher and a conservative (per the ads she ran), that she had Palin’s support, and that she wasn’t her rivals. And that was enough to pull out a victory that no one saw coming.

So even if Fischer isn’t a classic Tea Party conservative, she still managed to tap into the same basic aversion to establishment figures and appetite for outsiders that has produced some seismic GOP primary upsets in the Tea Party-era. And the fact that it comes just a week after six-term Senator Richard Lugar was crushed by 20 points in an Indiana primary underscores how severely the power of Republican incumbents and establishment heavyweights to beat back primary challenges has been reduced.

There could be some more Nebraska-like upsets in Senate primaries this year, but no other sitting senator is expected to be denied re-nomination as Lugar was. But 2014, when 13 more Republican senators are due to face the voters, could be a different story. After 2010, when primary season chaos derailed the GOP’s hopes of winning back the Senate, there was hope among the party’s establishment that the base’s restiveness would die down and that order would be restored. That hasn’t happened, obviously, so it’s probably time to look at which Republican senators should be – and probably are – sweating the most about '14:

Lindsey Graham (South Carolina): Graham, a long-time irritant to national conservative leaders, is the face of the compromise-friendly approach to governing that the GOP base is revolting against. And South Carolina is arguably ground zero for the Tea Party revolt, home of Sen. Jim DeMint and the “four horsemen” quartet of true believer House freshmen. Any of them could be a viable primary foe against Graham (and one of them, Trey Gowdy, already beat an incumbent, then-Rep. Bob Inglis, by 42 points in a 2010 primary). Graham has said he expects to get a primary challenge, which seems inarguable.

Saxby Chambliss (Georgia): Chambliss, too, says he expects a primary. His voting record is reliably conservative (a career mark of over 90 percent from the ACU), but he was part of the bipartisan Gang of 6 deficit reduction negotiations last year and argued that tax increases had “to be part of the mix.”

Lamar Alexander (Tennessee): His reputation as a moderate has never quite matched up with his voting record, but the 71-year-old Alexander seems cut from the same cloth as Lugar – collegial manner, lots of talk of cooperation with the other side, occasional breaks with party orthodoxy, and a voting record that’s reliably Republican overall. But his age, his image, and his decades in state and national politics (he was governor from 1979 to 1987 and ran for president in 1996 and 2000) make him particularly vulnerable to an anti-establishment uprising. Alexander could take some consolation from the fact that his fellow Tennessee senator, Bob Corker, escaped a serious primary challenge this year.

Mitch McConnell (Kentucky): One of McConnell’s biggest humiliations came in 2010, when he threw his vaunted home state political operation behind Trey Grayson, only to watch his protégé lose the GOP Senate primary to Rand Paul. A five-term incumbent, the 70-year-old McConnell reeks of Washington insiderdom, so there’s plenty of speculation that he’ll be a primary season target. But there’s good news for McConnell: Paul is now on board with his ’14 reelection effort, and other veterans of Paul’s ’10 campaign are sending similar signals. For now, McConnell seems to be in good shape, but as the Senate’s GOP leader, there’s always a chance his fingerprints will end up on a legislative compromise that infuriates the base.

Pat Roberts (Kansas): He’s old (76) and has been on Capitol Hill for 32 years – the first 16 in the House and the last 16 in the Senate. He’s also a quiet, behind-the-scenes player whose voting record is only now evolving to synch up with the GOP base’s prevailing mood. It wouldn’t be too hard for an opponent to portray Roberts as a tired insider with Potomac Fever. Plus, the Kansas Republican Party is unusually prone to civil war. Roberts could provide an inviting target for, say, Kris Kobach, the youthful Kansas secretary of state who has become the leading national voice of the anti-immigration right.

Thad Cochran (Mississippi): This marks Cochran’s 40th year in Congress. He was elected to the House in 1972, then replaced James Eastland in the Senate in 1978. At the time, Cochran was a trailblazer, the first Republican since Reconstruction to win a statewide race in Mississippi. But the post-civil rights migration of southern white voters to the GOP is now complete, and today Cochran is one of many. If anything, he hasn’t kept pace, with a voting record that’s not quite as conservative as where his party is. A bigger problem, though, could be Cochran’s fondness for earmarks, a key marker of insider-ness in today’s GOP. Cochran might be higher on this list if it weren’t for his weak fundraising and noncommittal answers about running again – strong hints that he’ll end up calling it a career at 77 years old.

Susan Collins (Maine): Collins’ voting record places her decidedly to the left of her GOP colleagues and Maine was home to one of the Tea Party’s signature 2010 triumphs – Paul LePage’s out-of-nowhere gubernatorial primary win (which was followed up by a narrow November victory). Collins, who was first elected in 1996, could be vulnerable if a challenger emerges, but it’s not clear one will – just consider the failure of the grassroots to mobilize against Olympia Snowe before Snowe’s unexpected retirement announcement earlier this year. Plus, Maine loves independents – it’s elected two of them governor since the 1970s, nearly anointed a third in 2010, and is on its way to sending one (Angus King) to the Senate this year. Collins may have the same insurance policy that was always there for Snowe: If things get too rough in her own party, the option of an independent bid will be there.

Obviously, this is a preliminary and speculative list. Some of these Republicans may end up coasting in 2014, and others who aren’t mentioned could find themselves in unforeseen peril.

What’s really worth watching is how the fear of a primary challenge weighs on all of their actions in the Senate going forward. How many of them will mimic Orrin Hatch – who was so spooked by the ’10 defeat of his fellow Utah Republican, Bob Bennett, that he reinvented himself as an abrasive, compromise-hating partisan warrior? Hatch’s primary is in six weeks – and he’s expected to survive.