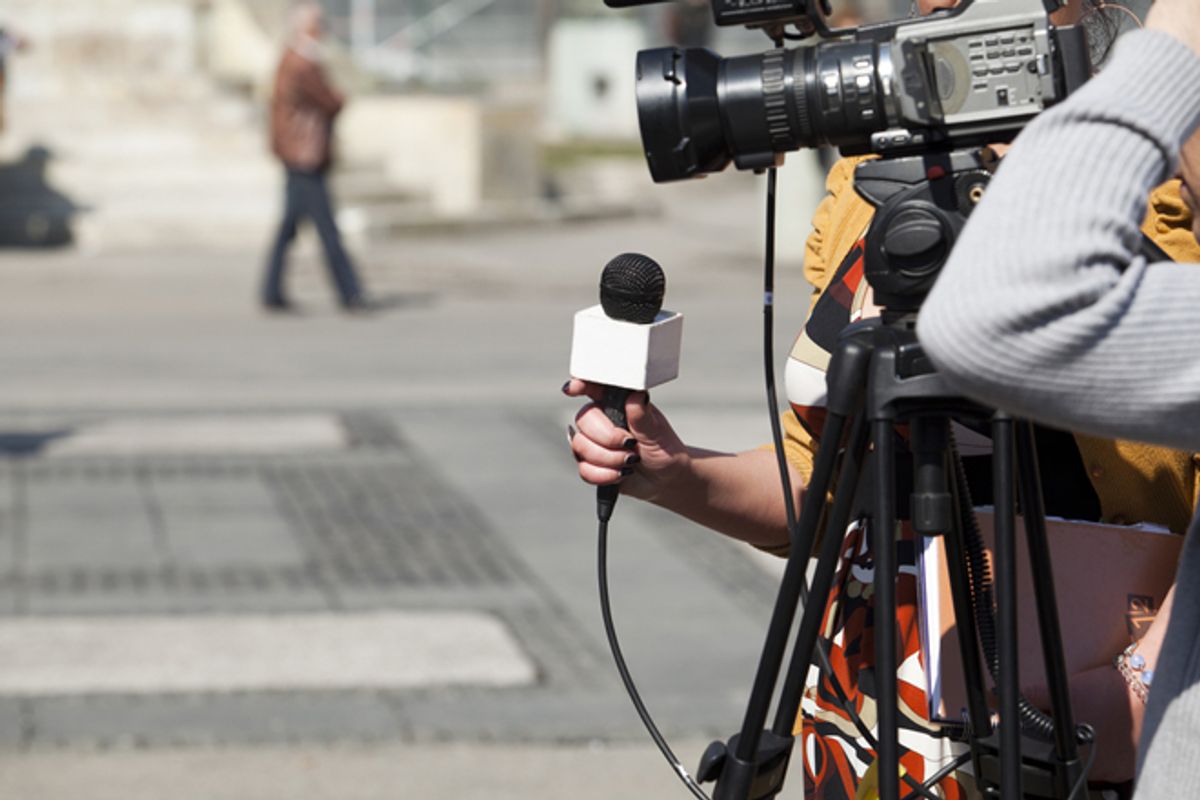 World Press Freedom Day came and went earlier this month. While it’s important to take a day to recognize our right to speak and share information, threats to our First Amendment freedoms happen all the time, everywhere.

It’s a threat that will become very real for those covering the street protests expected this weekend at the NATO summit in Chicago.

Just ask Carlos Miller. The photojournalist has been arrested three times. His “crime?” Attempting to photograph police actions in the U.S. Most recently, in January, Miller was filming the eviction of Occupy Wall Street activists from a park in downtown Miami.

In twist that’s become too familiar to many, the journalist became the story as police focused their crackdown on the scrum of reporters there to cover the eviction. Miller came face to face with Officer Nancy Perez, who confiscated his camera and placed him under arrest.

And Miller is not alone. Since Occupy Wall Street began last September, more than 75 journalists have been arrested.  My colleague Josh Stearns has chronicled these arrests since the movement’s earliest days. Stearns expects to see an uptick in arrests as thousands of protesters and reporters converge on Chicago.

Radical Transparency and the Police

The ubiquity of camera-ready smartphones has spawned legions of “live-streamers” who can be found at every large-scale protest streaming a close-up account of almost every arrest. It’s a new form of journalism that’s open to anyone with a mobile phone and the resolve to get between police and protesters.

In the chaos of these events, many live-streamers have been snared in mass arrests. Others are deliberately targeted by officers who aren’t accustomed to the radical transparency of the smartphone era.

Tim Pool has seen the live-streaming phenomenon grow exponentially since he first started streaming Occupy Wall Street protests using a Galaxy S2 mobile phone. “Most of the people are live-streaming because they think the mainstream media isn’t telling the story that needs to be told,” he said.

The live audience for Pool’s coverage peaked above 30,000 viewers during last year’s Occupy evictions, making Pool’s raw and unedited reporting a model hundreds of other live-streamers have followed.

Pool plans to organize a global collective of live-streamers to create an alternative news network that gets the story live on the streets before the traditional news vans arrive. “There are not enough streamers for breaking 24-hour global news coverage,” he says, “but we’re getting pretty close.”

The ubiquity of smartphones has contributed to America’s decline as a champion of free speech and freedom of the press. The U.S. dropped to 22nd place on Freedom House’s annual ranking of press freedoms. We’re now tied with Estonia and Jamaica. Our flagging status is due to the “detentions, rough police tactics, and other difficulties encountered [by those] covering protests associated with the Occupy movement,” according to Freedom House.

The First Amendment a ‘Nuisance’

Many arrests result from snap judgments officers make when encountering a swarm of smartphone-carrying citizen reporters.

People, and even police officers, often don’t understand our rights with regard to public photography. At the local level the newsgathering rights of every individual, whether credentialed as a journalist or not, become even murkier.

But that’s changing. In January, the Justice Department filed a statement urging the U.S. District Court of Maryland to uphold an individual’s “First Amendment right to record police officers in the public discharge of their duties” and to find that “officers violate citizens’ Fourth and Fourteenth Amendment rights when they seize and destroy such recordings without warrant or due process.”

In late March, Simon Glik won a civil suit against the City of Boston, after the First Circuit Court of Appeals unanimously ruled against his arrest for attempting to record police brutality. The court found that Glik had a “constitutionally protected right to videotape police carrying out their duties in public.”

In early May, the U.S. Court of Appeals for the Seventh Circuit ordered a preliminary injunction against the Illinois Eavesdopping Act, which made the recording of police officers without their consent a felony, punishable by four to 15 years in prison.

Police departments like having a degree of flexibility in interpreting the law as it gives their officers loose rein to arrest anyone they deem a nuisance, even when they know their case will collapse before the courts.

“When I have been confronted by officers the implicit threat is that if I continued to videotape, they would take away my liberty,” says advocacy journalist Bill Huston. Police have harassed Huston as he’s attempted to record public events related to the fracking controversy in Pennsylvania and New York.

“Even though this is constitutionally protected behavior, the police will intimidate you and demand that you follow their orders,” he said. “Even though we get a legal remedy in the courts we are still prevented from videotaping on the scene. Our rights are still violated. This is not how the system is supposed to work.”

Though cases involving our right to record have not yet reached the Supreme Court, it may only be a matter of time. Thus far most of the lower courts have found a rock-solid First Amendment argument for taking photos and video of law enforcement officers in public.

While the media landscape has changed, our First Amendment rights haven’t. Freedom of the press is more important, not less, when anyone with a mobile phone and an Internet connection can act as a journalist.