Updated: Right-wing hacks are again insisting that the president was born overseas, but say they aren't birthers 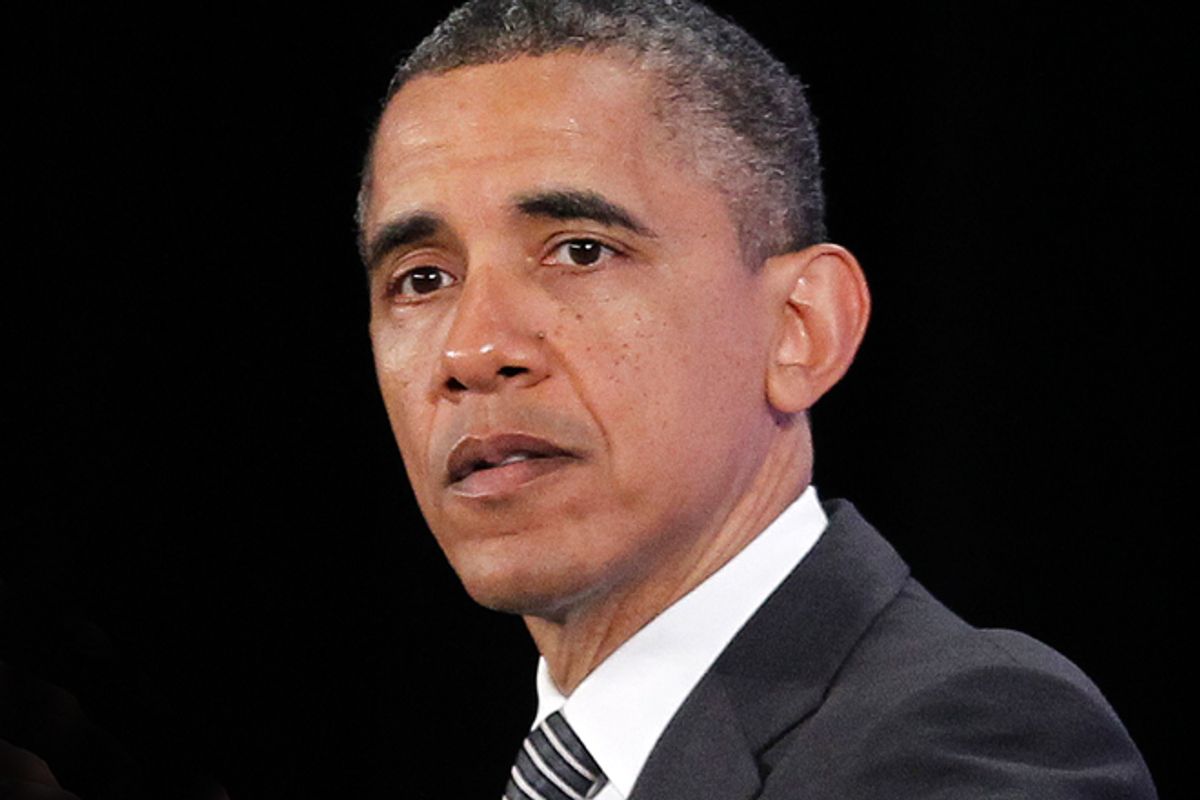 [Correction Appended] One of the Breitbart dopes has a SCOOP: Some sort of ancient press release says Barack Obama was born ... in Kenya. IMPEACH. Retroactively install John McCain, we have so much Iran bombing to make up for.

This particular dope -- Joel Pollak, some guy -- says he is totally not a birther, at all, whatever gave you that idea, but it is very important that this forgotten old publicity pamphlet from a literary agent for a book project that never happened be unearthed and heavily hyped now, because the president was not properly "vetted" in 2008. (The idea that the president is a secret radical whose secret radicalism was not properly explored by the mainstream media is a stupid conspiracy theory that is almost as ridiculous as birtherism, by the way. We have proof that the president is not a secret radical leftist, and it is "his entire political career including his first term as president of the United States.")

But what does producing this old booklet (that Obama did not write) with a factual error have to do with "vetting," exactly? Well, Pollak explains that it fits a "pattern in which Obama -- or the people representing and supporting him -- manipulate his public persona," by which he means "this is pointless bullshit that we're publishing to stir up the birthers and look it worked plus we got a big Drudge link."

Regardless of the reason for Obama's odd biography, the Acton & Dystel booklet raises new questions as part of ongoing efforts to understand Barack Obama--who, despite four years in office remains a mystery to many Americans, thanks to the mainstream media.

IMPORTANT NEW QUESTIONS ARE BEING RAISED. This editing error that Obama had nothing, personally, to do with is part of a pattern of Obama deceiving people by allowing them to believe insane things about him.

Now, coincidentally, the Arizona secretary of state is playing the "I'm not a birther but on the other hand let's indulge the birthers" game. The president might not be eligible to be on the Arizona ballot, because of a petition, according to Ken Bennett, an American state's No. 2 elected official. Vetting is so fun!

So, on the one hand, we have Barack Obama's birth certificate(s), two newspaper announcements, a couple of witnesses, and nearly every single other newspaper and media account up to the point at which the birther conspiracy was invented circa late 2007. On the other hand, we have an author's bio he didn't write from 1991, and a petition. Obviously there is much more "vetting" to do, before we finally find the one piece of secret buried evidence that proves that it was a horrible accident that a majority of voters picked the socialist Muslim in 2008. Wake up, sheeple, etc.

[Correction: I mistakenly attributed the Big Government story to Ben Shapiro, but it was written by Joel B. Pollak. I apologize to Ben.]