Romney and the GOP insist the economy is more important than social issues. Why can't we address both? 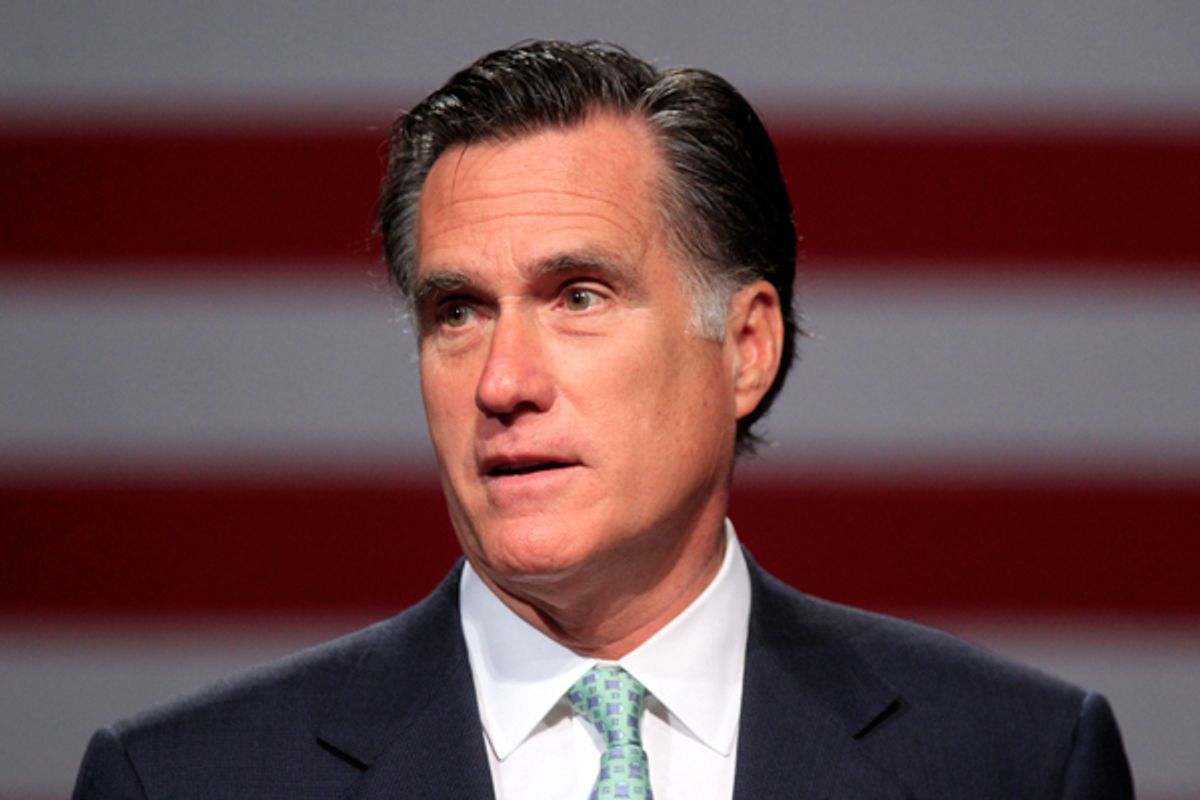 One of the most overused metaphors in a writer’s arsenal is the one about “walking and chewing gum at the same time.” As a hiker and Big League Chew enthusiast, I particularly hate this cliché. Nonetheless, I feel it is fitting right now because it so perfectly summarizes the argument being made by Republicans. They now insist that America cannot simultaneously walk the walk on equal rights and also chew economic gum.

In the last week, Colorado was the testing ground for this talking point. At the presidential level, Republican nominee Mitt Romney criticized a Denver television reporter for daring to ask about his position on, among other issues, same-sex marriage. Before restating his opposition, he scoffed at the question, asking: “Aren’t there issues of significance that you’d like to talk about [like] the economy? The growth of jobs? The need to put people back to work?”

At the same time, Colorado's Republican House Speaker Frank McNulty twice blocked a vote on a bill to legalize civil unions. His rationale? “We should not be spending time on divisive social issues when unemployment remains far too high and [when] far too many Coloradans remain out of work,” he said. Echoing that sentiment, the shadowy Republican front group Compass Colorado financed an automated telephone call telling thousands of voters that the push for civil unions was unacceptable because it is “promoting [a] divisive social agenda over Colorado job creation.”

Obviously, it’s perplexing to see the Republican Party allege that social issues are insignificant and “divisive.” This is, after all, the party whose most recent presidential nominating contest was dominated by attacks on contraception -- the same GOP whose politicians have made an art out of riding a “guns, god and gays”-focused agenda to electoral victory.

But while such naked hypocrisy is enraging, the substance of the Republican rhetoric about gay rights is downright offensive. Essentially, conservatives are asserting that we cannot extend equal rights to all Americans and fix the economy. In the process, they are deliberately insinuating that the twin goals are somehow contradictory.

Well, you might ask, do they have a point? History says no. Our country’s story is the story of multitasking -- a tale of extending the franchise to women while passing progressive legislation to deal with crushing economic inequality, a tale of both passing civil rights legislation and creating Medicare.

In light of such achievements, would anyone retroactively argue that America should have opposed the campaign to let women vote because the economy was so bad in the early 20th century? Would anyone insist that lawmakers should have halted civil rights legislation in the 1960s because there was a simultaneous need for a War on Poverty? Probably not, because most of us recognize such arguments for what they are: diversionary non sequiturs whose real goal is to preserve institutional bigotry and prejudice.

That’s the same objective of today’s GOP when it comes to rights for same-sex couples. For proof, just consider the abruptness of the shift: the Republican Party that spent the last decade insisting that we should simultaneously cut taxes, prosecute foreign wars and fight to limit a woman’s right to choose an abortion now suddenly says we can’t even discuss equal rights because of a recession.

The language changed not because the new “can’t walk and chew gum” mantra makes sense (seriously -- would any sane person really claim that a bad economy justifies continued persecution of lesbians, gay, bisexual and transgender people?). It changed because the cause of equal rights is involved. And, clearly, that cause is what today’s Republicans are now most committed to stopping -- no matter how much their flawed logic indicts their credibility.